Netanya in Central District with it's 171,676 inhabitants is a city in Israel about 44 mi (or 71 km) north-west of Jerusalem, the country's capital.

Local time in Netanya is now 09:38 PM (Friday). The local timezone is named Asia / Jerusalem with an UTC offset of 2 hours. We know of 12 airports in the vicinity of Netanya, of which 5 are larger airports. The closest airport in Israel is Sde Dov Airport in a distance of 16 mi (or 25 km), South. Besides the airports, there are other travel options available (check left side).

There are several Unesco world heritage sites nearby. The closest heritage site in Israel is White City of Tel-Aviv -- the Modern Movement in a distance of 19 mi (or 30 km), South. We found 3 points of interest in the vicinity of this place. If you need a place to sleep, we compiled a list of available hotels close to the map centre further down the page.

Depending on your travel schedule, you might want to pay a visit to some of the following locations: Tel Aviv, Karney Shomron, Ramla, Haifa and Nazareth. To further explore this place, just scroll down and browse the available info. 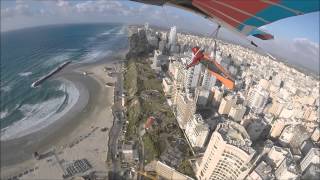 The Cliff Promenade in Netanya is considered to be one of the most beautiful in Israel. It's a nice place for walk, there are marvelous lawns, magnificent observation points, romantic sitting... 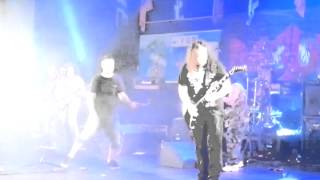 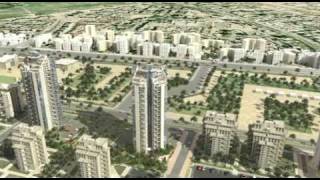 Two 35 story high towers in West Netanya. The project creates a gate to the prestigious neighborhoodIr Yamim near the ocean. The project includes 240 residential units. Entrepreneur: B. Yair.... 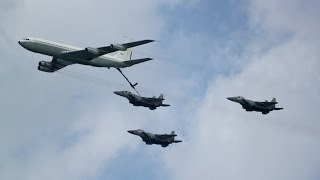 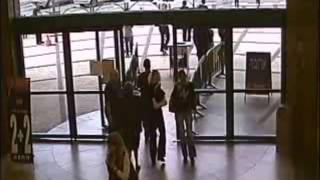 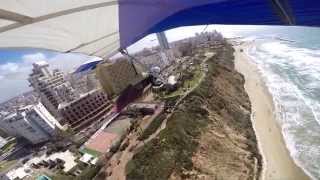 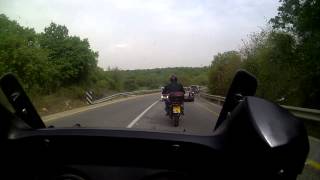 Sample of the action movie taken with the WDV500 installed in the handlebar of a motorcycle. 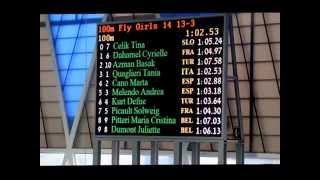 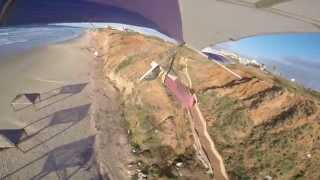 Sar-Tov Stadium, commonly known as HaKufsa (lit. The Box) is a football stadium in Netanya, Israel. It was used mostly for football matches and was the home stadium of Maccabi Netanya. It is set to be demolished to make way for a new housing development. Maccabi Netanya moved to the new Netanya Stadium.

Laniado Hospital, also known as the Sanz Medical Center, is a voluntary, not-for-profit hospital in Kiryat Sanz, Netanya, Israel, serving a regional population of over 450,000 in Netanya and the Sharon plain. Opened in 1975 by Rabbi Yekusiel Yehudah Halberstam, the first Klausenburger Rebbe, Laniado Hospital is run according to Jewish law and is known as the only hospital in Israel which has never closed due to a strike.

Netanya Railway Station is an Israel Railways passenger station located in the city of Netanya and serves the city, with its large industrial zones, as well as other small communities in the area.

Yeshurun Hall, is an indoor basketball hall in Netanya, Israel. Yeshurun is home to the Maccabi Elitzur Netanya B.C..

The Central Library for the Blind, Visually Impaired and Handicapped (Israel)

The Central Library for the Blind, Visually Impaired and Handicapped (Israel) supplies people who cannot read books, for various disabilities, with books which are suitable for them, either in Braille, large print or recorded formats.

Kiryat Sanz is a Haredi neighborhood located at the northwestern end of Netanya, Israel. Founded in 1956 by the previous Klausenburger Rebbe, Rabbi Yekusiel Yehudah Halberstam, who established his court here in 1960, Kiryat Sanz is the world center for Sanz-Klausenburg Hasidism. The Rebbe's son and successor, Rabbi Zvi Elimelech Halberstam, known as the Sanzer Rebbe, holds his court here.

The 2001 Netanya bombing was a suicide bombing which occurred on March 4, 2001 at the center of the business district of Netanya, Israel. Three people were killed in the attack and over 60 people were injured.

These districts belong to Netanya.

These are districts that are close by, but belong to a different city than Netanya.

These are some bigger and more relevant cities in the wider vivinity of Netanya.