Stare Miasto in Kraków (Województwo Małopolskie) is located in Poland about 157 mi (or 252 km) south of Warsaw, the country's capital.

Local time in Stare Miasto is now 09:35 AM (Thursday). The local timezone is named Europe / Warsaw with an UTC offset of one hour. We know of 9 airports in the wider vicinity of Stare Miasto, of which two are larger airports. The closest airport in Poland is John Paul II International Airport Kraków-Balice Airport in a distance of 7 mi (or 11 km), West. Besides the airports, there are other travel options available (check left side).

There are several Unesco world heritage sites nearby. The closest heritage site in Poland is Historic Centre of Kraków in a distance of 1 mi (or 2 km), East. If you need a place to sleep, we compiled a list of available hotels close to the map centre further down the page.

Depending on your travel schedule, you might want to pay a visit to some of the following locations: Krakow, Michalowice, Swiatniki Gorne, Mogilany and Wieliczka. To further explore this place, just scroll down and browse the available info.

La Fontaine B & B 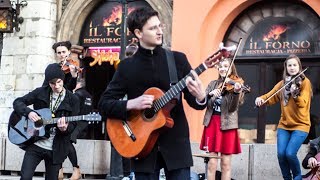 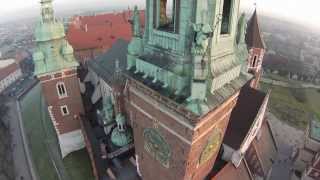 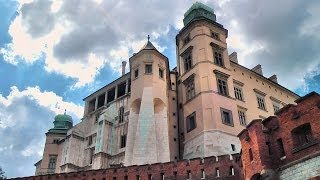 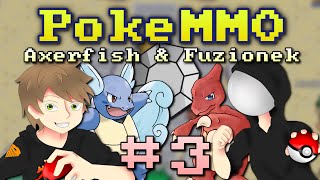 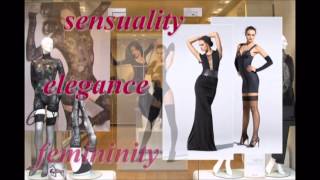 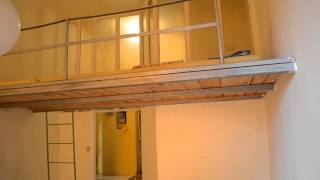 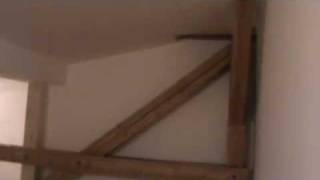 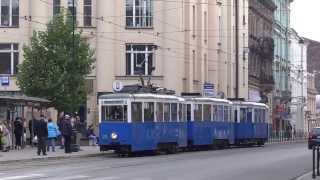 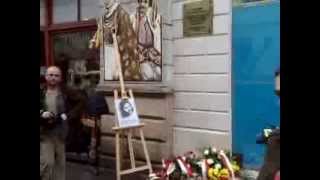 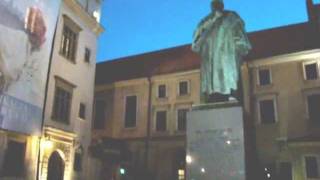 Kraków also Cracow, or Krakow, is the second largest and one of the oldest cities in Poland. Situated on the Vistula River in the Lesser Poland region, the city dates back to the 7th century. Kraków has traditionally been one of the leading centres of Polish academic, cultural, and artistic life and is one of Poland's most important economic hubs.

The Free, Independent, and Strictly Neutral City of Kraków (Cracow) with its Territory (Polish: Wolne, Niepodległe i Ściśle Neutralne Miasto Kraków z Okręgiem), more commonly known as either the Free City of Kraków or Republic of Kraków, was a city-state created by the Congress of Vienna in 1815, and controlled by its three neighbours until 1846, when in the aftermath of the unsuccessful Kraków Uprising it was annexed by the Austrian Empire.

Church of Our Lady Assumed into Heaven (St. Mary's Church) - (Polish: Kościół Wniebowzięcia Najświętszej Maryi Panny), is a Brick Gothic church re-built in the 14th century (originally built in the early 13th century), adjacent to the Main Market Square in Kraków, Poland. Standing 80 m (262 ft) tall, it is particularly famous for its wooden altarpiece carved by Veit Stoss (Wit Stwosz). On every hour, a trumpet signal—called the Hejnał mariacki—is played from the top of the taller of St.

The Renaissance Sukiennice (Cloth Hall, Drapers' Hall) in Kraków, Poland, is one of the city's most recognizable icons. It is the central feature of the Main Market Square in the Kraków Old Town. It was once a major centre of international trade. Traveling merchants met there to discuss business and to barter.

The Main Square (Polish: Rynek Główny w Krakowie) is the main market square of the Old Town in Kraków, Poland and a principal urban space located at the center of the city. It dates back to the 13th century, and – at roughly 40,000 m² (430,000 ft²) – it is the largest medieval town square in Europe. Rynek Główny is a spacious square surrounded by historical townhouses, palaces and churches.

Town Hall Tower in Kraków, Poland (Polish: Wieża ratuszowa w Krakowie) is one of the main focal points of the Main Market Square in the Old Town district of Kraków. The Tower is the only remaining part of the old Town Hall (Ratusz, see painting, below) demolished in 1820 as part of the city plan to open up the Main Square. Its cellars once housed a city prison with a Medieval torture chamber.

Located at 50.0614, 19.9362 (Lat. / Lng.), about 0 miles away.
Wikipedia Article
Buildings and structures in Kraków, Towers in Poland, Visitor attractions in Kraków, City and town halls in Poland, Towers completed in the 13th century, Inclined towers

Adam Mickiewicz Monument in Kraków, (Polish: Pomnik Adama Mickiewicza w Krakowie), is one of the best known bronze monuments in Poland, and a favourite meeting place at the Main Market Square in the Old Town (Stare Miasto) district of Kraków. The statue of Adam Mickiewicz, the greatest Polish Romantic poet of the 19th century, was unveiled on June 16, 1898, on the 100th anniversary of his birth, in the presence of his daughter and son.

Located at 50.0614, 19.9378 (Lat. / Lng.), about 0 miles away.
Wikipedia Article
Buildings and structures in Kraków, 1898 sculptures, Monuments and memorials in Poland, Culture in Kraków, Bronze sculptures, Visitor attractions in Kraków

The Sukiennice Museum, a.k.a. Gallery of 19th-Century Polish Art at Sukiennice (Polish: Galeria Sztuki Polskiej XIX wieku w Sukiennicach), is a division of the National Museum, Kraków, Poland. The Gallery is housed on the upper floor of the Renaissance Sukiennice Cloth Hall in the center of the Main Market Square in Old Town Kraków. The Gallery holds the largest permanent exhibit of the 19th-century Polish painting and sculpture, in four grand rooms.

Kupa Synagogue is a 17th century synagogue in Kraków, Poland. It is located in the former Jewish quarter of Kazimierz developed from a neighborhood earmarked in 1495 by King Jan I Olbracht for the Jewish community, which has been transferred from the budding Old Town. Kupa Synagogue serves Kraków's Jewish community as one of the venues for religious ceremonies and cultural festivals, notably the annual Jewish Culture Festival in Kraków.

The Church of St. Adalbert or Church of St. Wojciech (Polish: Kościół św. Wojciecha), located to the side of the Main Market Square in Old Town, Kraków, is one of the oldest stone churches in Poland. Its almost one thousand year old history goes back to the beginning of the Polish Romanesque architecture of the early Middle Ages.

Muzeum pod Rynkiem Głównym w Krakowie is an underground museum in Kraków, Poland. It covers an area of more than 6000 square metres.

Italian House (also known as the Italian Kamienica, Montelupi House or Montelupi Kamienica, Polish: Dom Włoski w Krakowie, Włoska Kamienica, Kamienica Montelupich) is a kamienica building in Main Square, Kraków, Poland. It was rebuild in the 16th century by the Sebastian Montelupi, and served as a headquarters of the Polish Post, and one of the centers of the Italian culture in Kraków. The building is classified as a monument.

These are some bigger and more relevant cities in the wider vivinity of Stare Miasto.