Warsaw in Warszawa (Województwo Mazowieckie) with it's 1,702,139 habitants is located in Poland. It's the capital of this country.

Current time in Warsaw is now 10:37 AM (Monday). The local timezone is named Europe / Warsaw with an UTC offset of 2 hours. We know of 9 airports close to Warsaw, of which 3 are larger airports. The closest airport in Poland is Warsaw Chopin Airport in a distance of 5 mi (or 8 km), South-West. Besides the airports, there are other travel options available (check left side).

There is one Unesco world heritage site nearby. It's Historic Centre of Warsaw in a distance of 3 mi (or 4 km), North. We encountered 2 points of interest near this location. If you need a hotel, we compiled a list of available hotels close to the map centre further down the page.

While being here, you might want to pay a visit to some of the following locations: Zabki, Marki, Michalowice, Piaseczno and Babice. To further explore this place, just scroll down and browse the available info. 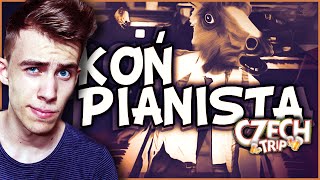 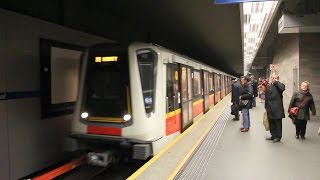 Metro in Warsaw - Siemens Inspiro , Poland The Warsaw Metro is the subway system in Warsaw , Poland. It is operated by Metro Warszawskie. I visited Warsaw in November 2014 and I've taken... 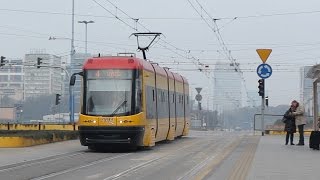 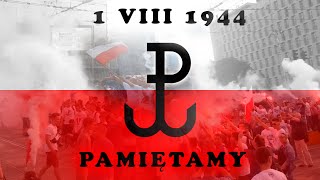 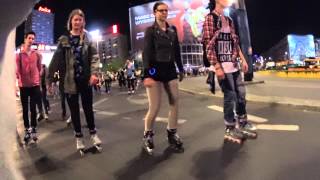 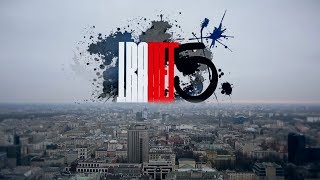 Trip to Warsaw-Kraków Poland 17’ between cold and squirrels !!!

my trip to Poland. 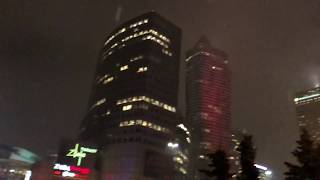 A short cold business trip to Warsaw, Poland. All shot from iPhone 8 Plus camera. 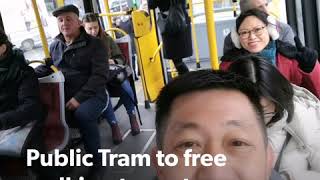 Warsaw, known in Polish as Warszawa, is the capital and largest city of Poland. It is located on the Vistula River, roughly 260 kilometres from the Baltic Sea and 300 kilometres from the Carpathian Mountains. Its population is estimated at 1,708,491 residents within a greater metropolitan area of 2,666,278 residents, making Warsaw the 9th most populous city proper in the European Union.

The Warsaw Uprising was a major World War II operation by the Polish resistance Home Army to liberate Warsaw from Nazi Germany. The rebellion was timed to coincide with the Soviet Union's Red Army approaching the eastern suburbs of the city and the retreat of German forces. However, the Soviet advance stopped short, enabling the Germans to regroup and demolish the city while defeating the Polish resistance, which fought for 63 days with little outside support.

Centrum is a station on Line 1 of the Warsaw Metro, located under Plac Defilad, a square in the borough of Śródmieście, next to the Dmowski roundabout, where the two main streets, Marszałkowska and Aleje Jerozolimskie, intersect. It is located close to the Palace of Culture and Science and Warsaw Central Rail Station. It has two levels, the lower one are the platforms and the upper one is a shopping gallery.

Aleje Jerozolimskie is one of the principal streets of the city of Warsaw in Poland. It runs through the City Centre along the East-West axis, linking the western borough of Wola with the bridge on the Vistula River and the borough of Praga on the other side of the river. The name of the street comes from a small village erected in 1774 by August Sułkowski for the Jewish settlers in Mazovia.

The Warsaw Uprising of 1794 (otherwise the "Warsaw Insurrection"; Polish: insurekcja warszawska) was an armed Polish insurrection by the city's populace early in the Kościuszko Uprising. Supported by the Polish Army, it aimed to throw off Russian control of the Polish capital city. It began April 17, 1794, soon after Tadeusz Kościuszko's victory at Racławice.

Marszałkowska (Marshal Street) is one of the main thoroughfares of Warsaw's city center. It links Bank Square in its north sector with Plac Unii Lubelskiej in the south.

Wesoła is one of the districts of Warsaw, and has been since October 27, 2002. Wesoła is located in the south-eastern part of city. Wesoła received town privileges on December 17, 1968. Then, the town included Wola Grzybowska, Wesoła, Groszówka, Grzybowa, Zielona and Stara Miłosna estates. The development of the area was determined by its locality to 3 important routes.

Plac Konstytucji (English: Constitution Square) is a proposed and planned Warsaw Metro station. It was included in the original plans, however it was temporarily dropped in 1989 due to budget constraints. As of 2009 this station is in hiatus - it is listed as a planned investment, but the last official update regarding its status dates to 2006. The proposed location of the station is the corner of Marszałkowska and Hoża streets, some 300 m north of the Constitution Square.

Warsaw Śródmieście (English: Warsaw Downtown) is a railway station in Warsaw, Poland in the district of Śródmieście. The station serves the suburban tracks of the Warsaw Cross-City Line, used by regional trains run by Koleje Mazowieckie and Szybka Kolej Miejska. There are two side platforms and one island platform serving two tracks, all located in a tunnel. The station is connected by an underground pedestrian passage to Warsaw Central railway station which serves long distance trains.

Plac Defilad w Warszawie (Parade Square) is a square in downtown Warsaw. Located between ulica Świętokrzyska (Holy Cross Street) in the north, Aleje Jerozolimskie (Jerusalem Avenues) in the south, ulica Marszałkowska (Marshal's Street) in the east and the monumental Palace of Culture and Science, Warsaw from the west, it is one of Warsaw's central squares. It is one of the youngest squares in Warsaw, built in the 1950s together with the Palace of Culture and Science.

The 1979 explosion at PKO Bank Polski’s Rotunda office in Warsaw took place on February 15, 1979, at 12:37 p.m. As a result, 49 people died and 135 were injured. Officially, the tragedy was caused by a gas explosion, but in the course of time much speculation appeared, and Varsovians talked among themselves that the building had been blown up by a bomb. Furthermore, to many the explosion served as a harbinger of future changes in Poland.

PKO Rotunda is a rotunda-type building of the PKO BP bank in Warsaw, Poland. Designed in 1960–1969 (chief architect was Zbigniew Karpiński), it was the site of the 1979 Warsaw gas explosion.

These are some bigger and more relevant cities in the wider vivinity of Warsaw.