Lublin in Lublin (Województwo Lubelskie) with it's 360,044 habitants is located in Poland about 95 mi (or 153 km) south-east of Warsaw, the country's capital town.

Current time in Lublin is now 01:44 AM (Friday). The local timezone is named Europe / Warsaw with an UTC offset of 2 hours. We know of 8 airports close to Lublin, of which one is a larger airport. The closest airport in Poland is Lublin Radwiec Airport in a distance of 8 mi (or 12 km), West. Besides the airports, there are other travel options available (check left side).

There are several Unesco world heritage sites nearby. The closest heritage site in Poland is Old City of Zamość in a distance of 48 mi (or 77 km), South-East. If you need a hotel, we compiled a list of available hotels close to the map centre further down the page.

While being here, you might want to pay a visit to some of the following locations: Jakubowice Murowane, Niemce, Kozubszczyzna, Jastkow and Jablonna. To further explore this place, just scroll down and browse the available info. 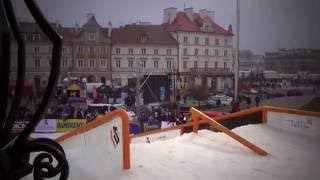 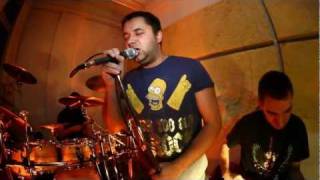 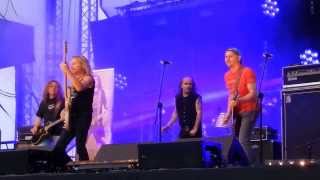 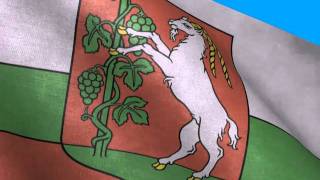 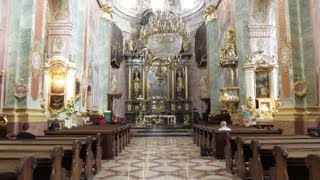 Cathedral of St. St. John the Baptist. John the Evangelist is the largest church in Lublin, acting archikatedralnego church of the Archdiocese of Lublin, is the pearl of the Baroque in the... 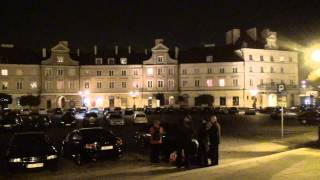 SEE MY HISTORY GROUP ON FACEBOOK : https://www.facebook.com/historysite Here we can see Lublin castle square at night. 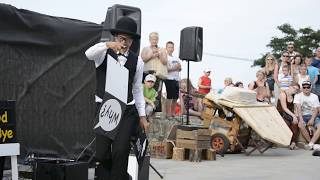 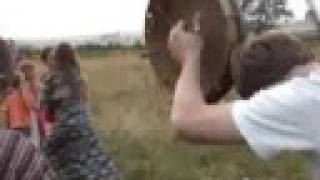 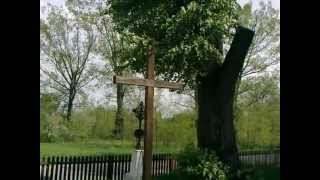 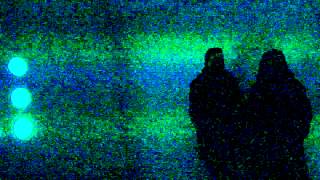 Makis Faros - They have departed

Lublin is the ninth largest city in Poland, and the second largest city of Lesser Poland. It is the capital of Lublin Voivodeship (province) with a population of 349,103 (March 2011). Lublin is the largest Polish city east of the Vistula River. It was recently a candidate for the title of "2016 European Capital of Culture". Lublin is approximately 170 km (105 miles) southeast of the capital, Warsaw.

Aktion Erntefest (German for "Operation Harvest Festival") was the action by the SS to liquidate all the remaining Jews in the Lublin District and the Lublin Ghetto of the General Government. The operation took place over between November 3-4, 1943. Up to 42,000 Jews were eventually killed during the Aktion Erntefest.

Motor Stadium is a multi-use stadium in Lublin, Poland. It is currently used mostly for football matches and is the home ground of Motor Lublin. The stadium holds 18,000 people.

The Lublin Castle is a medieval castle situated in Lublin, Poland, adjacent to the Old Town district and close to the city center. It is one of the oldest preseved Royal residencies in Poland, established by king Casimir II the Just.

Located at 51.2577, 22.5728 (Lat. / Lng.), about 1 miles away.
Wikipedia Article
Orthodox yeshivas in Europe, Educational institutions established in 1930, Buildings and structures in Lublin

Post-missionary church and monastery in Lublin

Post-missionary church and monastery in Lublin - the church of the Transfiguration of Our Lord in Lublin was erected in the years 1717–1730 for a seminary of the Congregation of the Mission, after the suppression of the monastery by Russians during the time of the Partitions of Poland taken over by the diocese. It was built in the Baroque style, laid out on the plan of a Greek cross with a cupola above the transept.

Lublin Old Town - constitutes one of the most precious Polish complexes of historic buildings. The Crown Tribunal alongside with the 14th-century Kraków Gate leading from the Old Town to the city center are commonly considered symbols of the city.

Maharam's Synagogue was a synagogue in Lublin, Poland, which was located on a no longer existing Jateczna 3 Street. The synagogue was a part of synagogical complex in Podzamcze.

Church of St. Josaphat in Lublin

Church of St. Josaphat in Lublin was built by Greek merchants in 1786 upon the consent of king Stanisław August Poniatowski. In the second half of the 19th century the temple which was originally dependent on the patriarch of Constantinople was taken over by the Russian Orthodox Church and in 1922 it became the property of the Roman Catholic Church. At present it is Saint Josaphat's church which until recently was also used by Greek Catholics.

The Lublin Ghetto was a World War II ghetto created by Nazi Germany in the city of Lublin in occupied Poland, on the Nazi-administered territory of the General Government. Its inhabitants were mostly Polish Jews, although a number of Roma were also present. The Lublin Ghetto, set up in March 1941, was one of the first Nazi-era ghettos in occupied Poland to be liquidated.

Lublin Museum is one of the oldest and largest museums in the Eastern Poland, located in Lublin. It was created in the early 20th century, and received its own building in 1923.

Located at 51.24, 22.57 (Lat. / Lng.), about 1 miles away.
Wikipedia Article
Museums in Lublin Voivodeship, Buildings and structures in Lublin, Art museums and galleries in Poland, Numismatic museums, Registered museums in Poland

These districts belong to Lublin.

These are some bigger and more relevant cities in the wider vivinity of Lublin.