Poznań in Poznań (Województwo Wielkopolskie) with it's 570,352 inhabitants is a city in Poland about 173 mi (or 278 km) west of Warsaw, the country's capital.

Local time in Poznań is now 11:43 PM (Sunday). The local timezone is named Europe / Warsaw with an UTC offset of 2 hours. We know of 9 airports in the vicinity of Poznań, of which one is a larger airport. The closest airport in Poland is Poznań-Ławica Airport in a distance of 4 mi (or 7 km), West. Besides the airports, there are other travel options available (check left side).

There are several Unesco world heritage sites nearby. The closest heritage site in Poland is Medieval Town of Toruń in a distance of 82 mi (or 132 km), North-East. We found 2 points of interest in the vicinity of this place. If you need a place to sleep, we compiled a list of available hotels close to the map centre further down the page.

Depending on your travel schedule, you might want to pay a visit to some of the following locations: Lubon, Czerwonak, Suchy Las, Komorniki and Puszczykowo. To further explore this place, just scroll down and browse the available info. 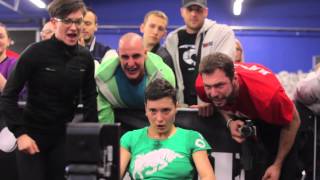 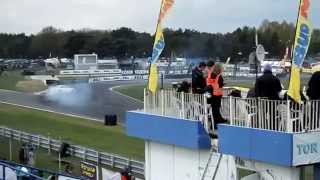 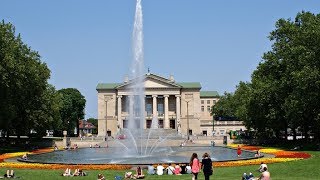 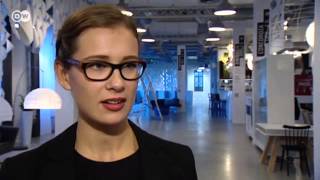 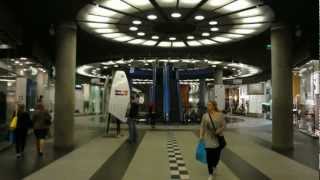 Getting through - Poznan Stary Browar

Poznan's new shopping mall "Stary Browar" is an unique piece in the world of global shopping malls from Hongkong to Paris, Dubai, Cape Town or Joburg. It's not 50% business and 50% art - this...

A short photo slideshow of my trip to Poznań (Posen), Poland. December 27th 2012. Enjoy this wonderful city and visit it! It's worth it. 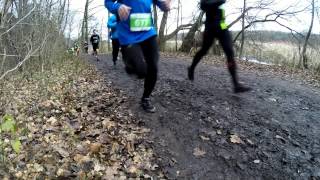 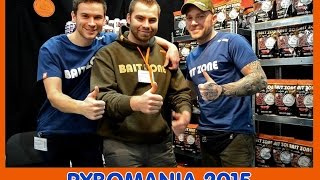 Poznań Town Hall or Ratusz is a building in the city of Poznań in western Poland, located in the Old Market Square (Stary Rynek) in the centre of the Old Town neighbourhood. It served as the city's administrative building until 1939, and now houses a museum.

Located at 52.4086, 16.9342 (Lat. / Lng.), about 0 miles away.
Wikipedia Article
Buildings and structures in Poznań, City and town halls in Poland, Visitor attractions in Poznań

The Pranger of Poznań is found near the north-east corner of the Town Hall not far from the Prozerpina Fountain. It is an eight sided, late-gothic column, on the summit of which stands a statue of an Executioner in a Crusader's outfit holding a raised sword. The current pranger is a copy made by Marcin Rożek in 1925. The original is in the Museum of History of Poznań in the town hall. The pranger was constructed in 1535 financed by fines extracted from workers who wore too elaborate outfits.

Located at 52.4083, 16.9344 (Lat. / Lng.), about 0 miles away.
Wikipedia Article
Buildings and structures in Poznań, Monuments and memorials in Poland, Visitor attractions in Poznań

The Royal Castle in Poznań (Polish: Zamek Królewski w Poznaniu) dates from 1249 and the reign of Przemysł I. Located in the Polish city of Poznań, it was largely destroyed during the Second World War but has since been partly rebuilt.

The Raczyński Library was founded by Edward Raczyński (1786–1845) in Poznań. The library's building was erected in 1822–1828 with the financial support of Edward Raczyński Foundation. The structure of a classical building features a colonnade reminiscent of the eastern façade of the Louvre.

The Imperial Castle in Poznań, popularly called Zamek (Polish: Zamek Cesarski w Poznaniu, German: Königliches Residenzschloss Posen), is a palace in Poznań, in present-day Poland — formerly Posen, Germany. It was constructed in 1910 by Franz Schwechten for William II, German Emperor, with significant input from William himself. Since its completion, the building has housed government offices of Germany (to 1918 and during the Second World War) and Poland (1918–1939, 1945–present).

Stadion im. Edmunda Szyca is a ruined multi-purpose stadium in Poznań, Poland. The stadium opened in 1929 during the Powszechna Wystawa Krajowa and had a capacity of 60,000 people.

Shopping, Arts and Business Center "Stary Browar" - the center of commerce and art, built in November 2003, located in the center of Poznan at 42 Półwiejska Street. The center is a combination of retail space and an art gallery. The shopping center is adjacent to a Class A high-rise office complex. The total area of the center is around 130 000 m². The Old Brewery is home to around 210 stores and restaurants.

Święty Marcin ("Saint Martin"), in full ulica Święty Marcin ("Saint Martin Street"), is a main central street in the city of Poznań in western Poland. It runs from south of the old town district, westwards past the church of St. Martin of Tours from which it takes its name, past the "Zamek" (former German imperial palace), to Adam Mickiewicz Square, and finally to University Bridge (Most Uniwersytecki), by which it crosses the railway line and leads to the roundabout called Rondo Kaponiera.

University of Fine Arts in Poznań

University of Arts in Poznań is one of the major fine-art academies in Poland. It was established in 1919, initially as Państwowa Szkoła Sztuk Zdobniczych i Przemysłu Artystycznego, but it was later renamed first Instytut Sztuk Plastycznych, and then in 1946 Państwowa Wyższa Szkoła Sztuk Plastycznych. In 1996, it was renamed the Academy of Fine Arts in Poznań . It has been a University since 2010.

Located at 52.41, 16.9289 (Lat. / Lng.), about 0 miles away.
Wikipedia Article, Homepage
Art schools in Poland, Universities and colleges in Poznań, Educational institutions established in 1919

The National Museum, Poznań (Polish: Muzeum Narodowe w Poznaniu), Poland, is a state-owned cultural institution and one of the largest museums in Poland. It houses a rich collection of Polish painting from the 16th century on, and a collection of foreign painting. The museum is also home to numismatic collections and a gallery of applied arts.

Poznań Old Town is a central neighbourhood of the city of Poznań in western Poland, covering the area of the walled medieval city of Poznań. It is called Stare Miasto in Polish (although that name may also refer to the wider administrative district of Stare Miasto, which extends to most of the city centre and northern parts of the city). The original settlement of Poznań was on the river island of Ostrów Tumski, and dates from at least the 9th century.

These districts belong to Poznań.

These are districts that are close by, but belong to a different city than Poznań.

These are some bigger and more relevant cities in the wider vivinity of Poznań.