Rakowice in Kraków (Województwo Małopolskie) is a town in Poland about 155 mi (or 249 km) south of Warsaw, the country's capital city.

Current time in Rakowice is now 09:19 AM (Sunday). The local timezone is named Europe / Warsaw with an UTC offset of one hour. We know of 9 airports near Rakowice, of which two are larger airports. The closest airport in Poland is John Paul II International Airport Kraków-Balice Airport in a distance of 9 mi (or 14 km), West. Besides the airports, there are other travel options available (check left side).

There are several Unesco world heritage sites nearby. The closest heritage site in Poland is Historic Centre of Kraków in a distance of 2 mi (or 3 km), South-West. Looking for a place to stay? we compiled a list of available hotels close to the map centre further down the page.

When in this area, you might want to pay a visit to some of the following locations: Krakow, Michalowice, Wieliczka, Swiatniki Gorne and Tomaszkowice. To further explore this place, just scroll down and browse the available info. 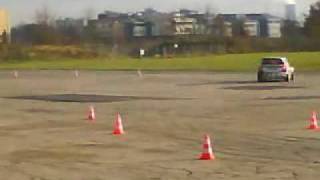 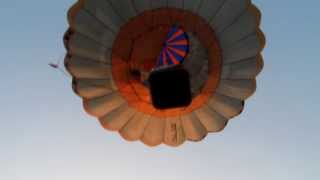 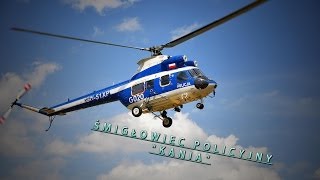 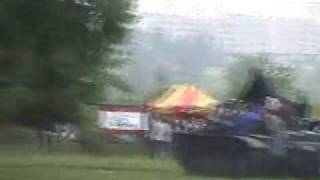 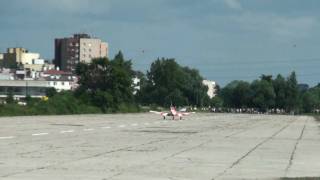 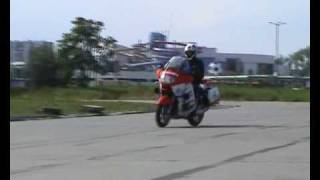 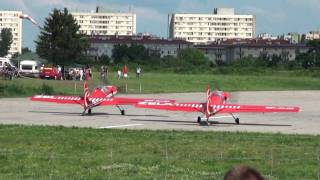 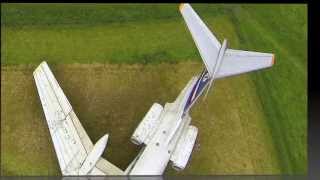 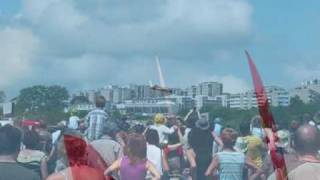 Kraków Old Town is the historic central district of Kraków, Poland. It is one of the most famous old districts in Poland today and was the center of Poland's political life from 1038 until King Sigismund III Vasa relocated his court to Warsaw in 1596. The entire medieval old town is among the first sites chosen for the UNESCO's original World Heritage List, inscribed as Cracow's Historic Centre. The Old Town is known in Polish as Stare Miasto.

Kraków-Rakowice-Czyżyny Airport is a disused airport in Kraków, Poland, one of the oldest permanent airfields in Europe, open for occasional traffic by certain types of aircraft. A portion of it is now the site of the Polish Aviation Museum with a 720-metre long and 60-metre wide segment of the original concrete runway restored for use by the museum for light planes (to 7,500 kg) and helicopters.

Located at 50.0823, 19.9989 (Lat. / Lng.), about 1 miles away.
Wikipedia Article
Airports in Poland, Visitor attractions in Kraków, Buildings and structures in Kraków

Polish Aviation Museum (Polish: Muzeum Lotnictwa Polskiego w Krakowie) is a large museum of old aircraft and aircraft engines in Kraków, Poland. It is located at the site of the no-longer functional Kraków-Rakowice-Czyżyny Airport. This airfield, established by Austria-Hungary in 1912, is one of the oldest in the world. The museum opened in 1964, after the airfield closed in 1963. The collection consists of over 200 aircraft as of 2005.

Located at 50.0683, 19.9536 (Lat. / Lng.), about 2 miles away.
Wikipedia Article, Homepage
Universities and colleges in Kraków, Business schools in Poland, Educational institutions established in 1925

Rakowicki Cemetery is one of the best known cemeteries of Poland, located in the centre of Kraków. It lies within the Administrative District No. 1 Stare Miasto meaning "Old Town" – not to be confused with the historic Kraków Old Town further west. Founded at the beginning of the 19th century (during the times of Austria-Hungary), the cemetery was expanded several times and at present, covers an area of about 42 hectares. It is the resting place of many notable people of Kraków.

Planty is one of the largest city parks in Kraków, Poland. It encircles the Stare Miasto (Old Town), where the Medieval city walls used to stand until the early 19th century. The historic Old Town is not to be confused with the Administrative District No. 1 Stare Miasto extending further east. The park has an area of 21,000 square metres (52 acres) and a length of 4 kilometers .

Botanic Garden of the Jagiellonian University

New Krakow Arena (in Polish, known as Hala widowiskowo-sportowa in Czyżyny) is an indoor arena located in Kraków, Poland that is under construction. It will have a seating capacity of 15,328 for sporting events and will open in 2013. It will host the 2014 FIVB Men's World Championship tournament.

These are some bigger and more relevant cities in the wider vivinity of Rakowice.

This place is known by different names. Here the ones we know:
Rakovice, Rakowice