Nova Gorica in Nova Gorica with it's 13,178 citizens is a city in Slovenia about 42 mi (or 67 km) west of Ljubljana, the country's capital city.

Local time in Nova Gorica is now 08:53 AM (Sunday). The local timezone is named Europe / Ljubljana with an UTC offset of 2 hours. We know of 11 airports in the vicinity of Nova Gorica, of which 5 are larger airports. The closest is airport we know is Trieste / Ronchi Dei Legionari in Italy in a distance of 12 mi (or 20 km). The closest airport in Slovenia is Portoroz Airport in a distance of 33 mi (or 20 km), South-West. Besides the airports, there are other travel options available (check left side).

There are several Unesco world heritage sites nearby. The closest heritage site is Longobards in Italy. Places of the Power (568-774 A.D.) in Italy at a distance of 14 mi (or 23 km). The closest in Slovenia is Škocjan Caves in a distance of 26 mi (or 23 km), North-West. We discovered 6 points of interest in the vicinity of this place. Looking for a place to stay? we compiled a list of available hotels close to the map centre further down the page.

When in this area, you might want to pay a visit to some of the following locations: Sempeter pri Gorici, Gorizia, Volcja Draga, San Floriano del Collio and Miren. To further explore this place, just scroll down and browse the available info. 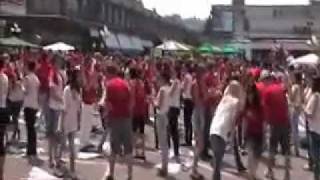 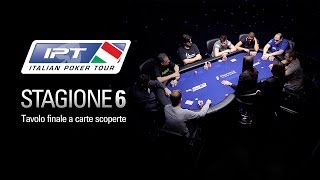 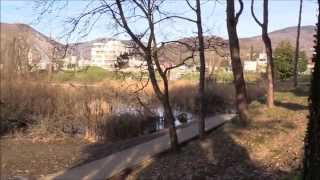 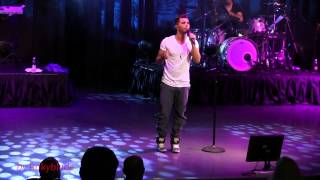 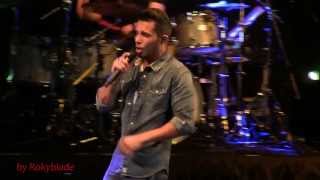 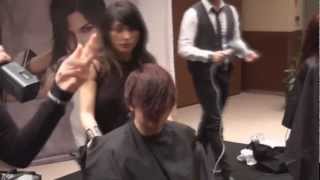 Neticom d.o.o. presents Look&Learn which took place in Perla, Nova Gorica, Slovenia on 18.3.2013. On this video we can see stylist Mary di Cesare and her work on her first creation. 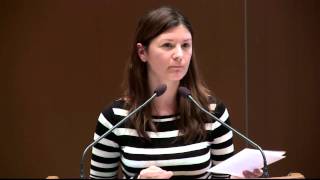 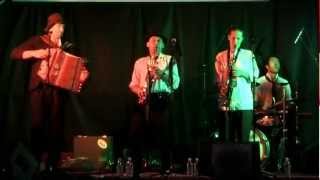 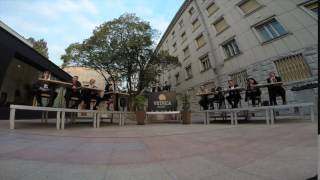 Goriška is a historical region in western Slovenia on the border with Italy. It comprises the northern part of the wider traditional region of the Slovenian Littoral (Primorska). The name Goriška refers to the city of Gorizia, its historical and cultural centre.

Nova Gorica Sports Park (Slovene: Športni park Nova Gorica) is a multi-purpose sports venue in Nova Gorica, Slovenia. It is currently used mostly for football matches and is the home ground of ND Gorica. The stadium was built in 1962 and was recently renovated. It has a capacity of 3,066 seats.

University of Nova Gorica - UNG (Slovene: Univerza v Novi Gorici), is the fourth university in Slovenia. It is located in the towns of Nova Gorica, Gorizia (in Italy), and Ajdovščina.

The Solkan Bridge is a 220-metre arch bridge over the Soča River near Nova Gorica in western Slovenia. With an arch span of 85 metres, it is the second-longest stone bridge in the world and the longest stone bridge among train bridges. It was originally built in the time of the Secession, between 1900 and 1905, and officially opened in 1906.

Located at 45.979, 13.6518 (Lat. / Lng.), about 2 miles away.
Wikipedia Article
Bridges completed in 1905, Arch bridges, Bridges in Slovenia, Stone bridges, City Municipality of Nova Gorica, Bridges over the Soča, Buildings and structures in the Slovenian Littoral

Kostanjevica Monastery is a Franciscan monastery in Pristava near Nova Gorica, Slovenia. The locals frequently refer to it simply as Kapela (meaning The Chapel in Slovene). The monastery with the Church of the Annunciation of Our Lady stands on a 143 metre hill dividing the town of Nova Gorica and the suburb of Pristava. It is located just some 200 meters from the border with Italy. It is famous as the burial place of Charles X of France and his family.

Nova Gorica Grammar School (Slovene: Gimnazija Nova Gorica) is a coeducational nondenominational state secondary general education school for students aged between 15 to 19. It is located in Nova Gorica, Slovenia. It is considered among the best secondary schools in Slovenia. Many notable personalities attended the schools, including two Prime Ministers of Slovenia.

Piazza della Transalpina (Italian meaning Transalpine Square) or Evropski trg (Slovene meaning Europe Square), is a square divided between the towns of Gorizia, Italy and Nova Gorica, Slovenia. From 1947 until 2007 the square has been divided by an international border between Italy and Yugoslavia (Slovenia since 1991). Movement on the square is now free because both Italy and Slovenia are EU members and parts of the Schengen Area.

Nova Gorica railway station (Slovene: Železniška postaja Nova Gorica; Italian: Stazione di Nova Gorica) serves the town and municipality of Nova Gorica, in the Slovenian Littoral region of Slovenia, and is also accessible from the town of Gorizia, Italy. The station forms part of the Bohinj Railway, between Jesenice, Slovenia, and Trieste, Italy. Due to its geographical position, it has undergone several changes of nationality and name.

These are some bigger and more relevant cities in the wider vivinity of Nova Gorica.