Maribor in Maribor with it's 95,171 habitants is located in Slovenia about 65 mi (or 104 km) north-east of Ljubljana, the country's capital town.

Current time in Maribor is now 12:41 AM (Monday). The local timezone is named Europe / Ljubljana with an UTC offset of 2 hours. We know of 9 airports close to Maribor, of which 4 are larger airports. The closest airport in Slovenia is Maribor Airport in a distance of 5 mi (or 9 km), South. Besides the airports, there are other travel options available (check left side).

There are several Unesco world heritage sites nearby. The closest heritage site is City of Graz – Historic Centre and Schloss Eggenberg in Austria at a distance of 38 mi (or 61 km). The closest in Slovenia is Škocjan Caves in a distance of 100 mi (or 61 km), North. If you need a hotel, we compiled a list of available hotels close to the map centre further down the page.

While being here, you might want to pay a visit to some of the following locations: Spodnje Hoce, Pesnica pri Mariboru, Miklavz na Dravskem Polju, Zgornja Kungota and Race. To further explore this place, just scroll down and browse the available info. 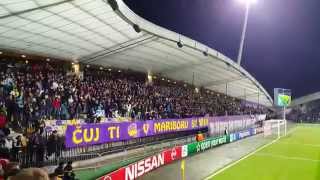 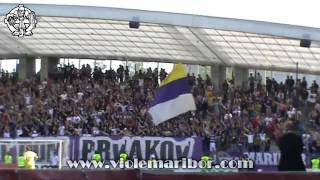 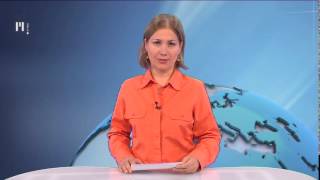 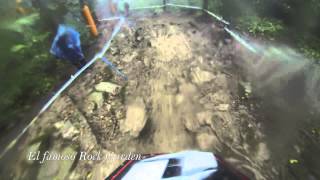 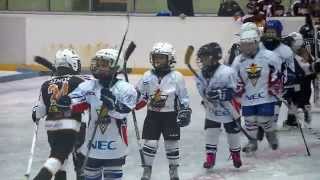 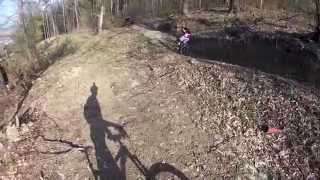 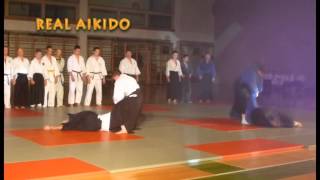 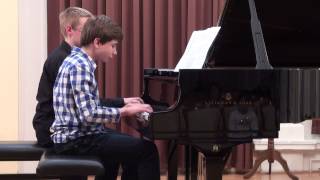 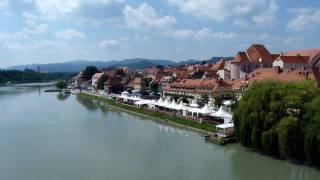 Maribor (German: Marburg an der Drau) is the second largest city in Slovenia with 106308 inhabitants as of 2008.[2] Maribor lies on the river Drava at the meeting point of the Pohorje mountain,...

The University of Maribor (Slovene: Univerza v Mariboru) is Slovenia's second university, established in 1975 in Maribor, Slovenia. It currently has 17 faculties.

Maribor Cathedral (Stolna cerkev sv. Janeza Krstnika) is a cathedral in the city of Maribor, Slovenia. The Gothic building dates to the 12th century, and is dedicated to John the Baptist. It is the seat of the Roman Catholic Archdiocese of Maribor.

Located at 46.5591, 15.645 (Lat. / Lng.), about 0 miles away.
Wikipedia Article
Cathedrals in Slovenia, Buildings and structures in Maribor, Visitor attractions in Maribor

Maribor Town Hall is the town hall of Maribor, Slovenia. It is situated on the town's Main Square ("Glavni trg"). Built in 1515, it was remodeled in Renaissance style between 1563 and 1565. In the mid-19th century, it was again renovated in the late Classical style, but was later restored to its original 16th century appearance. Adolf Hitler addressed local Germans from the building's main balcony, overlooking the square, during his brief 1941 visit to the city.

Maribor Synagogue is a former synagogue and current museum in the city of Maribor, Slovenia. Located in what was the center of the medieval Maribor ghetto Židovska ulica ("Jewish Street"), it is one of the oldest preserved synagogues in Europe, and one of only two left in Slovenia; the other being the Lendava Synagogue. It once functioned as the centre of the medieval Jewish community in Maribor, among the most prominent in the Eastern Alps-area.

The Main Square of Maribor, also known as Glavni trg, used to be home to Maribor Slovenia's merchants' and on the upper side of the square is home to an open market.

The Lent International Summer Festival is a major arts festival held for approximately two weeks at the end of June annually in Maribor, Slovenia. Organized by the Narodni dom Cultural Center every year the festival attracts theatre, opera, ballet performers, classical, modern, and jazz musicians and dancers from all over the world as well as visitors. There are also mimes, magicians, and acrobats performing during the festival.

The Plague Memorial is a monument in Main Square of the city of Maribor, Slovenia, erected by "pious burghers" in gratitude for the end of a 1680 plague epidemic that had claimed a third of the city's population. The original monument was built in 1681; the current one is a 1743 replacement by local sculptor Jožef Štraub. It is considered among his finest work, and one of the best examples of baroque art in Slovenia.

The Old Bridge, also named the State Bridge (Državni most), the Main Bridge (Glavni most) and the Drava Bridge (Dravski most), is a bridge crossing the Drava River in Maribor, northeastern Slovenia. It links Carinthia Street (Koroška cesta) and Pobrežje Street (Pobreška cesta) and is 270 metres long. Its central part, spanning across the Drava, is 166 m long and has three steel arches. The bridge was completed in 1913 and opened to trafic on 23 August of that year.

Marburg's Bloody Sunday is the name of a massacre that took place on Monday, 27 January 1919 in the city of Maribor in Slovenia. Soldiers from the army of the Kingdom of Serbs, Croats and Slovenes, under the command of Slovene officer Rudolf Maister, killed between 9 and 13 civilians of German ethnic origin, wounding a further 60, during a protest in a city centre square. Estimates of casualties differ between Slovene and Austrian sources.

These districts belong to Maribor.

These are some bigger and more relevant cities in the wider vivinity of Maribor.