Safety Score: 3,0 of 5.0 based on data from 9 authorites. Meaning we advice caution when travelling to Slovenia.

Ljubljana in Ljubljana with it's 272,220 residents is a town located in Slovenia. It's the capital of this country.

Time in Ljubljana is now 04:35 AM (Wednesday). The local timezone is named Europe / Ljubljana with an UTC offset of one hour. We know of 12 airports nearby Ljubljana, of which 5 are larger airports. The closest airport in Slovenia is Ljubljana Jože Pučnik Airport in a distance of 12 mi (or 20 km), North. Besides the airports, there are other travel options available (check left side).

There are several Unesco world heritage sites nearby. The closest heritage site in Slovenia is Škocjan Caves in a distance of 36 mi (or 58 km), South-West. Need some hints on where to stay? We compiled a list of available hotels close to the map centre further down the page.

Being here already, you might want to pay a visit to some of the following locations: Ig, Skofljica, Trzin, Dol pri Ljubljani and Brezovica pri Ljubljani. To further explore this place, just scroll down and browse the available info. 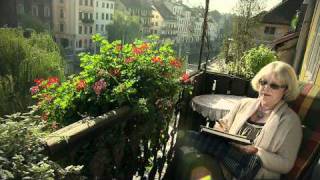 www.visitljubljana.si - View Letters from Ljubljana, a new promotional film about the Slovenian capital. The film tells a story about how people of different generations experience Ljubljana... 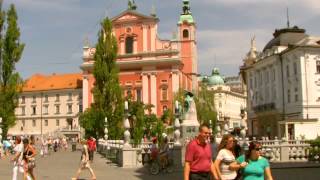 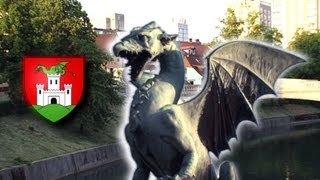 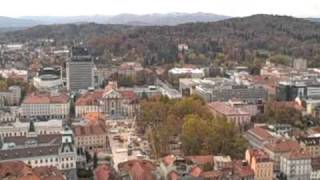 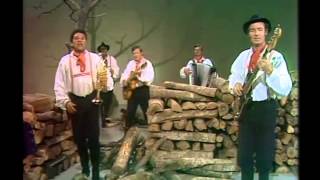 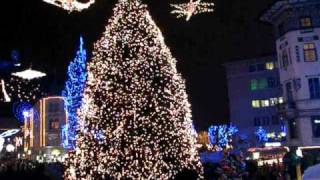 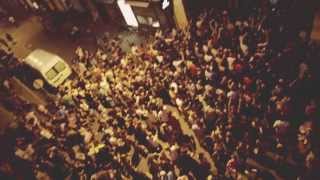 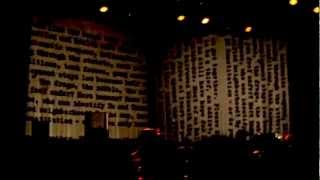 The Triple Bridge (Slovene: Tromostovje, in older sources also Tromostje) is a group of three bridges across the Ljubljanica River. It connects the Ljubljana's historical, medieval, town on one bank, and the modern city of Ljubljana, capital of Slovenia, on the other. In order to prevent the 1842 stone arch bridge from being a bottleneck, a footbridge was added to it at a slight angle on each side in 1931, according to the architect Jože Plečnik's 1929 design. Works continued until spring 1932.

Prešeren Square is the central square in Ljubljana, the capital of Slovenia. It is a major meeting point in Ljubljana, where concerts, sport events, political events and other types of events take place.

Čop Street is a major thoroughfare in the center of Ljubljana, Slovenia. The street leads from the Main Post Office (Glavna pošta) on Slovenian Street (Slovenska cesta) to Prešeren Square (Prešernov trg) and is lined with bars and stores, including the oldest McDonald's restaurant in Slovenia. It is a pedestrian zone is and regarded as the capital's central promenade.

The Academy of Theatre, Radio, Film and Television (Slovene: Akademija za gledališče, radio, film in televizijo or AGRFT) is an academy of the University of Ljubljana in Ljubljana, Slovenia. It is the only college and graduate school in Slovenia with a similar curriculum. It is composed of three colleges: the College for Theatre and Radio, the College for Film and Television, and College for Screen and Play Writing. In addition, a Center for Theatre and Film Studies is included in the academy.

The Center District (Slovene: Četrtna skupnost Center) or simply Center is a city district in the center of Ljubljana, the capital of Slovenia. It has an area of about 5 square kilometres .

The Slovenian Philharmonic Orchestra is the national philharmonic orchestra of Slovenia, based in the capital Ljubljana. On the Philharmonic Hall, a pastel yellow building on Congress Square, is a plaque stating that the Philharmonic was founded in 1701; though this refers to the founding of the Academia Philharmonicorum (1701) which produced baroque oratorios and other works, then became the Philharmonic Society in 1794.

Franciscan Church of the Annunciation

The Franciscan Church of the Annunciation (Slovene: Frančiškanska cerkev Marijinega oznanjenja or commonly Frančiškanska cerkev) is a Franciscan church located on Prešeren Square in Ljubljana, the capital of Slovenia. It is the parish church of Ljubljana - Annunciation Parish. Its red colour is symbolic of the Franciscan monastic order. Since 2008, the church has been protected as a cultural monument of national significance of Slovenia.

Philip Mansion is a building in central Ljubljana, the capital of Slovenia. It is located along the Ljubljanica River, at the corner of Cankar Embankment (Cankarjevo nabrežje) and Stritar Street (Stritar Street), next to the Triple Bridge. On the other side of Stritar Street stands the Kresija Palace. The two buildings mark the entry into the town's medieval part under Ljubljana Castle.

The Ljubljana Central Pharmacy (Centralna lekarna Ljubljana) or shortly Central Pharmacy (Centralna lekarna) is one of the most prominent buildings at Prešeren Square (Prešernov trg), the central square of the Slovenian capital of Ljubljana. It is also known as the Mayer Palace or the Prešeren Square 5 Palace (Palača Prešernov trg 5). It houses the eponymous pharmacy.

Kazina Palace is a Neoclassical building in the city centre of Ljubljana, the capital of Slovenia. It stands in the northwestern corner of Congress Square next to the crossroad of Slovene Street and Šubič Street. In the past, it was the meeting place of Ljubljana's higher social classes. Today Kazina Palace houses several institutions, including the Institute of Modern History, the Archives of Slovenia, the France Marolt Academic Folklore Society, and the Tone Tomšič Academic Choir.

Located at 46.0508, 14.5034 (Lat. / Lng.), about 0 miles away.
Wikipedia Article
Palaces and mansions in Ljubljana, Neoclassical architecture in Ljubljana, Center District, Houses completed in 1839

These districts belong to Ljubljana.

These are some bigger and more relevant cities in the wider vivinity of Ljubljana.