George Town in Pulau Pinang with it's 300,000 habitants is located in Malaysia about 182 mi (or 294 km) north-west of Kuala Lumpur, the country's capital town.

Current time in George Town is now 11:01 PM (Wednesday). The local timezone is named Asia / Kuala Lumpur with an UTC offset of 8 hours. We know of 8 airports close to George Town. The closest airport in Malaysia is Butterworth Airport in a distance of 5 mi (or 9 km), North-East. Besides the airports, there are other travel options available (check left side).

There are two Unesco world heritage sites nearby. The closest heritage site in Malaysia is Melaka and George Town, Historic Cities of the Straits of Malacca in a distance of 1 mi (or 2 km), North-East. If you need a hotel, we compiled a list of available hotels close to the map centre further down the page.

While being here, you might want to pay a visit to some of the following locations: Alor Setar, Betong, Kuah, Kangar and Ipoh. To further explore this place, just scroll down and browse the available info. 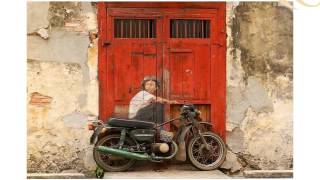 Ernest Zacharevic is a young Lithuania-born artist who is "making a scene" on the streets of George Town, Penang. This comes in the form of beautifully executed wall paintings, or murals, at... 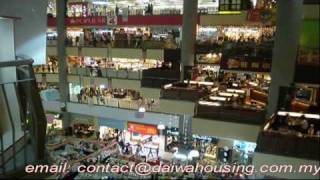 Penang biggest shopping Mall in Georgetown, next to Komtar, main hall unit near to bubble lifts, escalators, ideal for all business or investment. Unit For Sale / To Let. For more Penang... 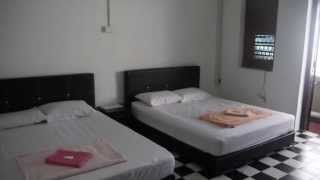 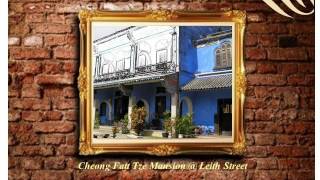 The Historic City of George Town was the first British port town along the Straits of Malacca. Founded in 1786 by Francis Light in the name of the East India Company, it is situated at the... 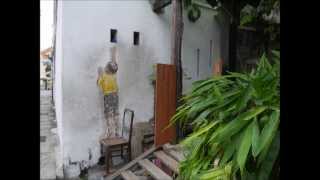 http://www.renegadetravels.com/street-art-in-george-town-penang-malaysia/. George Town is a great place to see street art. Click the link for full-size images, and also links to walking maps... 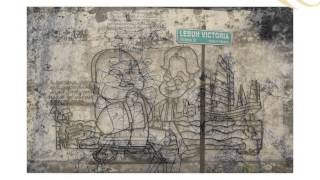 George Town Steel Rod Sculptures is a collection of caricatures placed on historic streets of George Town. The concept presented by Sculpture at Work is to relate the history and/or characteristic... 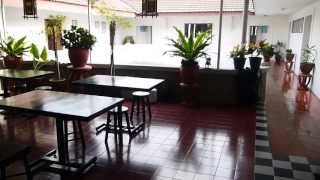 http://www.renegadetravels.com/new-asia-heritage-hotel-george-town-penang/. New Asia Heritage Hotel, George Town, Penang - Chill-Out Area. For a full review of this hotel, click on the link above. 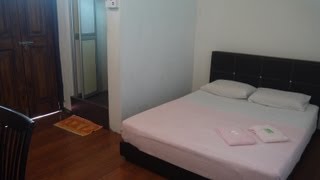 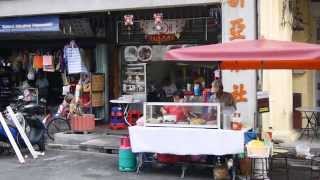 http://www.renegadetravels.com/new-asia-heritage-hotel-george-town-penang/. New Asia Heritage Hotel - Street Scene. This is directly outside the hotel at around 6 pm.This is when all the street... 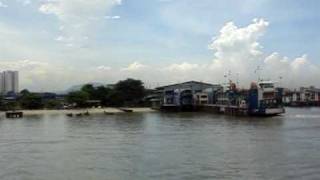 Cheong Fatt Tze Mansion is located at 14 Leith Street, 10200 George Town, Penang, Malaysia. The mansion's indigo-blue outer wall makes it a very distinct building in the area. The Circa 1880s mansion built by the merchant Cheong Fatt Tze at the end of 19th century has 38 rooms, 5 granite-paved courtyards, 7 staircases & 220 vernacular timber louvre windows. The architecture of the mansion however originates from the Su Chow Dynasty Period in China.

The Khoo Kongsi is a large Chinese clanhouse with elaborate and highly ornamented architecture, a mark of the dominant presence of the Chinese in Penang, Malaysia. The famous Khoo Kongsi is the grandest clan temple in the country. It is also one of the city's major historic attraction.

Convent Datuk Keramat is a school located in Georgetown, Penang, Malaysia. The school is an all-girls Chinese school with primary and secondary school within the same compound.

These districts belong to George Town.

These are some bigger and more relevant cities in the wider vivinity of George Town.