Local time in Johor Bahru is now 05:09 AM (Monday). The local timezone is named Asia / Kuala Lumpur with an UTC offset of 8 hours. We know of 6 airports in the vicinity of Johor Bahru, of which two are larger airports. The closest is airport we know is Seletar Airport in Singapore in a distance of 8 mi (or 13 km). The closest airport in Malaysia is Senai International Airport in a distance of 14 mi (or 13 km), South-East. Besides the airports, there are other travel options available (check left side).

We discovered 5 points of interest in the vicinity of this place. Looking for a place to stay? we compiled a list of available hotels close to the map centre further down the page.

When in this area, you might want to pay a visit to some of the following locations: Singapore, Belakangpadang, Sekupang, Pasirpanjang and Tebing. To further explore this place, just scroll down and browse the available info. 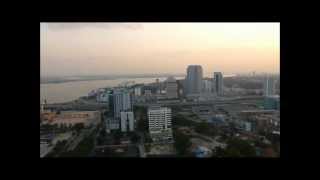 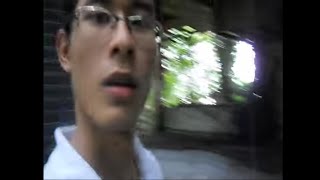 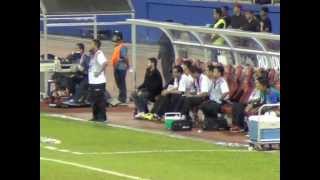 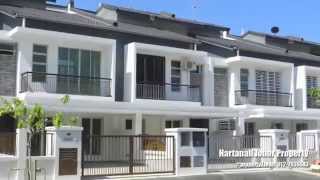 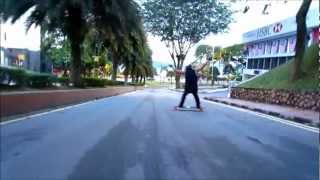 "Crappy Leftovers" will be a series of very mixed Longboard footage that will be put together quick in a crappy edit. It´s all old stuff that i gathered during 2012 in Malaysia. #1 features... 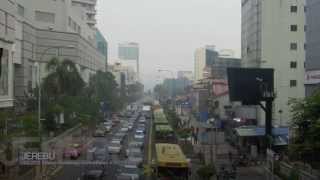 The Johor–Singapore Causeway is a 1,056-metre causeway that links the city of Johor Bahru in Malaysia across the Straits of Johor to the town of Woodlands in Singapore. It serves as a road, rail, and pedestrian link, as well as water piping into Singapore. The causeway is connected to the Sultan Iskandar Customs, Immigration and Quarantine Complex in Johor Bahru. The new checkpoint replaced the Causeway Checkpoints on December 16, 2008.

Sultan Abu Bakar State Mosque is the state mosque of Johor, Malaysia. Located along Jalan Skudai, Johor Bahru, the mosque was constructed between 1892 and 1900, under the direction of Sultan Abu Bakar. Tuan Haji Mohamed Arif bin Punak was the architect of the mosque. He intentionally based much of its appearance on colonial English Victorian architecture as noted by the minarets that take the form of British 19th century clocktowers.

Dataran Bandaraya Johor Bahru or (Johor Bahru City Square) is the main square in Johor Bahru, Johor, Malaysia. It was built on 1 January 1994 following the declaration of Johor Bahru as a city.

Istana Besar or Grand Palace is the royal palace of the Sultanate of Johor which is located in Johor Bahru, Malaysia.

Sultan Ibrahim Building is the former state secretariat building of Johor. It is located at Bukit Timbalan in Johor Bahru, Malaysia. The building was constructed between 1936 and 1939 and was completed in 1940 as the British colonial government attempted to streamline the state's administration. It was officially opened by the late Sultan Ibrahim of Johor. It was also the tallest building in Malaya during the pre-Merdeka era.

Johor Bahru Old Chinese Temple known as Old Temple by the locals, is a Chinese temple located in Johor Bahru, Malaysia. Located at downtown Johor Bahru of Jalan Trus, the temple is flanked by modern skyscrapers. This temple is one of the oldest structures in Johor Bahru. The temple is a place of worship and a symbol of unity among Five Chinese Dialect Groups which are "Teochew", "Hoklo (Hokkien)", "Cantonese", "Hakka" and "Hainan".

Johor Bahru railway station was a Malaysian inter-city station. By law, it was the railway immigration control outpost of the Malaysian Customs and Immigration, but immigration facilities were available only for southbound passengers, heading towards Singapore. Northbound passengers from Singapore clear Malaysian Customs and Immigration before boarding the train at Woodlands Train Checkpoint (before 1 July 2011 at Tanjong Pagar railway station in central Singapore).

Johor Bahru Sentral railway station is a modern inter-city train station located between Jalan Tun Abdul Razak and Jalan Jim Quee in the heart of the city. It replaced the closed Johor Bahru railway station located 200m south of it. It was inaugurated on 21 October 2010. It is connected to both the Sultan Iskandar Customs, Immigration and Quarantine Complex and City Square shopping center by pedestrian overhead bridges.

These districts belong to Johor Bahru.

These are districts that are close by, but belong to a different city than Johor Bahru.

These are some bigger and more relevant cities in the wider vivinity of Johor Bahru.