Malacca in Melaka with it's 180,671 residents is a town located in Malaysia about 76 mi (or 122 km) south-east of Kuala Lumpur, the country's capital place.

Time in Malacca is now 07:48 PM (Monday). The local timezone is named Asia / Kuala Lumpur with an UTC offset of 8 hours. We know of 9 airports nearby Malacca, of which two are larger airports. The closest airport in Malaysia is Malacca Airport in a distance of 5 mi (or 8 km), North. Besides the airports, there are other travel options available (check left side).

Being here already, you might want to pay a visit to some of the following locations: Port Dickson, Kador, Pajak, Seremban and Titiakar. To further explore this place, just scroll down and browse the available info. 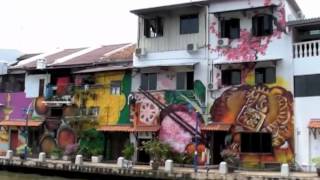 http://zoqy.net/ A look at a few of the main tourist sights (other sights covered in my other videos of Maleka) in Melaka (Malacca). 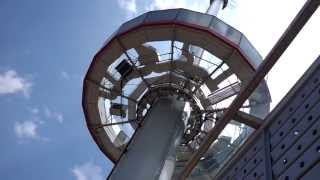 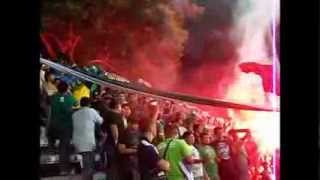 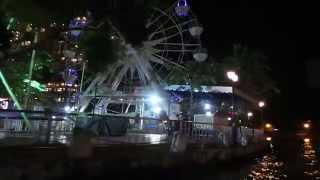 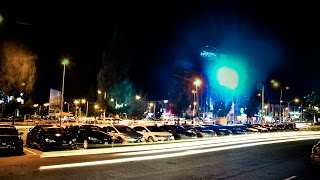 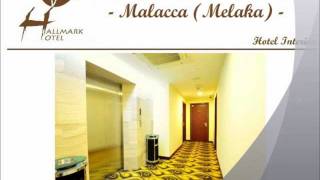 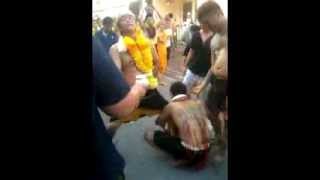 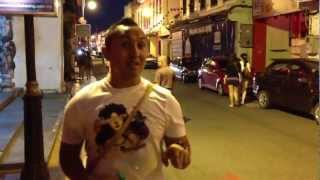 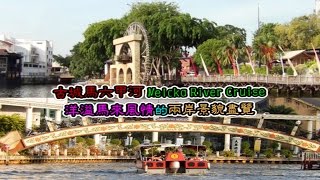 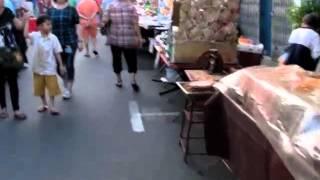 http://zoqy.net/ A wander along the weekend markets which takes place every friday, saturday and sunday on Jonkers Street (Jonkers Walk), Melaka (Malacca.

Bukit Cina is a hillside of historical significance in the capital of Malaysian state of Malacca, Malacca Town. It is located several kilometers to the north from the historical center of Malacca (Dutch town and Chinatown), but these days, it's surrounded by the modern city on all sides.

St. Francis Institution or Sekolah Menengah Kebangsaan (SMK) St. Francis is a public secondary school in Melaka, Malaysia of the La Sallian tradition. It is called 'SFI' by the local population. Alumni, or Old Boys, are known as 'Franciscans' or 'Lasallians'.

A Famosa (Malay: Kota A Famosa; "The Famous" in Portuguese) is a Portuguese fortress located in Malacca, Malaysia. It is among the oldest surviving European architectural remains in Asia. The Porta de Santiago, a small gate house, is the only remaining part of the fortress still standing. The name is often mispronounced /eɪ/ Famosa, even among Malaysians, as though the Portuguese definite article a were the English letter A. A more authentic pronunciation would be /ɑː/ Famosa.

The Malacca Straits Mosque (Malay: Masjid Selat Melaka) is a mosque located on the man-made Malacca Island near Malacca Town in Malacca state, Malaysia. It looks like a floating structure if the water level is high. Construction cost of the mosque is about MYR10 million. The Opening Ceremony was done on the 24th of November 2006 by the Supreme Ruler of Malaysia Tuanku Syed Sirajuddin Syed Putra Jamalullail.

Melaka River is a river which flows through the middle Malacca Town in the Malaysian state of Malacca. It was once an important trade route during the heyday of Malacca Sultanate in the 15th century. It has lost most of this function in the present and is a mere tourist attraction.

Located at 2.20274, 102.245 (Lat. / Lng.), about 1 miles away.
Wikipedia Article
Football venues in Malaysia, Rugby union stadiums in Malaysia, Buildings and structures in Malacca

Located at 2.1944, 102.25 (Lat. / Lng.), about 1 miles away.
Wikipedia Article
Buildings and structures in Malacca City, Anglican churches in Malaysia

UiTM Stadium is a small stadium located at Shah Alam, Malaysia. It capacity is 10,000. The stadium is build for the university and the UiTM FC team . It is sometimes use for football matches from the local team. It can also use as a rugby pitch. UiTM Stadium sometimes uses for activities made by the university. UiTM Stadium has once host a Malaysia national football team match against Maldives on the 26th November 2009. Malaysia lost 1-0 to Maldives that time.

Selayang Stadium is a stadium in Selayang, Malaysia. It is currently used mostly for football matches The stadium holds 20,000 people.

Naval Base Stadium or Army Stadium is a football stadium in Lumut, Malaysia. It is currently used mostly for football matches ATM Perak. It also sometimes hosts home matches for Perak FA, whenever their home ground Perak Stadium is not available. The stadium holds 12,000 people and opened in 1980.

The 2010 North–South Expressway Crash took place on 10 October 2010. Twelve people were killed and more than 50 others injured in a highway crash involving two buses, three cars and a van at Km 223 of the North–South Expressway, near the Simpang Ampat Interchange, Malacca, Malaysia. The accident caused massive traffic jams on both sides of the expressway.

These are some bigger and more relevant cities in the wider vivinity of Malacca.