Kuala Lumpur in Kuala Lumpur with it's 1,453,975 inhabitants is a city in Malaysia. It's the capital of this country.

Local time in Kuala Lumpur is now 08:06 PM (Sunday). The local timezone is named Asia / Kuala Lumpur with an UTC offset of 8 hours. We know of 9 airports in the vicinity of Kuala Lumpur, of which two are larger airports. The closest airport in Malaysia is Sultan Abdul Aziz Shah International Airport in a distance of 10 mi (or 15 km), West. Besides the airports, there are other travel options available (check left side).

Depending on your travel schedule, you might want to pay a visit to some of the following locations: Petaling Jaya, Putrajaya, Klang, Seremban and Port Dickson. To further explore this place, just scroll down and browse the available info. 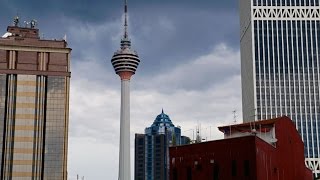 Kuala Lumpur is the federal capital and most populous city in Malaysia. The city covers an area of 243 km2 (94 sq mi) and has an estimated population of 1.6 million as of 2010. Greater Kuala... 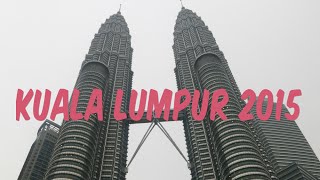 Long time, no travel vlog! I'll try to get better I promise. I joined the Dota 2 team of Ninjas in Pyjamas on a trip to Kuala Lumpur, Malaysia to play in the Major All Stars tournament. The... 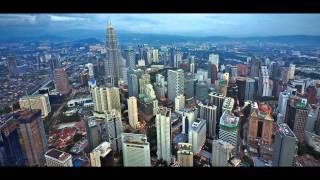 Over Christmas of 2013 I had the chance to travel to Kuala Lumpur in Malaysia, where I spent one week exploring the city - walked 75 km - and take a few timelapse scenes, the best of which... 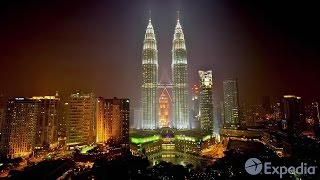 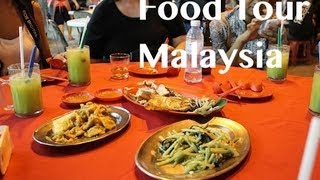 Follow What Boundaries Travel as they take the "Off the Eaten Track" tour with Food Tour Malaysia. Enjoy the sights, sounds, and tastes the diversity of Malaysian food offers. 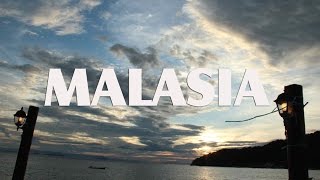 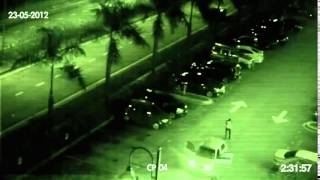 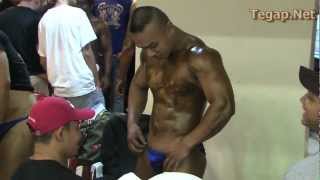 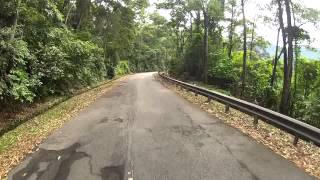 a lil bit of rain forest, jungle, monkeys, and KL!

Kuala Lumpur is the federal capital and most populous city in Malaysia. The city covers an area of 243 km and has an estimated population of 1.6 million as of 2012. Greater Kuala Lumpur, also known as the Klang Valley, is an urban agglomeration of 7.2 million. It is among the fastest growing metropolitan regions in the country, in terms of population and economy. Kuala Lumpur is the seat of the Parliament of Malaysia.

Kuala Lumpur Sentral (KL Sentral) or Sentral Kuala Lumpur is a transit-oriented development that houses the main railway station of Kuala Lumpur, the capital of Malaysia. Opened on 16 April 2001, despite its name it is actually even less central than the old Kuala Lumpur Railway Station, a colonial-era landmark that now remains open for local commuter trains only. KL Sentral is the largest railway station in Southeast Asia. KL Sentral was designed as an intermodal transportation hub.

The 13 May 1969 incident refers to the Sino-Malay sectarian violence in Kuala Lumpur (then part of the state of Selangor), Malaysia, which reportedly began on 13 May 1969.

Kuala Lumpur Railway Station is a railway station located in Kuala Lumpur, Malaysia. Completed in 1910 to replace an older station on the same site, the station was Kuala Lumpur's railway hub in the city for the Federated Malay States Railways and Malayan Railway, before Kuala Lumpur Sentral assumed much of its role in 2001. The station is notable for its architecture, adopting a mixture of Eastern and Western designs.

The National Museum is a museum located on Jalan Damansara in Kuala Lumpur, Malaysia. The museum is situated in close proximity to the Perdana Lake Gardens and it provides an overview of Malaysian history and culture. Muzium Negara is a palatial structure built in the style of Rumah Gadang, an aspect of Minangkabau architecture. Its facade comprises elements of traditional Malay and modern features.

The National Mosque of Malaysia is located in Kuala Lumpur. It has a capacity of 15,000 people and is situated among 13 acres of beautiful gardens. The original structure was designed by a three-person team from the Public Works Department - UK architect Howard Ashley, and Malaysians Hisham Albakri and Baharuddin Kassim. The mosque was built in 1965 on the site of a church, the Venning Road Brethren Gospel Hall which had stood there since 1922 but appropriated by the Malaysian government.

The Royal Selangor Club (Malay: Kelab Di-Raja Selangor) is a social club in Kuala Lumpur, Malaysia, founded in 1884 by the British who ruled Malaya. The club is situated next to the Dataran Merdeka, or Independence Square, padang (field), and is accessible from Jalan Raja (Raja Road). The Club will play host to certain matches from the ICC U-19 Cricket World Cup.

The Kuala Lumpur Bird Park (Malay: Taman Burung Kuala Lumpur) is a 20.9-acre public aviary in Kuala Lumpur, Malaysia. It is a popular tourist attraction in the country, receiving an annual average of 200,000 visitors. It is located adjacent to the Lake Gardens. The Bird Park houses more than 3000 birds representing more than 200 species in an enclosed aviary. 90% are local birds and 10% were imported from overseas.

The National Planetarium is the national planetarium of Malaysia. It is a blue-domed structure that is situated on top of a hill in the Lake Gardens at Jalan Perdana, Kuala Lumpur. It is about 120,000 square feet in area.

The Royal Malaysia Police is a part of the security forces structure in Malaysia. The force is a centralised organization with responsibilities ranging from traffic control to intelligence gathering. Its headquarters is located at Bukit Aman, Kuala Lumpur. The police force is led by an Inspector-General of Police (IGP). The post is held by Tan Sri Ismail Omar.

Universiti Pertahanan Nasional (UPNM) or the National Defence University of Malaysia is a military university located in Sungai Besi Camp, Kuala Lumpur. The university is Malaysia's first catering to the needs and development of the Malaysian Armed Forces. There are around 2,700 undergraduate students, with over 1,300 of them Officer Cadets that undergoe four to six years of training.

These districts belong to Kuala Lumpur.

These are districts that are close by, but belong to a different city than Kuala Lumpur.

These are some bigger and more relevant cities in the wider vivinity of Kuala Lumpur.