Current time in Ipoh is now 03:58 AM (Monday). The local timezone is named Asia / Kuala Lumpur with an UTC offset of 8 hours. We know of 9 airports near Ipoh, of which one is a larger airport. The closest airport in Malaysia is Sultan Azlan Shah Airport in a distance of 1 mi (or 2 km), South-East. Besides the airports, there are other travel options available (check left side).

There are two Unesco world heritage sites nearby. The closest heritage site in Malaysia is Archaeological Heritage of the Lenggong Valley in a distance of 34 mi (or 55 km), North. If you need a hotel, we compiled a list of available hotels close to the map centre further down the page.

While being here, you might want to pay a visit to some of the following locations: Tanah Rata, George Town, Betong, Sukhirin and Kuala Lumpur. To further explore this place, just scroll down and browse the available info. 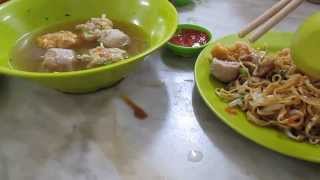 Gerryko eats Hakka Mee, noodles by the Hakka chinese people, quite delicious. Sad to say the coffee in his stupid misguided opinion, is toooooooo bitter for his liking, that left a bitter taste... 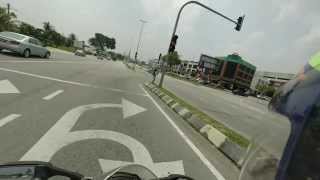 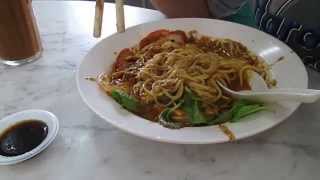 Gerryko eats curry noodles at this Kedai Makanan Nam Heong @ Ipoh Old Town, the place that made the Old Town Coffee franchise. Gerryko is being a perv, trying to reminiscence the past girl... 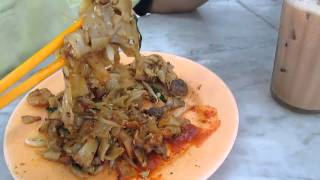 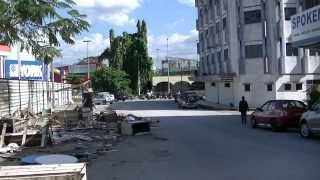 Gerryko is at Medan Kidd, circa December 2013 Address: Jalan Tun Abdul Rajak, Ipoh brought to you by Shi-CR33po, your friendly she-robot narrator. 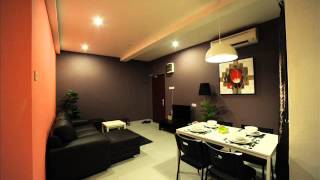 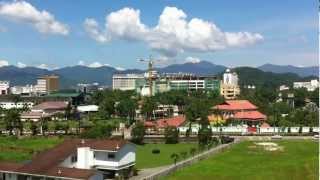 The scene of Ipoh city in a sunny day as captured from top floor car park of Coliseum Square on 06-Jan-2013. 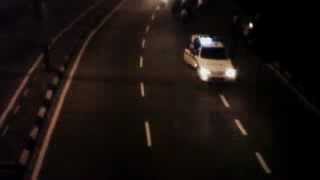 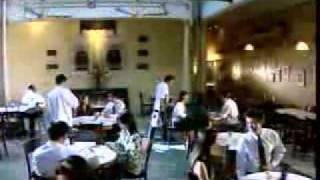 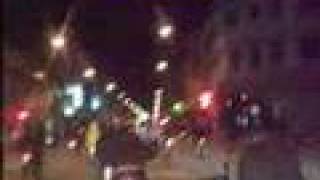 Ipoh is the capital city of Perak state, Malaysia. It is approximately 200 km (125 miles) north of Kuala Lumpur on the North-South Expressway. Ipoh developed into one of Malaysia's main cities around the turn of the 19th century due to the booming tin mining industry. During the British colonial era, Ipoh was Malaysia's second city for administrative purposes. Architecturally, the city centre is characterised by colonial era Chinese shop houses.

Sultan Azlan Shah Airport is an airport that serves Ipoh, a city in the state of Perak in Malaysia.

Velodrome Rakyat is a velodrome in Ipoh, Malaysia, and was the first velodrome to be built in that country. Tan Sri Dato' Seri Darshan Singh Gill, President of the Perak Cycling Association, identified the need for a velodrome in the country. Previously, the National Cycling Federation used to send track cyclists to neighbouring countries at a very high cost.

Located at 4.60914, 101.101 (Lat. / Lng.), about 2 miles away.
Wikipedia Article
Sports venues in Malaysia, Velodromes, Cycle racing in Malaysia, Buildings and structures in Ipoh

SMJK Sam Tet is a national-type boys' secondary school located in Ipoh, Perak, Malaysia. It is located side-by-side with its primary school, SRJK (C) Sam Tet. The founder of the school is Father Fourgs from the local St. Michael Catholic Church. The school has survived hardships, including the Japanese Occupation. The school's Form 6 classes are available to both boys and girls, with former girls from SMJK Ave Maria Convent, Ipoh being the biggest population of girls.

Taman Keramat is a township in Ulu Klang, Selangor, Malaysia. This township is located between Kampung Datuk Keramat and Setiawangsa in Kuala Lumpur side. Taman Keramat is served by twoe light rail transit station as part of the Kelana Jaya Line.

The Ipoh railway station is a Malaysian train station located at the south-western side of and named after the capital city of Ipoh, Perak. It serves as the main railway terminal for the state. It is owned by Keretapi Tanah Melayu Berhad, and offers KTM Intercity services, as well as handling freight trains. Designed by Arthur Benison Hubback, it was first constructed and opened in 1935, making it the second concrete station to be constructed in the town.

SMK Convent Ipoh is an all-girls secondary school located on Jalan Sultan Idris Shah (formerly Brewster Road), Ipoh, Perak, Malaysia. Established in 1907, it is one of the oldest schools in Ipoh and is widely known as Main Convent Ipoh.

Azlan Shah Stadium is a field hockey stadium at Ipoh, Perak, Malaysia. It is the permanent venue of the Sultan Azlan Shah Cup.

These are some bigger and more relevant cities in the wider vivinity of Ipoh.