Al Ḩajar al Aswad in Rif-dimashq Governorate is a city located in Syria a little south of Damascus, the country's capital town.

Current time in Al Ḩajar al Aswad is now 10:11 AM (Friday). The local timezone is named Asia / Damascus with an UTC offset of 3 hours. We know of 10 airports closer to Al Ḩajar al Aswad, of which 5 are larger airports. The closest airport in Syria is Damascus International Airport in a distance of 13 mi (or 20 km), East. Besides the airports, there are other travel options available (check left side).

There are several Unesco world heritage sites nearby. The closest heritage site in Syria is Ancient City of Damascus in a distance of 4 mi (or 6 km), North. In need of a room? We compiled a list of available hotels close to the map centre further down the page.

Since you are here already, you might want to pay a visit to some of the following locations: Babila, Jaramana, Damascus, Darayya and Al Mulayhah. To further explore this place, just scroll down and browse the available info. 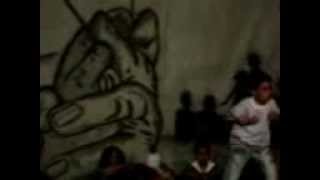 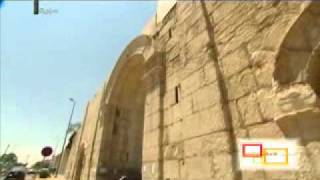 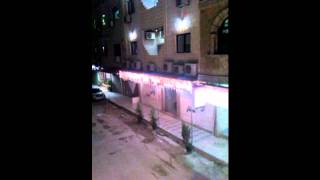 Filmed from an apartment in Al Sayyada Zainab (sa) district - which is a mere 2 minute walk from the shrine itself. Apologies for nothing much going on in the video - I wanted to catch the... 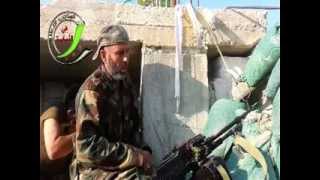 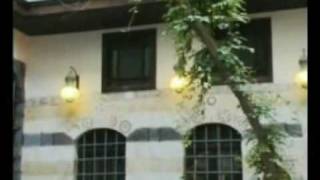 Thats Bait Al-Jouri Hotel located in Bab Toma were we stayed to witness Rasha & Louay's wedding ;P I hope you enjoy reminiscing the good days we had in Syria... ;) 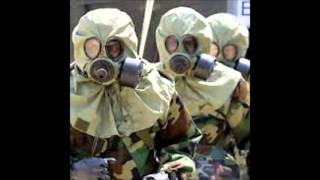 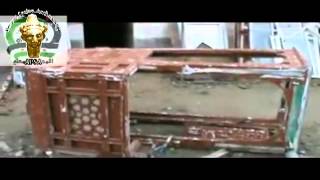 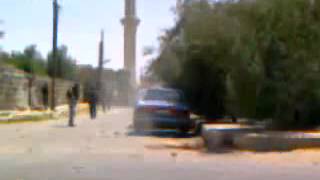 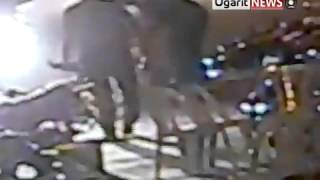 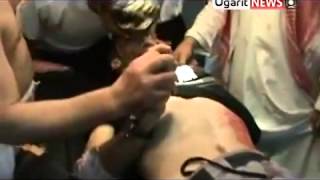 Ali Shariati was an Iranian revolutionary and sociologist, who focused on the sociology of religion. He is held as one of the most influential Iranian intellectuals of the 20th century and has been called the 'ideologue of the Iranian Revolution'.

Far' Falastin is a notorious Syrian prison located near Damascus. The United States used a process called extraordinary rendition to transport a number of terrorist suspects to Far' Falastin where they were subjected to interrogation that included torture. In addition, the participation of German officials in interrogations in Far' Falastin has been confirmed. It is not known whether these officials were present or participating in cases where torture was applied to prisoners.

Located at 33.4928, 36.3208 (Lat. / Lng.), about 3 miles away.
Wikipedia Article
Buildings and structures in Damascus, Prisons in Syria, Torture in Syria, Far' Falastin prisoners

Sayyidah Zaynab Mosque is a shrine located in Sayyidah Zaynab, Rif Dimashq Governorate, Syria, that contains the grave of Zaynab, daughter of ‘Alī and Fātimah and granddaughter of Muhammad. It is believed by Shī‘a Muslims that this mosque is the authentic burial place of Lady Zaynab, whereas the mosque in Cairo by the same name belongs to: Zaynab b. Yahya b. Zayd b. ‘Alī Zayn al-‘Ābidīn (i.e. the great grand-daughter of the Imam).

Al-Midan is a neighbourhood and a municipality located in Damascus, Syria, just south of the old walled city of Damascus very near the modern city centre. Its streets and alleys are full of heritage and history due to the age of the neighbourhood. Throughout history, its people fought alongside their brothers from other neighbourhoods to protect Damascus. Also, there are many great Damascene scholars who were born here.

Tadamon is a neighbourhood of Damascus, Syria. According to the Syria Central Bureau of Statistics, Tadamon had a population of 86,793 in the 2004 census. The neighborhood has been active in the Syrian uprising.

Kafr Sousa كفر سوسة is a municipality and a neighbourhood of Damascus, Syria.

Qadam is a neighborhood of Damascus, Syria.

These are some bigger and more relevant cities in the wider vivinity of Al Ḩajar al Aswad.