Homs in Homs Governorate with it's 775,404 habitants is a city located in Syria about 88 mi (or 141 km) north of Damascus, the country's capital town.

Current time in Homs is now 10:06 PM (Tuesday). The local timezone is named Asia / Damascus with an UTC offset of 3 hours. We know of 9 airports closer to Homs, of which 5 are larger airports. The closest airport in Syria is Bassel Al-Assad International Airport in a distance of 64 mi (or 103 km), North-West. Besides the airports, there are other travel options available (check left side).

There are several Unesco world heritage sites nearby. The closest heritage site in Syria is Crac des Chevaliers and Qal’at Salah El-Din in a distance of 26 mi (or 42 km), West.

Since you are here already, you might want to pay a visit to some of the following locations: Tallbisah, Khirbat Tin Nur, Ar Rastan, Harbinafsah and `Ayn an Nasr. To further explore this place, just scroll down and browse the available info. 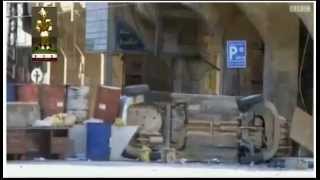 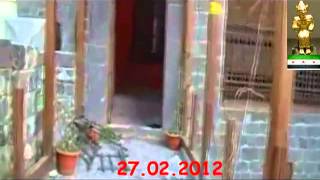 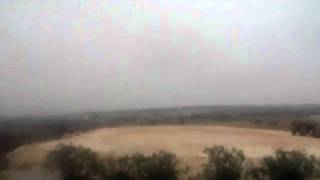 A ride I took from Homs to Aleppo, weeks before Syria began to unravel. Each day I think about all the beautiful people I met in Syria and I wonder about their fate. I have never felt more... 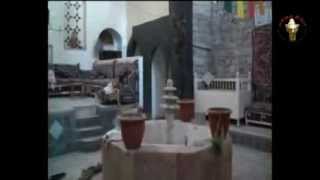 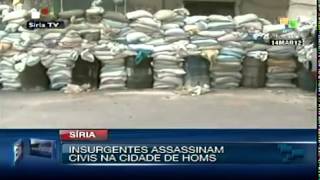 Homs, previously known as Emesa, is a city in western Syria and the capital of the Homs Governorate. It is 501 metres above sea level and is located 162 kilometres north of Damascus. Located on the Orontes River, Homs is also the central link between the interior cities and the Mediterranean coast. Homs is a major industrial center, and with a population of at least 652,609 people, it is the third largest city in Syria after Aleppo to the north and the capital Damascus to the south.

Located at 34.7308, 36.7094 (Lat. / Lng.), about 1 miles away.
Wikipedia Article
Cities in Syria, Homs, Populated places established in the 3rd millennium BC, Roman towns and cities in Syria, Royal Family of Emesa

The Battle of Emesa was fought in 272 between Roman and Palmyran forces. The Romans were led by Emperor Aurelian, while the Palmyrans were led by Queen Zenobia and her general Zabdas. Aurelian had started a campaign to reconquer the secessionist Palmyrene Empire, led by Vaballathus and his mother Queen Zenobia. He had come to the East willing to show his mercy to the Roman peoples of the area, and had defeated Zenobia at the Battle of Immae, near Antioch.

The Battle of Wadi al-Khazandar, also known as the Third Battle of Homs, was a Mongol victory over the Mamluks in 1299.

The Second Battle of Homs was fought in western Syria on October 29, 1281, between the armies of the Mamluk dynasty of Egypt and Ilkhanate, division of the Mongol Empire centered on Iran. The battle was part of Abaqa Khan's attempt at taking Syria from the Mamluks.

Saint Mary Church of the Holy Belt is a historical Syriac Orthodox Church in Homs, Syria. The church is built over an underground church dating back to 50 AD. It is the seat of the Syriac Orthodox archbishopric. The church contains a venerated relic that is supposed to be a section of the belt of Mary mother of Jesus.

The Great Mosque of al-Nuri also called al-Nouri Mosque, is a mosque in Homs, Syria. It is situated off ash-Shouhada street, adjacent to the city's historical roofed souks ("markets").

For other battles in the same area but in different years, see Battle of Homs. The first Battle of Homs was fought on December 10, 1260, between the armies of the Mongol Ilkhanate of Persia and the forces of Egypt, in Syria. After the historic Mamluk victory over the Mongols at the Battle of Ain Jalut in September 1260, Hulagu Khan of the Ilkhanate had the Ayyubid Sultan of Damascus and other Ayyubid princes executed in revenge, thus effectively ending the dynasty in Syria.

The Siege of Emesa was laid by the forces of Rashidun Caliphate from December 635 up until March 636. This led to the Islamic conquest of Emesa, which was a major trading city of the Byzantine Empire in the Levant.

The Church of Saint Elian is a church in Homs, Syria, located along Tarafa bin al-Abd Street near the Gate of Palmyra. The Feast of St. Elian is held annually at the church on February 6, attracting a large number of pilgrims.

The Gates of Homs refer to gates of the city of Homs in central Syria. Historically under the Abbasid dynasty, the city had seven gates. They were the following: Bab al-Souq (Gate of the Market), thought to have been located on the southwestern corner of the al-Nouri Mosque. Bab Tadmor located on the northeastern side of the wall. Bab al-Dreib (or Bab al-Deir) located on the eastern side of the wall. Bab al-Sebaa (Gate of the Lions) located east of the citadel, and leads to the Old City.

Shoukri al-Quwatly Street or simply Quwatly Street is the main street of central Homs, Syria. The street is a short, but wide strip of road with a large roundabout at both ends. Central Homs lies on either side of Quwatli Street, named after former Syrian president Shukri al-Quwatli. At its eastern end is the Great Mosque of al-Nuri and Martyr's Square with the old clock tower, while the new clock tower is located at its western end.

The 2012 Homs offensive was a Syrian Army crackdown on the opposition stronghold of Homs, within the scope of the Siege of Homs, beginning since early February 2012 and ending with the U.N. brockered cease fire on April 14, 2012. The offensive began by artillery bombardment by the Syrian armed forces in response to an attack by the Free Syrian Army on Syrian Army checkpoints on 3 February 2012, killing 10 soldiers.

These districts belong to Homs.

These are districts that are close by, but belong to a different city than Homs.

These are some bigger and more relevant cities in the wider vivinity of Homs.