As Salamīyah
in Hama Governorate, Syria

As Salamīyah in Hama Governorate with it's 94,887 habitants is a city located in Syria about 112 mi (or 181 km) north of Damascus, the country's capital town.

Current time in As Salamīyah is now 02:54 PM (Thursday). The local timezone is named Asia / Damascus with an UTC offset of 3 hours. We know of 8 airports closer to As Salamīyah, of which 5 are larger airports. The closest airport in Syria is Bassel Al-Assad International Airport in a distance of 68 mi (or 109 km), North-West. Besides the airports, there are other travel options available (check left side).

There are several Unesco world heritage sites nearby. The closest heritage site in Syria is Crac des Chevaliers and Qal’at Salah El-Din in a distance of 48 mi (or 76 km), West.

Since you are here already, you might want to pay a visit to some of the following locations: Barri ash Sharqi, Mukharram al Fawqani, `Ayn an Nasr, Sabburah and Al Hamra'. To further explore this place, just scroll down and browse the available info. 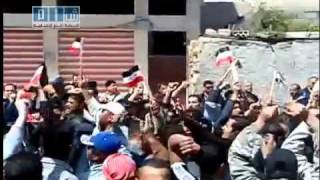 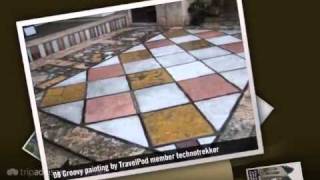 Preview of Technotrekker's blog at TravelPod. Read the full blog here: http://www.travelpod.com/travel-blog-entries/technotrekker/overland05/1143109440/tpod.html This blog preview was made... 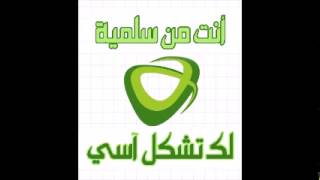 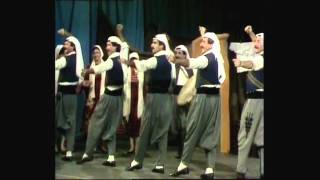 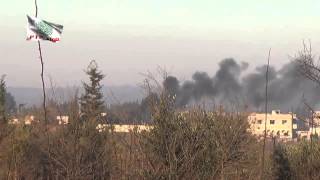 Shmemis also ash-Shmemis, ash-Shmamis) is a castle located 5 km north west of Salamiyah and 30 km south east from Hama. The castle was first built, on top of an extinct volcano, in the 1st century BC by Sampsiceramus I, the first Priest King of the Royal family of Emesa. Most of the original structure was subsequently destroyed by an earthquake. It was later destroyed by the Persian king Khosrau II in AD 613. It was rebuilt in AD 1229 by Assad ud-Din Shirkoh, an Ayyubid governor of Homs.

Salamiyah is a city and district in western Syria, in the Hama Governorate. It is located 33 km southeast of Hama, 45 km northeast of Homs. The city is nicknamed the "mother of Cairo" because it was the birthplace of the second Fatamid Caliph Muhammad al-Qaim Bi-Amrillah, who's dynasty would eventually establish the city of Cairo, and the early headquarters of his father Ubayd Allah al-Mahdi Billah who founded the Fatamid Caliphate.

The royal family of Emesa, also known as the Emesani Dynasty or the Sempsigerami of Emesa, sometimes known as The Sampsiceramids were a ruling Roman client dynasty of priest-kings in Emesa, Syria Province. They can be viewed both as Arameans and Arabs.

Chmemis Castle is located at 5 km northwest of Salamiyah city in Syria, on an isolated mountain, which is part of the mountain range of al-Ola. The first construction dates back to the Chmemisgram family princes who ruled the city of Homs in late Hellenistic and early Roman period. This fortress has survived until the Persians had destroyed and burnt like all the fortifications in the Middle East that they took. The castle was rebuilt by the Ayyubid Cherkouh.

These are some bigger and more relevant cities in the wider vivinity of As Salamīyah.