Upper Hutt in Upper Hutt City (Wellington) with it's 38,400 habitants is located in New Zealand about 18 mi (or 28 km) north-east of Wellington, the country's capital town.

Current time in Upper Hutt is now 08:14 PM (Thursday). The local timezone is named Pacific / Auckland with an UTC offset of 13 hours. We know of 9 airports close to Upper Hutt, of which two are larger airports. The closest airport in New Zealand is Paraparaumu Airport in a distance of 16 mi (or 26 km), North. Besides the airports, there are other travel options available (check left side).

While being here, you might want to pay a visit to some of the following locations: Wellington, Palmerston North, Blenheim, Nelson and Richmond. To further explore this place, just scroll down and browse the available info. 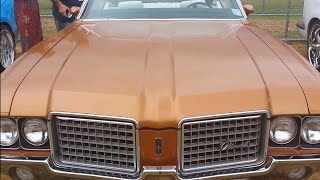 1972 OLDSMOBILE CUTLASS CONVERTIBLE For 1972, there were minor style changes to the Cutlass. The primary changes to the 1972 Cutlass were the front grilles and the tail lights. 1972 Model... 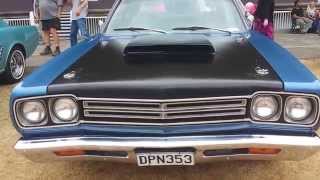 1969 PLYMOUTH GTX In 1969, when the Road Runner was also offered in a convertible body style. The GTX received minor cosmetic changes, as well as the introduction of the optional Air Grabber... 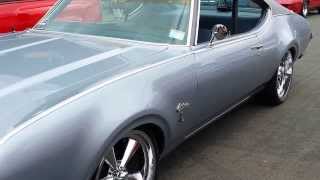 1969 OLDSMOBILE CUTLASS S Introduced in 1961 as a unibody compact vehicle, the Oldsmobile Cutlass was made by the Oldsmobile division of General Motors. The 1969 F-85/Cutlass models ... 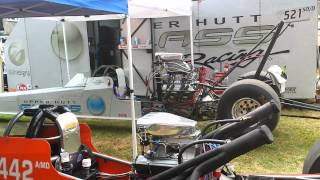 Upper Hutt Glass Racing Drag Car Idle. Upper hutt glass drag racing team is a family team. All members of the Davison family are involved in the running of the car. Currently competing in... 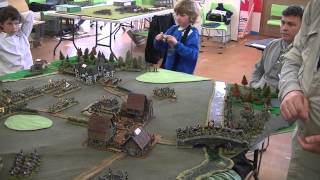 This is a brief video showing our wargame recently staged in Wellington, New Zealand, to commemorate the 200th anniversary of the 'Battle of the Nations'. It was held on the 4th, 5th and 6th... 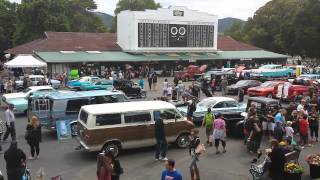 AMERICAN MUSCLE CAR SHOW in Upper Hutt 2014. Panorama of the Show day in the grounds of the Trentham Race Course. At The American Muscle Car Show, Upper Hutt, New Zealand. 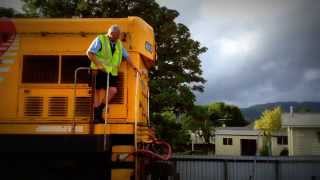 G22AR, locomotive, DC 4012 had to be removed from the Wairarapa Connection weekend train. That was shuttling passengers between Upper Hutt and Masterton. Due to scheduled track maintenance ... 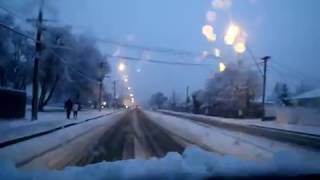 A drive through Upper Hutt during the snow storm 16 August 2011. 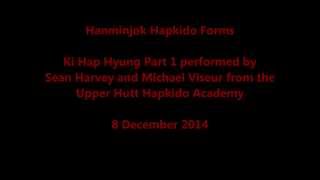 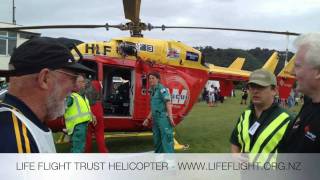 Footage from Wellington Truck show! For more info on Life Flight Trust go to www.lifeflight.org.nz For info about the incident they responded to check out the following link... http://www.lifef...

Upper Hutt is a satellite city of Wellington. It is New Zealand's smallest city by population. It is in Greater Wellington.

Trentham is the most populous suburb of Upper Hutt, a city in the Wellington region of New Zealand. The suburb is located in a widening of the Hutt Valley, five kilometres to the southwest of the Upper Hutt city centre. The name "Trentham" was initially given by Richard Barton, the first European Settler in the area, in honour of his former employer, the Duke of Sutherland. One of the Duke of Sutherland's subsidiary titles was Viscount Trentham, of Trentham in the County of Stafford.

Hutt International Boys' School (usually known by its acronym, HIBS) is a state integrated boys' secondary school in Upper Hutt, Wellington, New Zealand. As of 2011 the Principal is Grahame Duffy, who was appointed to the role in 2001.

Upper Hutt College is a state co-educational secondary school located in Upper Hutt, New Zealand. The school day runs from 8:40 am to 3:15 pm, and students attend five one-hour classes per day. Form classes are attended for 20 minutes each day, and are formed by a vertical form system which means students from every year level are placed in the same form class to encourage social growth between year levels throughout the school.

Located at -41.1274, 175.04 (Lat. / Lng.), about 1 miles away.
Wikipedia Article
Educational institutions established in 1962, Secondary schools in the Wellington Region, Schools in Upper Hutt

Heretaunga College is a secondary school located in Upper Hutt, New Zealand. It is co-educational and has approximately 800 students from Year 9 (3rd form) through to Year 13 (7th Form). The college grounds are a large area with primary access via Ward Street (which runs North-West to South-East) and secondary access via Blockhouse Lane and Fortune Lane.

Wallaceville is a suburb of Upper Hutt located in the lower North Island of New Zealand. It is named after John Howard Wallace (1816-91), an early New Zealand settler, local body politician, businessman and author of one of the first published histories of New Zealand. It is home to the oldest surviving wooden blockhouse in New Zealand. AgResearch has its National Centre for Biosecurity and Infectious Diseases at Wallaceville.

Wallaceville Railway Station is a single-platform urban railway station serving the suburb of Wallaceville in Upper Hutt. The station lies on the Hutt Valley Line section of the Wairarapa Line between Upper Hutt Railway Station and Trentham Railway Station, and is located on Maclean Street, off Ward Street. This station is served by Tranz Metro's electric multiple unit trains, typically of the EM/ET class.

Trentham Railway Station is an urban railway station in Trentham, a suburb of the city of Upper Hutt in the Wellington region of New Zealand's North Island. It is on the Hutt Valley Line section of the Wairarapa Line and has two side platforms. The station is served by Tranz Metro's electric multiple unit trains, usually of the EM class. The double-tracking of the Wairarapa Line ends just north of Trentham station, with the line becoming single track as it continues north.

The Upper Hutt Blockhouse also known as the Wallaceville Blockhouse is a 19th-century American-style military blockhouse situated in Upper Hutt, New Zealand. One of very few such blockhouses built in New Zealand, it is preserved as a Category I historic place. It was built in late 1860 as part of a larger Stockade and was one of two Blockhouses and Stockades built in the Hutt Valley that year.

Trentham Racecourse is the main thoroughbred horse racecourse for the Wellington city area in New Zealand.

These districts belong to Upper Hutt.

These are districts that are close by, but belong to a different city than Upper Hutt.

These are some bigger and more relevant cities in the wider vivinity of Upper Hutt.

This place is known by different names. Here the ones we know:
აპერ-ჰატი, 어퍼헛, Hutt Atas, Аппер-Хатт