New Plymouth in New Plymouth District (Taranaki) with it's 49,168 residents is a town located in New Zealand about 158 mi (or 254 km) north of Wellington, the country's capital place.

Time in New Plymouth is now 10:04 AM (Friday). The local timezone is named Pacific / Auckland with an UTC offset of 12 hours. We know of 10 airports nearby New Plymouth, of which two are larger airports. The closest airport in New Zealand is New Plymouth Airport in a distance of 7 mi (or 10 km), North-East. Besides the airports, there are other travel options available (check left side).

There is one Unesco world heritage site nearby. It's Tongariro National Park in a distance of 83 mi (or 134 km), East. Need some hints on where to stay? We compiled a list of available hotels close to the map centre further down the page.

Being here already, you might want to pay a visit to some of the following locations: Hamilton, Palmerston North, Auckland, Wellington and Nelson. To further explore this place, just scroll down and browse the available info. 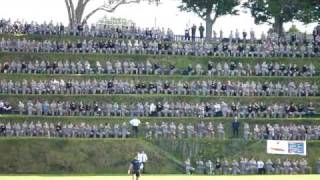 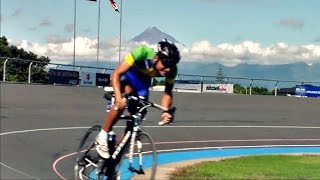 Call us for a free window cleaning quote if you live in New Plymouth Taranaki New Zealand simply call 06 880 0601 When you need your windows cleaned call the experts at Outareach Windows....

Window Cleaner New Plymouth Taranaki - Call 0211413664 Now For a Professional Window Cleaning Quote Watch your friends and neighbors amazement at how clean and shiny your windows will ... 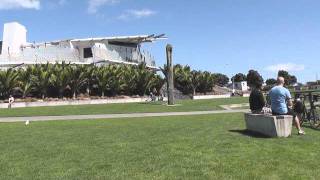 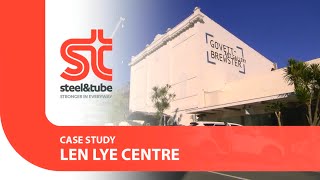 An interesting architectural and important national arts project in New Plymouth, the Govett-Brewster Art Gallery, is New Zealand's most courageous contemporary art museum and home to the collectio. 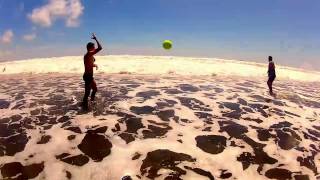 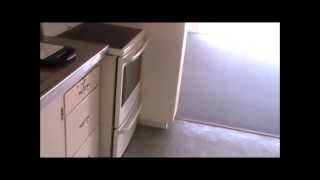 New Plymouth BMX Track Had enough clips from today's track session to put a video together of the entire track Change to 1080HD Quality as it was filmed on my iphone. 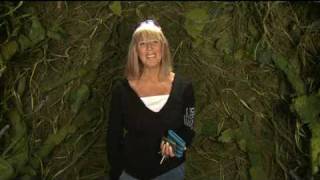 Looking forward to seeing you and showing you around New Plymouth.

New Plymouth Boys' High School is a single-sex boys' state secondary school in New Plymouth, Taranaki, New Zealand. It was founded in 1882 and celebrated its 125th Jubilee in 2007. The school currently caters for approximately 1300 students, including 210 boarders, on its 15 hectare site. The school often collaborates with the very close-by New Plymouth Girls' High School.

New Plymouth Observatory was opened in 1920 and is situated on Marsland Hill, Robe Street, New Plymouth, New Zealand, and is the home of the New Plymouth Astronomical Society (NPAS). The Society opens the Observatory to the Public, Tuesday evenings. Winter hours are 7.30-9.30pm, Summer hours are 8.30-10.30pm. Group bookings by arrangement.

Vogeltown is a suburb of New Plymouth, in the western North Island of New Zealand. It is located to the southeast of the city centre and east of Frankleigh Park. The suburb was named after Sir Julius Vogel, Prime Minister of New Zealand in the 1870s.

Frankleigh Park is a suburb of New Plymouth, in the western North Island of New Zealand. It is located to the south of the city centre. The suburb is built around the site of early settler Henry King's farm, Woodleigh, the father of William Cutfield King. The population was 3,447 in the 2006 Census, a decrease of 33 from 2001. The suburb is one of the older and more established suburbs of the city, lying in the valley of the Huatoki River.

Welbourn (often misspelled Welbourne) is a suburb of New Plymouth, in the western North Island of New Zealand. It is located to the southeast of the city centre. Te Henui Stream runs through the suburb and State Highway 3 forms its western boundary. The population was 1,698 in the 2006 Census, a decrease of 60 from 2001. The suburb began as a railway settlement.

Brooklands is a suburb of New Plymouth, in the Taranaki region of the western North Island of New Zealand. It is located on the southern edge of the city and east of Vogeltown. The area is named after Brooklands farm, established in 1842.

The Govett-Brewster Art Gallery is a contemporary art museum at New Plymouth, Taranaki, New Zealand. The gallery receives core funding from the New Plymouth District Council. Govett-Brewster is recognised internationally for contemporary art, and has received many awards. In 2009, the gallery was honoured by the Arts Foundation of New Zealand with their Governor's Award.

Pukekura Park is a Garden of National Significance, covering 52ha near the heart of New Plymouth, Taranaki in New Zealand. The park contains a diverse range of native and exotic plants. Various easy walking trails cross the park and meander along the lake sides, taking in the features of the park. Among these are the picturesque Poet's Bridge, which was opened on 11 March 1884. There is also a man-made cascading waterfall and a fountain in the aptly named Fountain Lake.

The Wind Wand is a 48-metre kinetic sculpture located in New Plymouth, New Zealand. The sculpture includes a 45-metre tube of red fibreglass, and was made to designs by artist Len Lye. To residents, it is one of the main icons of New Plymouth. Originally installed in December 1999 along with the Coastal Walkway, it had to be taken down within weeks. After repairs it was reinstalled in June 2001. The red fibreglass tube stands vertical in still air, but bends in the wind.

The TSB Bank Festival of Lights is an annual event held in Pukekura Park, New Plymouth. Running for free every year from mid-December to early February, it has daytime and night time programmes of events for people of all ages, and the festival itself transforms the park into an illuminated wonderland every evening. Colorful lights are used to highlight tree crowns, ferns, and other plants.

These districts belong to New Plymouth.

These are some bigger and more relevant cities in the wider vivinity of New Plymouth.