Rotorua
in Rotorua District of Bay of Plenty, New Zealand

Rotorua in Rotorua District (Bay of Plenty) with it's 65,901 habitants is located in New Zealand about 231 mi (or 372 km) north of Wellington, the country's capital town.

Current time in Rotorua is now 02:49 AM (Sunday). The local timezone is named Pacific / Auckland with an UTC offset of 12 hours. We know of 9 airports close to Rotorua, of which one is a larger airport. The closest airport in New Zealand is Rotorua Regional Airport in a distance of 4 mi (or 7 km), North-East. Besides the airports, there are other travel options available (check left side).

There is one Unesco world heritage site nearby. It's Tongariro National Park in a distance of 54 mi (or 87 km), South-West. If you need a hotel, we compiled a list of available hotels close to the map centre further down the page.

While being here, you might want to pay a visit to some of the following locations: Tauranga, Whakatane, Hamilton, Opotiki and Napier. To further explore this place, just scroll down and browse the available info. 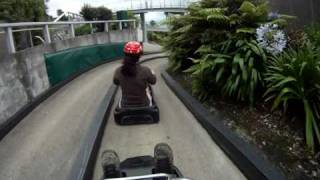 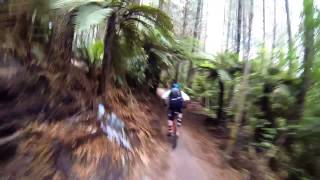 Full run on the new Eagle vs Shark trail, Amazingly flowy bit of single track with a -11% gradient and probably one of the best trails in New Zealand, Bike Is a Santa Cruz Solo running new... 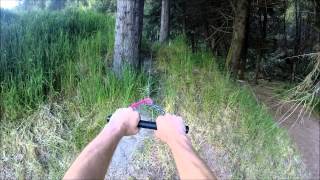 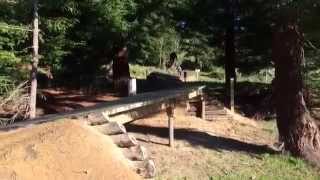 Just a glimpse of what awaits at the new Skyline Rotorua MTB Gravity Park. Ride more. 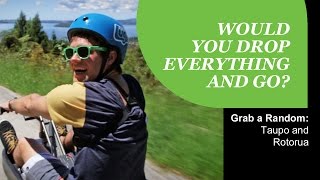 If we asked you to drop everything to go on an adventure somewhere in NZ, would you? This couple starred in our fourth episode of Grab a Random for a spur of the moment weekend in Rotorua and... 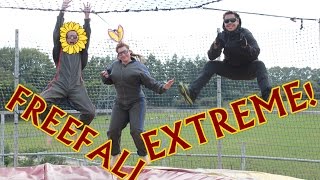 My wife and I Having a go on the skydive simulator at the extreme Agroventures compound. Check it in the link below! http://www.agroventures.co.nz/ 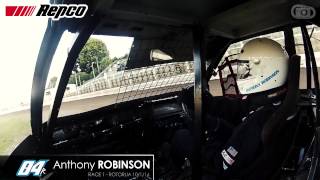 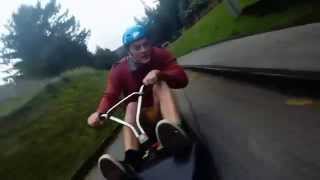 Highlights from an afternoon at Skyline, Rotorua. www.skyline.co.nz/rotorua/ 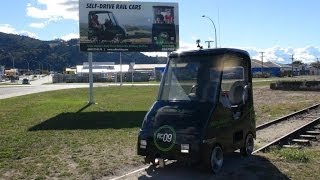 Rotorua RailCruising 2 - Ride to the end of the old branch Line.

In this video we venture onto the long disused part of the line, past Tarukenga and onto the end of the line in Rotorua. 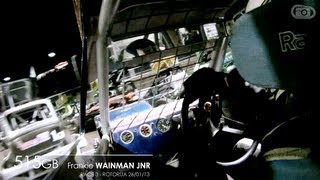 Rotorua Boys' High School is a state school educating boys from Year 9 to Year 13. It is situated just outside of the Rotorua CBD at the intersection of Old Taupo Road and Pukuatua Street in Rotorua, New Zealand. It is notable for considerable sporting success, having won on several occasions the New Zealand and World secondary school championships in rugby and the world secondary school golf championship in consecutive years.

John Paul College is a secondary school in Rotorua, New Zealand. It caters for year 7 to 13 boys and girls and offers a Catholic education to its students. It was opened in 1987 and combined two existing schools, Edmund Rice College (for boys) and MacKillop College (for girls). The school was founded to serve the Catholic families of Rotorua. John Paul College incorporates strong Catholic values, being named after the late Pope John Paul II.

The Energy Events Centre is a sports complex in Rotorua, New Zealand. The centre can hold up to 3,500 people and was finished in February 2007. The main court is the current alternate home for the Waikato/Bay of Plenty Magic netball team in the ANZ Championship. The franchise uses Mystery Creek Events Centre in Hamilton as their main home venue, with Queen Elizabeth Youth Centre in Tauranga as another alternate home.

Smallbone Park is a cricket ground in Rotorua, Bay of Plenty, New Zealand. The first recorded match held on the ground came in 1921 when Rotorua played the touring Australians. The ground later held its first first-class match during the 1968/69 Plunket Shield when Northern Districts played Otago. Between the 1968/69 and 1995/96 season's, seventeen first-class matches were held there, the last of which saw Northern Districts play Central Districts in the 1995/96 Shell Trophy.

These districts belong to Rotorua.

These are some bigger and more relevant cities in the wider vivinity of Rotorua.