Wanganui in Wanganui District (Manawatu-Wanganui) with it's 40,268 inhabitants is located in New Zealand about 95 mi (or 152 km) north of Wellington, the country's capital.

Local time in Wanganui is now 01:50 AM (Thursday). The local timezone is named Pacific / Auckland with an UTC offset of 12 hours. We know of 8 airports in the wider vicinity of Wanganui, of which one is a larger airport. The closest airport in New Zealand is Wanganui Airport in a distance of 2 mi (or 4 km), South-West. Besides the airports, there are other travel options available (check left side).

There is one Unesco world heritage site nearby. It's Tongariro National Park in a distance of 89 mi (or 143 km), North. If you need a place to sleep, we compiled a list of available hotels close to the map centre further down the page.

Depending on your travel schedule, you might want to pay a visit to some of the following locations: Palmerston North, New Plymouth, Wellington, Napier and Blenheim. To further explore this place, just scroll down and browse the available info. 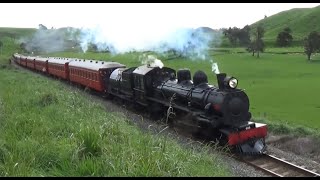 (New Zealand) Ab 608 'Passchendaele' leaves Wanganui to the tunes of the local pipe band and leads it's excursion train around a cruel curve and onto a gradient. The train had spent four... 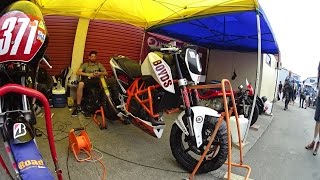 the Cemetary Circuit in Wanganui New Zealand has hosted motorcycle street races for 60 years and it's as strong as ever. Here's a snapshot of the spectators view around the circuit. 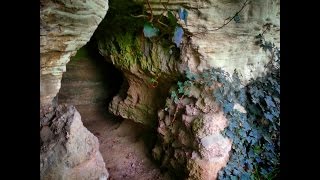 Built in the 1850s Strachan's Cave is a rare surviving example of a privately built refuge, and represents the level to which race relations had fallen in Victorian New Zealand. 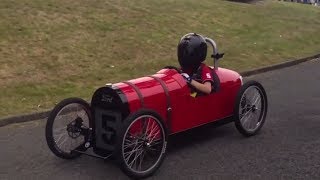 This video is about Wanganui Soapbox Derby 2014. 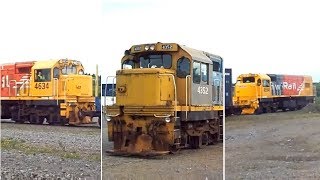 (New Zealand) The 'Dominion Post Rail Tour 2013' visited Wanganui on October 29 and stayed for two nights. It was hauled by Dc 4352, after what must've been an exhaustive search down the length. 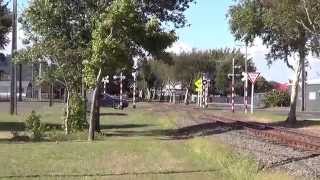 3 shots today:1st, milk train 544 heading for whareroa.2nd, silver fern on charter arriving at eastown from new plymouth,3rd, proceding into wanganui freight where it will stay the nite. 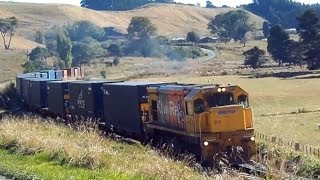 (New Zealand) A shortage of KiwiRail locomotives in March 2014 has seen just a single loco allocated to the Wanganui shunt. This is 4012 hauling a train of containers away from Wanganui to... 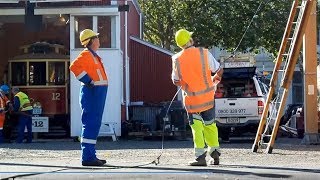 (New Zealand). Power company contractors and Tramways Wanganui Trust members have installed the cantilevered cantenary arms and support wires that will be part of the heritage tramlines electrical... 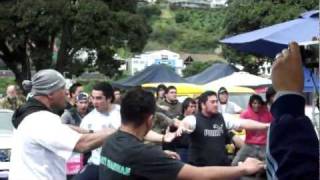 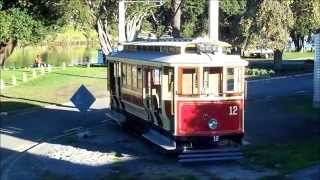 Crew Training Begins On Wanganui's No'12

(New Zealand) The 'Tramways Wanganui Trust' has begun training its new vollunteers to become the conductors and drivers of the restored number 12 car. About twelve vollunteers have signed...

Wanganui Collegiate School is a state integrated coeducational, day and boarding secondary school in Wanganui, New Zealand. The school is affiliated to the Anglican church.

Moutoa Gardens, also known as Pakaitore, is a park in the city of Wanganui, New Zealand. Named after the Battle of Moutoa Island in the Second Taranaki War, it contains a memorial to the battle inscribed "To the memory of the brave men who fell at Moutoa, 14 May 1864, in defence of law and order against fanaticism and barbarism. " It also contained a statue of John Ballance, organiser of a volunteer cavalry troop in Titokowaru's War and later Premier of New Zealand.

The Ward Observatory is an astronomical observatory in Wanganui, New Zealand. It was built in 1901 and is administered by the Wanganui Astronomical Society. It was named after Joseph Thomas Ward (1862-1927), the Society's first president, and longtime director of the observatory. A later stalwart of the Society was Charles Whitmore Babbage, grandson of Charles Babbage. The observatory houses a 24 cm telescope, the largest unmodified refractor telescope in use in New Zealand.

Cemetery Circuit is a temporary motorcycle street racetrack in downtown Wanganui, New Zealand. It was named because the track circles the old town cemetery. The daylong meeting is traditionally held on Boxing Day (26 December) each year and has been running since 1951. It attracts around 10,000 spectators and some of the best New Zealand motorbike racers to compete on the tight one-mile street circuit. It also has a nickname: “Southern Hemisphere’s Isle of Man”.

The 1843 Wanganui earthquake occurred on 8 July 1843 with an epicenter near Wanganui, North Island New Zealand. This was the first earthquake in New Zealand over magnitude 7 for which written records exist.

Cooks Gardens is a multi-purpose stadium in Wanganui, New Zealand. It is currently used mostly for rugby union matches, athletics and cycling. The main stadium, known as westpac stadium is able to hold 20,700 people with 3,500 covered seats.

Bason Botanic Gardens are located in Whanganui in the Manawatu District of New Zealand. They have been rated as a Garden of Significance by the New Zealand Gardens Trust and offer six themed areas, including one of the most extensive public-garden orchid collections in the country, and the conservatory architecture is considered unique. Much of the development work is conducted by the Bason Botanic Gardens Trust, which collaborates with the City Council.

Victoria Park is a cricket ground in Wanganui, Manawatu-Wanganui, New Zealand. The first recorded match held on the ground came in 1947 when Wanganui played Taranaki in the 1947/48 Hawke Cup. The ground later held its first first-class match during the 1990/91 Shell Trophy when Central Districts played Northern Districts. Between the 1990/91 and 2002/03 season's, eleven first-class matches were held there, the last of which saw Central Districts play Otago in the 2002/03 State Championship.

These districts belong to Wanganui.

These are districts that are close by, but belong to a different city than Wanganui.

These are some bigger and more relevant cities in the wider vivinity of Wanganui.

This place is known by different names. Here the ones we know:
WAG, Вангануи