Greymouth in Grey District (West Coast) with it's 9,419 habitants is located in New Zealand about 201 mi (or 324 km) south-west of Wellington, the country's capital town.

Current time in Greymouth is now 01:13 AM (Monday). The local timezone is named Pacific / Auckland with an UTC offset of 12 hours. We know of 8 airports close to Greymouth, of which one is a larger airport. The closest airport in New Zealand is Greymouth Airport in a distance of 1 mi (or 1 km), North-West. Besides the airports, there are other travel options available (check left side).

While being here, you might want to pay a visit to some of the following locations: Christchurch, Richmond, Nelson, Blenheim and Dunedin. To further explore this place, just scroll down and browse the available info. 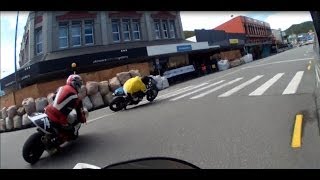 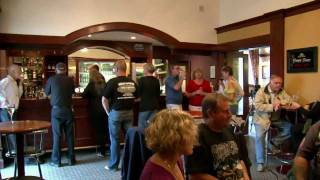 Visiting the wild and beautiful West Coast of the South Island is like stepping back to New Zealand the way it used to be, an unspoilt landscape, a slower pace and a welcome that's genuinely... 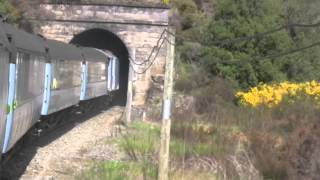 Greymouth and the TranzAlpine Train to Christchurch

A visit to Greymouth on South Island New Zealand and a trip on the TranzAlpine Train to Christchurch through Arthur's Pass. I also recommend this one from the cab http://www.youtube.com/watch?v=f... 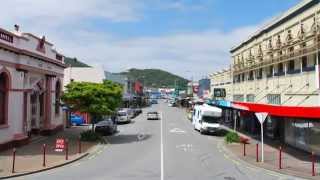 The town is located at the mouth of the Grey River, on a narrow coastal plain close to the foot of the Southern Alps. In clear weather, Aoraki/Mount Cook can be clearly seen to the south from... 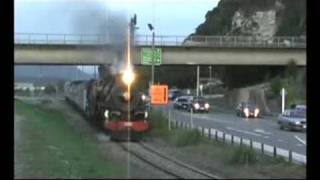 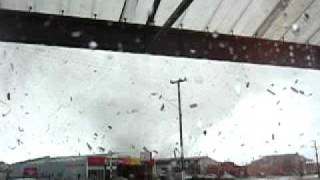 Video i took before running for my life to. for a second or two i thought shit this might be it. Managed to push through a door with 2 guys on the other side trying to keep it shut. watch part...

Heart Stopper challange in Greymouth 22 May 2010 http://www.heartstopper.org.nz/ http://www.heartchildren.org.nz/ A Unique and fun event supporting the 12 Kiwi children born every week with... 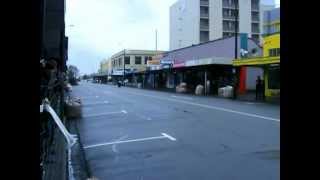 grant robinson loosing the front and crashing out of second place on the last lap. 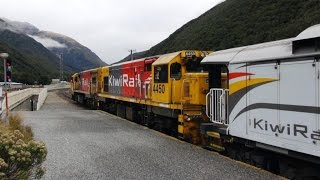 Part 3 – New TranzAlpine 2014 – Pass under the Southern Alps on our way to Greymouth.

Filmed from the drivers cab, open air observation carriage and the lineside - Part 3 takes our train under New Zealand's Southern Alps emerging from the Otira Tunnel to follow the Otira River.... 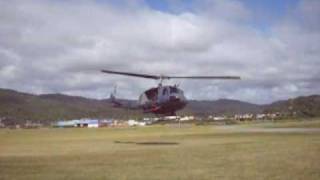 The Air Force were helping the NZ Police to destroy cannabis in the bush. This was taken at the Greymouth airport.

Greymouth is the largest town in the West Coast region in the South Island of New Zealand, and the seat of the Grey District Council. The population of the whole Grey District is 13,850, which accounts for % of the West Coast's inhabitants. The Greymouth urban area had an estimated population of 10,050 (June 2012 estimates). The District Council expects growth of 1.5% per year between 2006 and 2016.

The Grey River / Māwheranui is located in the northwest of the South Island of New Zealand. It rises in Lake Christabel, one of numerous small lakes on the western side of the Southern Alps,12 kilometres southwest of the Lewis Pass, and runs westward for 120 kilometres before draining into the Tasman Sea at Greymouth. The river was named by explorer Thomas Brunner in honour of New Zealand politician Sir George Grey.

Greymouth Airport is a small, uncontrolled aerodrome located 1 Nautical mile (1.9 km) south of Greymouth on the west coast of the South Island of New Zealand. The aerodrome is operated by the Grey District Council and is available for general use without notice to the operator. The most recent commercial flights in 2007 were operated by Air West Coast direct to Westport then to Christchurch or onto Wellington. These services have since been discontinued.

Rugby Park is the home of West Coast Rugby Football Union and is located in Greymouth, New Zealand. The capacity of Rugby Park is 6000.

Greymouth High School is the largest school on the West Coast of New Zealand with a roll of 649 sutdents. The school has a national distance learning division, Karoro Learning. The Mawhera Services Academy (MSA), a military orientated course, is a division of Greymouth High School.

Karoro is a suburb to the south-west of Greymouth on the West Coast of New Zealand. The population was 879 in the 2006 Census, a decrease of 15 from 2001.

Blaketown is a suburb to the west of Greymouth on the West Coast of New Zealand. The Grey River separates Blaketown from Cobden, and the Blaketown Lagoon separates it from the centre of Greymouth. The population was 969 in the 2006 Census, an increase of 9 from 2001. The town is named after Isaac Blake, an early storekeeper in the district.

John Paul II High School, Greymouth is an integrated Catholic, co-educational Year 9 to Year 13 (Form 3-7) secondary school located in Greymouth, New Zealand. The school was founded in 1980 from the amalgamation of two schools, St Mary’s High School, operated by the Sisters of Mercy (who arrived in Greymouth in 1882) and Marist Brothers Boys’ School operated by the Marist Brothers (founded in 1892).

These districts belong to Greymouth.

These are some bigger and more relevant cities in the wider vivinity of Greymouth.