Local time in Dunedin is now 09:09 PM (Wednesday). The local timezone is named Pacific / Auckland with an UTC offset of 13 hours. We know of 9 airports in the vicinity of Dunedin, of which one is a larger airport. The closest airport in New Zealand is Dunedin Airport in a distance of 15 mi (or 24 km), West. Besides the airports, there are other travel options available (check left side).

When in this area, you might want to pay a visit to some of the following locations: Invercargill, Christchurch, Greymouth, and . To further explore this place, just scroll down and browse the available info. 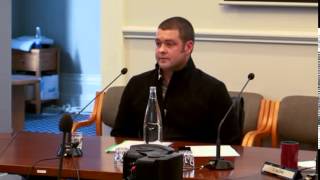 Coverage of the Dunedin City Council Public Forum held on Thursday July 24 2014. Minutes, agendas and reports related to this meeting can be found at http://goo.gl/OUmgky.

An overview of the what the Dunedin City Council does and how it impacts on our everyday lives as presented to Dunedin high schools by Councillor Jinty MacTavish and Councillor Aaron Hawkins. 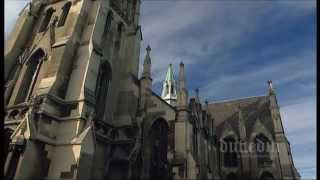 Dunedin's outstanding heritage buildings provides a unique opportunity to step back in time and discover what it would have been like 100 years ago. Dunedin boasts the largest concentration... 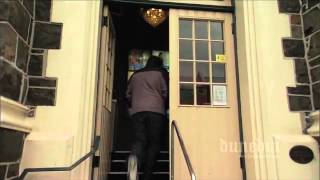 Dunedin is New Zealand's centre for learning, arts and culture. It's cultural heritage runs deep, especially for a city that is young by world standards. Dunedin was the first city in New... 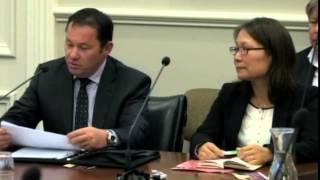 Coverage of the Dunedin City Council Economic Development Committee held on Monday April 7 2014. Minutes, agendas and reports related to this meeting can be found at http://goo.gl/KpdIZe. 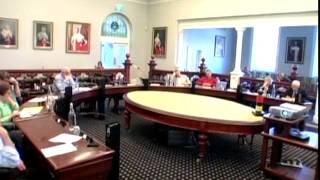 Coverage of the Dunedin City Council Extraordinary Meeting held on Wednesday February 18 2015. Minutes, agendas and reports related to this meeting can be found at http://goo.gl/sdEz6B. 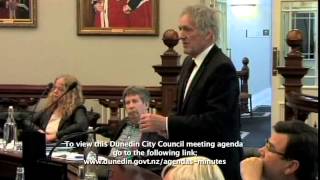 Coverage of the Dunedin City Council Meeting held on Monday November 3 2014. Minutes, agendas and reports related to this meeting can be found at http://goo.gl/aJnL3J. 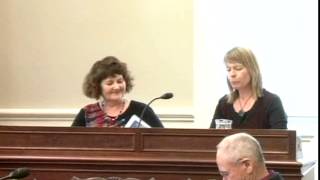 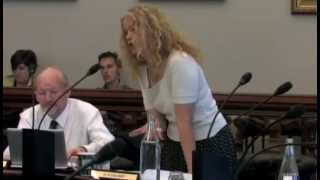 Coverage of the Dunedin City Council Meeting held on Tuesday December 15 2014. Minutes, agendas and reports related to this meeting can be found at http://goo.gl/3bDMak. 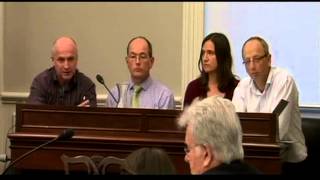 Coverage of the Dunedin City Council Council Meeting held on Monday September 23 2013. Minutes, agendas and reports related to this meeting can be found at http://goo.gl/cui94U.

Otago Girls' High School (OGHS) is a secondary school in Dunedin, Otago, New Zealand. It was opened 6 February 1871, after a long campaign by Learmonth Whyte Dalrymple. It is reputedly the oldest girls state-run secondary school in Australasia and the sixth oldest of its type in the world.

The Octagon is the city centre of Dunedin, in the South Island of New Zealand.

Moray Place is an octagonal street which surrounds the city centre of Dunedin, Otago, New Zealand. The street is intersected by Stuart Street (to the east and west), Princes Street (to the south) and George Street (to the north). Like many streets in Dunedin, it is named for a street in the Scottish capital Edinburgh (Dunedin itself is the Gaelic name of its Scottish sister city).

Radio 4XO was a local radio station in Dunedin, New Zealand which began in October 1971 as one of the first privately owned commercial radio stations in the country. The callsign/station identity 4XO was assigned because 4 meant the area south of Canterbury, the X meant private (not a government station) and O stood for the province Otago. The station was originally known as "Radio Otago 4XO" and was always involved in local events and was one of Dunedin's most well-known and popular stations.

The Dunedin Public Art Gallery holds the main public art collection of the city of Dunedin, New Zealand. Located in The Octagon in the heart of the city, it is close to the city's public library, municipal chambers, and other facilities such as the Regent Theatre.

The Toitū Otago Settlers Museum is a regional history museum in Dunedin, New Zealand. Its brief covers the territory of the old Otago Province, that is, New Zealand from the Waitaki River south. It is New Zealand's oldest and most extensive history museum. It is located in the heart of the city close to other prominent buildings such as the Dunedin Railway Station, some 500 metres from the city centre.

St Paul's Cathedral is the mother church of the Anglican Diocese of Dunedin, in New Zealand and the seat of the Bishop of Dunedin.

Located at -45.8736, 170.503 (Lat. / Lng.), about 0 miles away.
Wikipedia Article
Anglican cathedrals in New Zealand, Places of worship in Dunedin, NZHPT Category I listings in the Otago Region

93 Rox was a local Rock radio station in Dunedin, New Zealand that broadcast on 93.4 FM between 1992 and 1997. The station was started by Radio Otago and broadcast from Radio Otago House in Dunedin where local Dunedin station 4XO was based. In 1997 Radio Otago purchased Christchurch station C93FM and in August 1997 93 Rox became C93FM. At this point the programme was networked to Invercargill on 90.8FM but remained independent from the Christchurch C93FM.

Dunedin Public Libraries is a network of five libraries and two bookbuses in Dunedin, New Zealand, owned and operated by the Dunedin City Council. The libraries collection includes over 700,000 items, and around 30,000 books and audiovisual items plus 15,000 magazines are added each year. Members can borrow or return items from any library or bookbuses in the network.

The Dunedin Chinese Garden, is located in the city of Dunedin in southern New Zealand. It is sited next to the Otago Settlers' Museum close to the centre of the city and numerous other of the city's tourist attractions, including the Dunedin Railway Station and Queen's Gardens.

Located at -45.8782, 170.505 (Lat. / Lng.), about 0 miles away.
Wikipedia Article
Gardens in New Zealand, Buildings and structures in Dunedin, Visitor attractions in Dunedin, Culture in Dunedin, Geography of Dunedin, Chinese gardens

The Dunedin Town Hall is a municipal building in the city of Dunedin in New Zealand. It is located in the heart of the city extending from The Octagon, the central plaza, to Moray Place through a whole city block. It is the seat of the Dunedin City Council, providing its formal meeting chamber, as well as a large auditorium and a conference centre. The oldest part of the building has been called the only substantial Victorian town hall still in existence in New Zealand.

Located at -45.8733, 170.503 (Lat. / Lng.), about 0 miles away.
Wikipedia Article
Buildings and structures in Dunedin, City and town halls in New Zealand, NZHPT Category I listings in the Otago Region, Government buildings completed in 1880, Robert Lawson buildings, Visitor attractions in Dunedin

These districts belong to Dunedin.

These are some bigger and more relevant cities in the wider vivinity of Dunedin.

This place is known by different names. Here the ones we know:
Taieri, Дънидин, Dunedin, DUD, Ōtepoti, 但尼丁