Oamaru in Otago with it's 13,000 habitants is located in New Zealand about 326 mi (or 524 km) south-west of Wellington, the country's capital town.

Current time in Oamaru is now 01:05 AM (Monday). The local timezone is named Pacific / Auckland with an UTC offset of 12 hours. We know of 9 airports close to Oamaru, of which one is a larger airport. The closest airport in New Zealand is Oamaru Airport in a distance of 10 mi (or 17 km), North-East. Besides the airports, there are other travel options available (check left side).

While being here, you might want to pay a visit to some of the following locations: Dunedin, Christchurch, Greymouth, Invercargill and Richmond. To further explore this place, just scroll down and browse the available info.

Highway House B and B 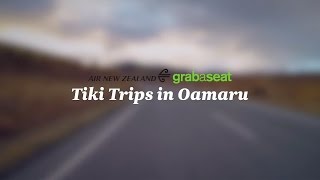 Meet Oamaru local, Megan and check out some of her top picks for things to do in Oamaru. Want to explore the Otago region for yourself? Check out Tiki Trips for some great ideas and save... 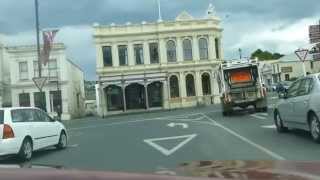 New Traffic lights at the Corner of Thames Street And Seven Street. In Oamaru. 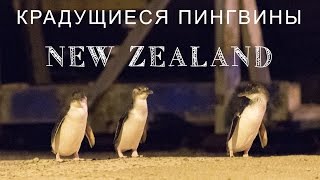 Ночь. Город. Крадущиеся пингвины | The night. The city. And the sneaking penguins 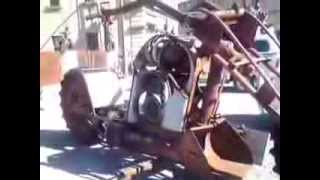 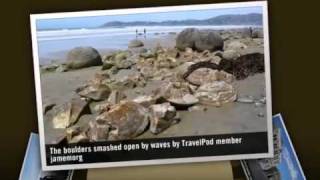 Preview of Jamemorg's blog at TravelPod. Read the full blog here: http://www.travelpod.com/travel-blog-entries/jamemorg/1/1232041680/tpod.html This blog preview was made by TravelPod using... 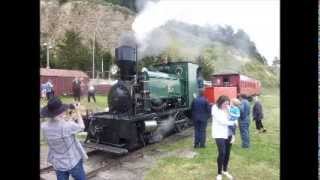 Oamaru, New Zealand - Steam train ride - town to harbour. 16 Nov. 2013 In town for the Victorian Heritage Celebrations, we took a ride on the train. A perfect little outing, with friendly,... 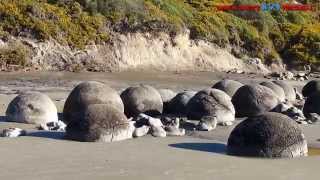 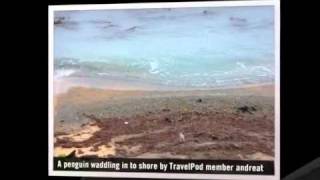 Preview of Andreat's blog at TravelPod. Read the full blog here: http://www.travelpod.com/travel-blog-entries/andreat/19/1234048020/tpod.html This blog preview was made by TravelPod using... 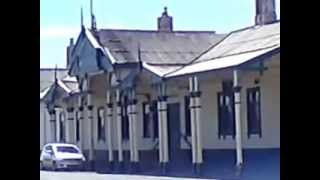 Oamaru's long wooden station, designed by Railways Department architect George Troup and completed in 1900, was typical of the new stations built in major provincial centers around the turn...

Cape Wanbrow is a rocky headland one kilometre to the south of Oamaru, New Zealand. A lighthouse on the cape guards the entrance to Oamaru Harbour. Cape Wanbrow was an important lookout point during the second world war and hosts gun emplacements and remains of old barracks. It is also home to a blue penguin colony, and rare yellow eyed penguins. NZ fur seals and the occasional elephant seal are found resting on the rocks.

St Kevin's College in Oamaru, New Zealand was founded in 1927. It is a Catholic school run by the Christian Brothers and Dominican Sisters for boaders and day students. St Kevin's became a co-educational school in 1983.

Centennial Park is a sports facility which is located on Taward Street in Oamaru. The main sports that are played at Centennial Park are rugby union, cricket and hockey. It is the home ground for the Heartland Championship team North Otago. It has hosted NPC finals and semi-finals, mostly in the last five years. One of the more notable finals held at Centeninial park was in 2002, when North Otago finished their successful season by winning 43-19.

North Otago Astronomical Society's Observatory is situated in Stoke Street, Oamaru, New Zealand. The Society has a small but active membership, who meet on the first Monday of each month. Public nights are held at the observatory each Friday, weather permitting, during the first and last quarters of the Moon. However, the observatory is closed during the summer months. Each September, the Society hosts the Stargazers' Getaway weekend gathering at Camp Iona, Herbert, 15 minutes south of Oamaru.

Waitaki Boys' High School is a secondary school for boys located in the northern part of the town of Oamaru, Otago, New Zealand, with day and boarding facilities, and was founded in 1883. As of 2012, it has a school roll of just under 500. The school has a house system with four houses, Don, Forrester, Lee and Sutherland. It organises some cultural activities together with its nearby sister school, Waitaki Girls' High School.

Waitaki Girls' High School is a state high school for girls situated in Oamaru, on the East coast of New Zealand. It was founded in 1887, and presently has a roll of just over 400 girls from the ages of 13 to 18. It also has a boarding hostel which houses approximately 50 girls, including international students and tutors. The school uses a house system with four houses and respective colours: Burn (red), Ferguson (yellow), Gibson (green) and Wilson (blue).

St Joseph's School is a school in Oamaru, the largest town in North Otago, in the South Island of New Zealand. It was established by an order of Catholic nuns — Dominican Sisters — who started teaching in Oamaru in 1882.

These are some bigger and more relevant cities in the wider vivinity of Oamaru.