Delhi in North Delhi (National Capital Territory of Delhi) with it's 10,927,986 citizens is a place in India a little north of New Delhi, the country's capital city.

Current time in Delhi is now 04:49 PM (Monday). The local timezone is named Asia / Kolkata with an UTC offset of 5.5 hours. We know of 8 airports near Delhi, of which one is a larger airport. The closest airport in India is Indira Gandhi International Airport in a distance of 10 mi (or 16 km), South-West. Besides the airports, there are other travel options available (check left side).

There are several Unesco world heritage sites nearby. The closest heritage site in India is Red Fort Complex in a distance of 1 mi (or 1 km), North-East. We encountered 2 points of interest in the vicinity of this place. If you need a hotel, we compiled a list of available hotels close to the map centre further down the page.

While being here, you might want to pay a visit to some of the following locations: New Delhi, Agra, Dehra Dun, Panchkula and Chandigarh. To further explore this place, just scroll down and browse the available info.

I have visited the New Delhi Train Station on several occasions, and have always been amazed at just how chaotic it is, but yet still manages to function. From Wikipedia, the free encyclopedia... 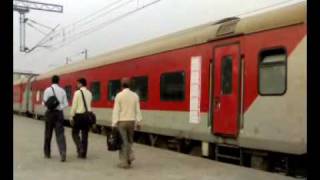 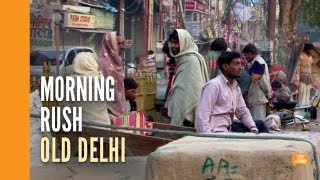 Morning on the streets of Old Delhi

Each morning, Delhi does what she has done for well over a thousand years. Wake up and get right to business. Moments after the morning call, the streets jump into action. You can almost smell... 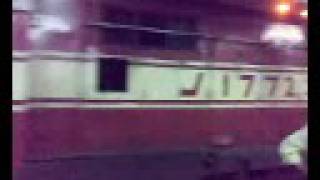 2230DN NDLS-LKO Lucknow mail making its position at Platform No 11 of new Delhi Station hauled by customary TKD twin WDM 2 # 16635 and 17723.This train hold the reputation of having the ... 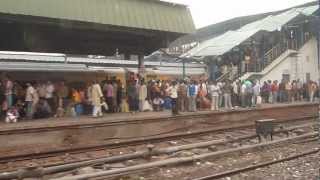 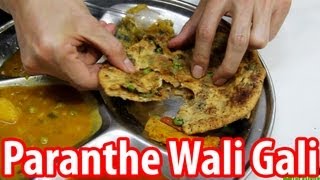 Paranthe Wali Gali is Delhi's world famous lane of fried bread. For the top 25 things to do in Delhi, click on this link - http://migrationology.com/2013/04/25-things-to-do-in-delhi-india/... 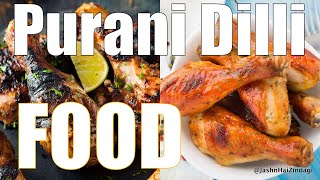 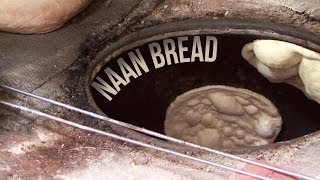 Enjoy the sites and sounds of Indian Street Food in Old Delhi - shot around Chandni Chowk. The naan in Tandoor oven shot is my favorite. Most of what you see are the "fast food" breads that... 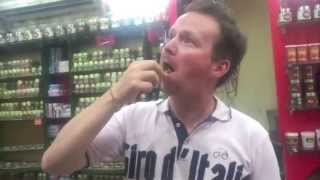 During my tour of India in 2013/13 I spent time in Delhi. One day I took my mobile phone out with me and made this short video. Hope you enjoy it All the Best Adam Take an Online Meditation...

Chandni Chowk (चांदनी चौक), originally meaning moonlit square or market, is one of the oldest and busiest markets in Old Delhi, now in central north Delhi, India. Built in 17th century by the great Muslim Emperor of India, Shah Jahan and designed by his daughter Jahan Ara, the market was once divided by canals to reflect moonlight, now closed, yet it still remains one of India's largest whole sale markets. It is a famous market known all over India.

Located at 28.656, 77.231 (Lat. / Lng.), about 0 miles away.
Wikipedia Article
Retail markets in Delhi, Visitor attractions in Delhi, Neighbourhoods of Delhi, History of Delhi

Old Delhi, walled city of Delhi, India, was founded as Shahjahanabad by Mughal Emperor Shahjahan in 1639. It remained the capital of the Mughals until the end of the Mughal dynasty. It was once filled with mansions of nobles and members of the royal court, along with elegant mosques and gardens. Today, despite having become extremely crowded and dilapidated, it still serves as the symbolic heart of Islamic metropolitan Delhi.

Gali Paranthe Wali or Paranthe wali Gali (गली पराँठेवाली), (literally "the bylane of fried bread") is the name of a narrow street in the Chandni Chowk area of Delhi, India, noted for its series of shops selling paratha, a fried Indian bread, and now a popular culinary destination.

Gurdwara Sis Ganj Sahib, is one of the nine historical gurdwaras in Delhi. First established in 1783 by Baghel Singh to commemorate the martyrdom site the ninth Sikh Guru, Guru Tegh Bahadur. Situated in Chandni Chowk in Old Delhi, it marks the site Sikh Guru was beheaded on the orders of the Mughal emperor on the 11th of November, 1675, Aurangzeb, for refusing to convert to Islam.

Chandni Chowk is a station on the Yellow Line of the Delhi Metro. It serves the Chandni Chowk market area, and is near the Red Fort. It is also walking distance to the Old Delhi Railway Station of Indian Railways.

Rai Lala Chunnamal ki Haveli (छुन्नामल की हवेली) is the only well-preserved haveli in the walled city of old Delhi in the Chandni Chowk area. Lala Chunnamal and his family were Khatri merchants (Chunnamal Saligram) of brocade and textiles during the Mughal period. When the first municipality for Delhi was formed in 1862, Lala Chunnamal was appointed Municipal Commissioner.

Sunehri Masjid سنهرى مسجد is an Indian mosque located near the Gurudwara Sis Ganj Sahib in Chandni Chowk, Delhi, once an imperial boulevard leading to the Red Fort. Also known as the Golden Mosque, the mosque was built by Roshan-ud-Daula Zafar Khan in 1721.

Panja Sharif(or Punja Shareef) the oldest Karbala in the city is located at Kashmiri Gate, Delhi. Also, it is a major majlis khana (literally, meeting place, used for mourning ceremonies associated with event of Karbala). In Muharram one of the oldest processions is taken out from Shia Jama Masjid in Kashmiri Gate to Panja Sharif Karbala in the same locality. Since last many years Maulana Kalbe Rushaid Rizvi is addressing the ashrae majalis (series of 10 majalis) of Panja Sharif Imambargah.

Chawri Bazar is an underground station located on the Yellow Line of the Delhi Metro, a rapid transit system serving Delhi and its satellite cities in the National Capital Region of India. It is located in the Chawri Bazaar locality of Old Delhi and was inaugurated on 3rd July, 2005 as part of the Kashmere Gate – Central Secretariat corridor.

St. Stephen Church is located on Church Mission Road in Delhi. The church was built in 1862, by the Anglican Missionary and DPW Engineers in the style of Italian Gothic architecture. It is part of Church of North India Diocese of Delhi. The St. Stephens Church, Delhi compound also has the famous St. Stephens College and Hospital.

The Anglo Arabic Senior Secondary School, commonly known as Anglo Arabic School, is a co-educational government aided school in New Delhi, India. The school is managed by Delhi Education Society. Najeeb Jung is the President of the School Managing Committee. It was founded in 1696 by Ghazi ud-Din Khan Feroze Jung I.

These districts belong to Delhi.

These are districts that are close by, but belong to a different city than Delhi.

These are some bigger and more relevant cities in the wider vivinity of Delhi.