Ajmer
in Ajmer of Rajasthan, India

Time in Ajmer is now 06:18 PM (Tuesday). The local timezone is named Asia / Kolkata with an UTC offset of 5.5 hours. We know of 6 airports nearby Ajmer, of which one is a larger airport. The closest airport in India is Jaipur International Airport in a distance of 77 mi (or 124 km), East. Besides the airports, there are other travel options available (check left side).

There are two Unesco world heritage sites nearby. The closest heritage site in India is The Jantar Mantar, Jaipur in a distance of 80 mi (or 129 km), North-East. Need some hints on where to stay? We compiled a list of available hotels close to the map centre further down the page.

Being here already, you might want to pay a visit to some of the following locations: Jaipur, Neemuch, New Delhi, Delhi and Agra. To further explore this place, just scroll down and browse the available info. 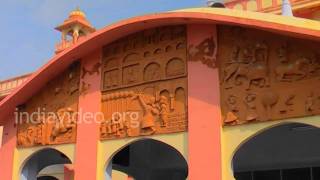 The busy railway station in Ajmer, Rajasthan state of India. For more details click on - http://www.indiavideo.org/rajasthan/travel/ajmer-railway-station-5552.php **JOIN US ON** Facebook --...

the hight of TARAGARH ( AJMER) 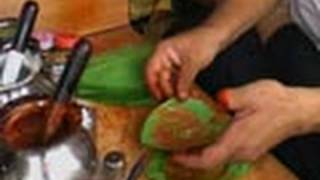 A pan shop in Ajmer, Rajasthan state of India. For more details click on - http://www.indiavideo.org/rajasthan/travel/indian-pan-shop-ajmer-5392.php **JOIN US ON** Facebook -- https://www.facebook...

snow in ajmer at my house 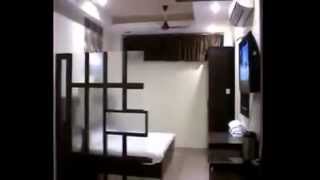 The eye popping and the most astonishing place for the tourists to reside during their visit to ajmer. At a stones throw distance from MOINUDDIN CHISHTI'S DARGAH. We welcome you with immense... 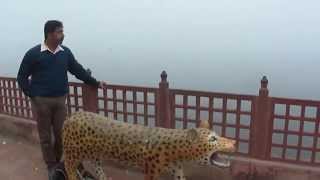 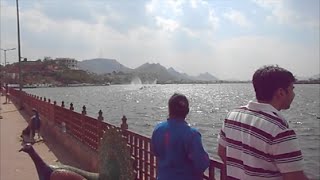 A visit to the Ana Sagar lake in Ajmer. A personal video of the visit on 6 March 2015. 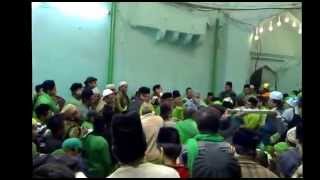 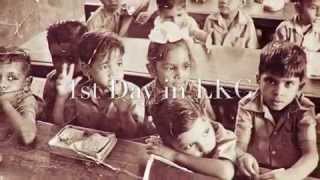 Kiranipura is a census town in Ajmer district in the Indian state of Rajasthan.

Ana Sagar Lake is an artificial lake situated in the city of Ajmer in Rajasthan state in India. It is was built by Anaji Chauhan, the grandfather of Prithvi Raj Chauhan, in 1135 -1150 AD and is named after him. The catchments were built with the help of local populace. The Baradari or pavilions were built by Shahjahan in 1637 and Daulat Bagh Gardens by Jehangir. The lake is spread over 13 Kilometers. There is a Circuit house on a hill near the lake that used to be British Residency.

The Ajmer Dargah attack (also called the Ajmer Sharif blast) occurred on 11 October 2007, outside the Dargah (shrine) of Sufi saint Moinuddin Chishti in Ajmer, Rajasthan, India, after the Iftar period had started. Investigations initially circled around the Islamist organisation Lashkar-e-Taiba, based in Pakistan, and later focussed on the alleged involvement of Hindutva organization Rashtriya Swayamsevak Sangh and its Hindu Terror groups behind the blast.

These are some bigger and more relevant cities in the wider vivinity of Ajmer.