Current time in Shimla is now 04:42 PM (Wednesday). The local timezone is named Asia / Kolkata with an UTC offset of 5.5 hours. We know of 9 airports closer to Shimla, of which two are larger airports. The closest airport in India is Shimla Airport in a distance of 6 mi (or 10 km), West. Besides the airports, there are other travel options available (check left side).

There is one Unesco world heritage site nearby. It's Great Himalayan National Park Conservation Area in a distance of 56 mi (or 90 km), North-East. In need of a room? We compiled a list of available hotels close to the map centre further down the page.

Since you are here already, you might want to pay a visit to some of the following locations: Panchkula, Chandigarh, Dehra Dun, Diyag and Qumudi. To further explore this place, just scroll down and browse the available info.

Manla Homes-22 Kms away from Shimla 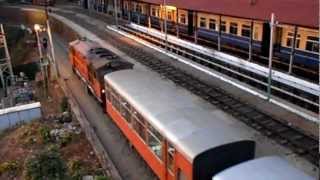 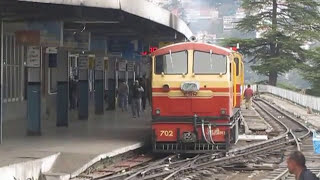 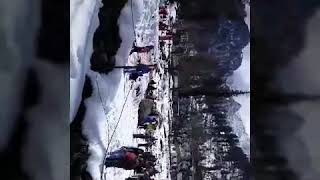 We started the trip from delhi to spiti valley india through worlds most dangerous road . we done a circuit from delhi to delhi in 15 days around 3500km . 1st we reached shimla then kalpa village... 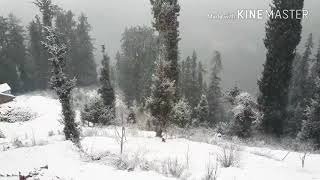 Most beautiful place In INDIA - Shimla to Kalpa

As u see in episode 1 from Delhi to shimla we explore the best https://youtu.be/SC4qIFDhVKk in shimla . in this episode from shimla to kalpa village we let you see best places with amazing... 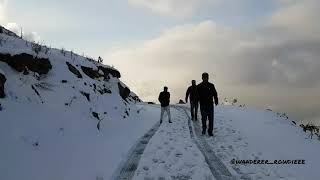 Road trip by Arun Singh Rathore & Mohit Rathore on 24th of Jan after fresh snowfall on 23rd of Jan and being a 1st biker to reach there after snowfall.

Hey guys thats a short Clip of mine when I was on trip to jammu kanyakumari and I stayed in house of Dad ji and then at that time I climbed a hill . that was super beautiful experience . For... 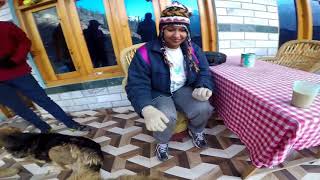 The charm and the peace vibrations of Parvati Valley are truly magical. From Spiritual Rewalsar to trippy Fairy Forest in Pulga, Snow Capped mountains in Tosh to the secret lake of Parashar.... 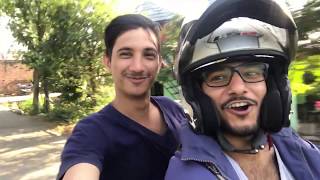 A Random Bike Ride With Cousins

Here is the 4th Part of my Recent Journey to Himachal. In this Video, I take you to a place that is near to my Village, called Tihra. I found the place Amusing & Beautiful as I got to see...

Himachal Pradesh University (or simply HPU) (Hindi: हिमाचल प्रदेश विश्वविद्यालय) is a public non-profit university located nearly 5 km away from the town of Summer Hill, in the vicinity of the Indian Institute of Advanced Study. It is wholly financed by the Government of Himachal Pradesh and the University Grants Commission, New Delhi.

The Viceregal Lodge, also known as Rashtrapati Niwas is located on the Observatory Hills of Shimla, Himachal Pradesh. It was formerly the residence of the British Viceroy of India. It houses some of the most articles and photographs going back to the times of the British rule in India. The Viceregal Lodge was designed by British architect Henry Irwin and built in the Jacobethan style during the regime of Lord Dufferin. Its construction started in 1880 and was completed in 1888.

Located at 31.1037, 77.1419 (Lat. / Lng.), about 1 miles away.
Wikipedia Article
Official residences in India, Government Houses of the British Empire and Commonwealth, Buildings and structures in Shimla, Houses completed in 1888

The Ridge road is a large open space, located in the heart of Shimla, the capital city of Himachal Pradesh, India. It runs east to west alongside the Mall Road, and joins it at the Scandal Point on the west side. On the east side, The Ridge road leads to Lakkar Bazaar, a wooden crafts market. The Ridge houses a large water reservoir which acts as the main supply of Shimla town.

University Institute of Information Technology, Himachal Pradesh (UIIT) is in the Himachal Pradesh University campus at Summerhill, Shimla. It started functioning on 11 September 2000. UIIT has been producing professional leaders in the field of information technology, as well as enhancing technological strength of the region and the country. Well known for its B.

Shoghi is a small suburb of Shimla, Himachal Pradesh, India. It is about 13 Kilometers before Shimla on the Ambala Shimla national highway. The road to the Taradevi temple (hilltop) goes from here which is about 5 km. Shoghi is also famous for bus halts for food as there are many dhabas (local name for food outlets) here. Housing board has also constructed many flats here.

These are some bigger and more relevant cities in the wider vivinity of Shimla.