Jodhpur
in Jodhpur of Rajasthan, India

Current time in Jodhpur is now 11:09 AM (Friday). The local timezone is named Asia / Kolkata with an UTC offset of 5.5 hours. We know of 4 airports close to Jodhpur. The closest airport in India is Jodhpur Airport in a distance of 3 mi (or 5 km), South-East. Besides the airports, there are other travel options available (check left side).

There is one Unesco world heritage site nearby. It's Hill Forts of Rajasthan in a distance of 140 mi (or 225 km), South-East. If you need a hotel, we compiled a list of available hotels close to the map centre further down the page.

While being here, you might want to pay a visit to some of the following locations: Neemuch, Jaipur, Ghandinagar, Umarkot and Bahawalpur. To further explore this place, just scroll down and browse the available info. 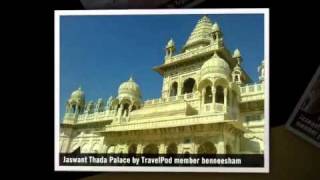 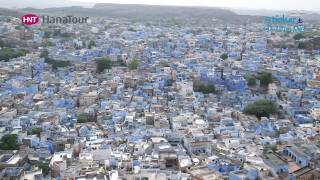 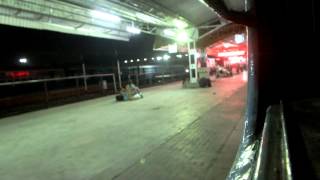 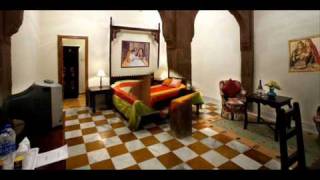 Visit us at http://www.traveltocare.com A presentation of Travel To Care for Hotel Pal Haveli Jodhpur in Rajasthan India Hotels India Travel Ecotourism. 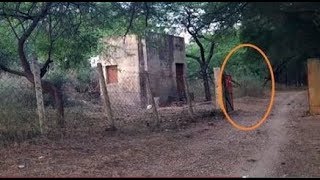 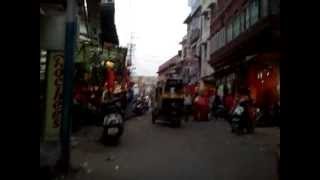 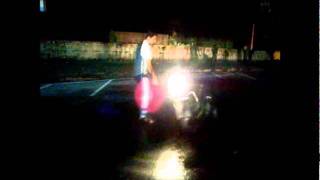 one hand 360 degree performed at shashtri circle, jodhpur... an enjoyment with frndzzz... 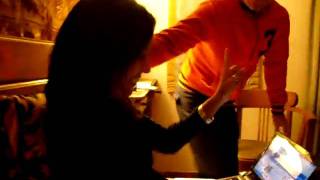 Shruti, Jeff and I have a couple beers (thanks Jeff!) at our lovely hotel in Jodhpur (thanks Mums and Pops!). 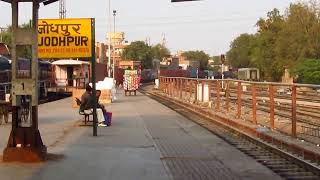 A container train chugs out

A goods train with flat-cars loaded with containers chugs out of Jodhpur Jn, in Rajasthan, India, on Jan 25, 2015. The erstwhile meter gauge (1000 mm) line between Jodhpur and Jaipur was regauged.

The Jaswant Thada is an architectural landmark located in Jodhpur. It is a white marble memorial built by Sardar Singh in 1899 in memory of Maharaja Jaswant Singh II.

Located at 26.3039, 73.0253 (Lat. / Lng.), about 3 miles away.
Wikipedia Article
Buildings and structures in Jodhpur, Visitor attractions in Jodhpur, Monuments and memorials in Rajasthan

Jodhpur District is a district of the state of Rajasthan in western India. The city of Jodhpur is the administrative headquarters of the district. As of 2011 it is the second most populous district of Rajasthan, after Jaipur. Jodhpur is the historic center of the Marwar region. The district contains Mandore, the ancient capital of the Pratihara Rajput kings (6th-13th centuries), and the Pratiharas' temple city of Osiyan.

Barkatullah Khan Stadium is located in Jodhpur, Rajasthan. It is currently used for cricket, association football and hockey matches. The stadium was built in 1985 but has been used only sporadically. The stadium's current capacity is 30,000 people and the ends are called Cox Cutir End and Regidency Road End. The stadium has hosted 2 ODI cricket matches with the host team India winning one and losing one match. Game Information: Game Statistics:

Located at 26.2733, 73.0011 (Lat. / Lng.), about 0 miles away.
Wikipedia Article
Cricket grounds in India, Sports venues in Rajasthan, Buildings and structures in Jodhpur

Jodhpur Group-Malani Igneous Suite Contact is a unique geological feature representing the last phase of igneous activity of Precambrian age in the Indian Subcontinent at the foot of the picturesque Mehrangarh Fort in Jodhpur city, the second largest city in Rajasthan after Jaipur. Malani was the name of a district in the former state of Marwar (Jodhpur) where volcanic rocks were found and thus named as Malani beds (1877).

St. Anne's School is an independent co-educational school located at Saraswati Nagar, Jodhpur, Rajasthan, India, and founded by Dr Annie John in 1980. It is governed by the St. Anne's School Society, a society formed under the Rajasthan Societies Registration Act.

Defence Laboratory (DLJ) is one of the several laboratories of the Defence Research and Development Organisation (DRDO). Previously located in Ratanada Palace, Jodhpur, now shifted to the New Technical Complex(NTC). It is responsible for the development and manufacture of electronics and materials required for modern warfare and weapon systems. So main research fields are Materials and electronics.

The All India Institute of Medical Sciences Jodhpur is a medical college and medical research public university based in Jodhpur, Rajasthan, India. The institute will operate autonomously under the Ministry of Health and Family Welfare (India).

Located at 26.28, 73.02 (Lat. / Lng.), about 1 miles away.
Wikipedia Article
Educational institutions established in 2012, Medical Council of India, Medical colleges in Rajasthan, Schools of medicine in India, All India Institute of Medical Sciences

These are some bigger and more relevant cities in the wider vivinity of Jodhpur.