Kapahulu in Honolulu County (Hawaii) is a city in United States about 4,827 mi (or 7,769 km) west of Washington DC, the country's capital city.

Local time in Kapahulu is now 12:46 PM (Wednesday). The local timezone is named Pacific / Honolulu with an UTC offset of -10 hours. We know of 8 airports in the vicinity of Kapahulu, of which one is a larger airport. The closest airport in United States is Honolulu International Airport in a distance of 8 mi (or 12 km), West. Besides the airports, there are other travel options available (check left side).

Also, if you like golfing, there are a few options in driving distance. We discovered 2 points of interest in the vicinity of this place. Looking for a place to stay? we compiled a list of available hotels close to the map centre further down the page. 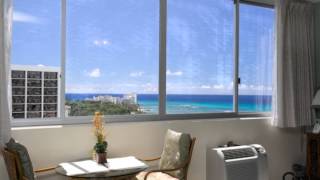 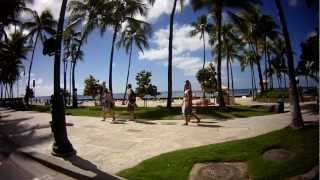 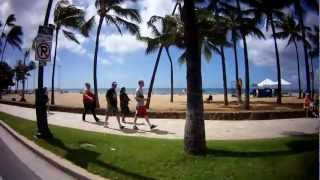 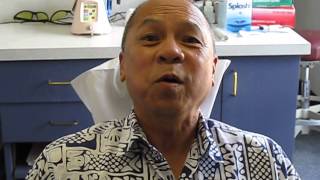 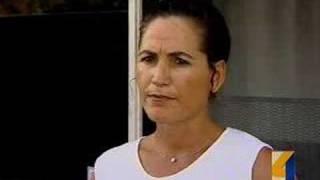 Kevin Higa, owner of Superb Sushi on Waialae Ave., faced a robber who later got away with $1400. 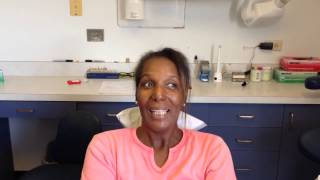 New fearful patient was seen as an emergency on 1/7/15. We extracted her front tooth and restored it with a Ceramic bridge by 1/30/15. It was life changing. Kaimuki Center for Dentistry, Dr... 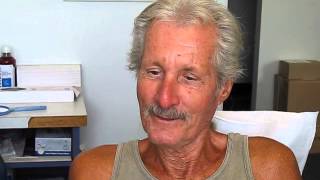 Routine teeth cleaning appointment. Smiling patient has had several implants, fillings, and crowns done over the past 18 years. All done in our office. Kaimuki Center for Dentistry ... 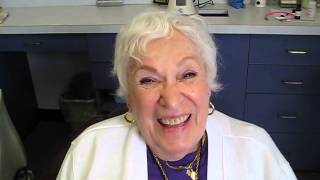 Patient experience with dental implants over a period of 18 years in our office at Kaimuki Center for Dentistry located at 3221 Waialae Ave. Ste. 376 Honolulu, Hawaii. Implants and restoration... 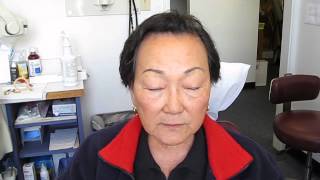 Patient is a resident at Kahala Nui and finds it convenient to see the dentist at nearby Kaimuki shopping center where there is ample parking in the Longs Drug and Times Supermarket parking... 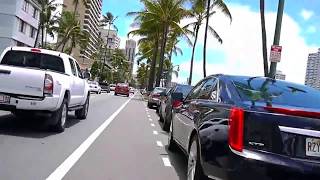 Riding my bicycle on the bike path on Ala Wai blvd. next to the water canal.

The Honolulu Zoo is a 42-acre zoo located in Queen Kapiʻolani Park in Honolulu, Hawaiʻi, USA. It is the only zoo in the United States to be established by grants made by a sovereign monarch, and is built on part of the 300 acres royal Queen Kapiʻolani Park. The Honolulu Zoo now features over 1,230 animals in specially designed habitats. Over 601,510 people visit the zoo annually. The zoo is administered by the City & County of Honolulu through the Department of Enterprise Services.

Chaminade University of Honolulu is a private co-educational university in Honolulu, Hawaii, United States. Founded in 1955 by the Society of Mary, a Roman Catholic religious order also known as the Marianists, Chaminade is located in the historic Kaimuki district of Honolulu at the base of St. Louis Heights. Chaminade offers bachelor's degrees in 23 fields of study and five master's degree programs.

Located at 21.2897, -157.807 (Lat. / Lng.), about 1 miles away.
Wikipedia Article, Homepage
Chaminade University of Honolulu, Roman Catholic universities and colleges in the United States, Marianist universities and colleges, Educational institutions established in 1955, Council of Independent Colleges, National Association of Independent Colleges and Universities members, Schools accredited by the Western Association of Schools and Colleges, Buildings and structures in Honolulu, Hawaii, Education in Honolulu, Hawaii

Saint Louis School, located in the neighborhood of Kaimuki in Honolulu, Hawaii, is a historic Roman Catholic college preparatory school for boys founded in 1846 to serve the needs of early Hawaiian Catholics in the former Kingdom of Hawaii. Located in the Roman Catholic Diocese of Honolulu, it is currently affiliated with the Society of Mary, a religious order of brothers and priests called the "Marianists.

Sacred Hearts Academy also known as Sacred Hearts or SHA is located on 3253 Waiʻalae Avenue, in the town of Kaimuki in Honolulu, Hawaiʻi, is a historic Roman Catholic college preparatory school for girls founded in 1909 to serve the needs of early Hawaiʻi Catholics in the former Territory of Hawaiʻi. It is affiliated with the Picpus Fathers of the Congregation of the Sacred Hearts of Jesus and Mary, SS. CC. , the religious order of Blessed Damien of Molokaʻi.

Charles Spencer Crane (1869–1958) was a businessman and politician in Hawaii.

Kapiʻolani Regional Park is the largest and oldest public park in Hawaiʻi, located in Honolulu, Hawaiʻi on the east end of Waikīkī just beyond Kuhio Beach Park and the Waikiki residential neighborhood. The 300-acre park, named after Queen Kapiʻolani, the queen consort of King David Kalākaua, is home to the Waikiki Shell and the Honolulu Zoo.

The Waikiki Shell is a venue for outdoor concerts and other large gatherings in Waikiki area of Honolulu, Hawaii. The Waikiki Shell seats 2,400 persons and the lawn area has capacity for an additional 6,000 persons. It is under the management of the Neal S. Blaisdell Center. It bears a striking resemblance to the Hollywood Bowl. The venue is located in the Kapiolani Park in Waikiki, between the dense high-rises of the neighborhood and the dormant tuff cone volcano, Diamond Head.

Kaimuki High School is a WASC-accredited four-year public high school located in Honolulu, Hawaiʻi. Kaimuki High School falls under the jurisdiction of the Hawaii Department of Education. It is bordered by the Manoa-Palolo Drainage Canal, Kapiolani Boulevard, Kaimuki Avenue, Crane Park and Date Street. It is, quite literally, as its alma mater states, in view of Diamond Head. The campus boasts the sculpture Pueo (owl) by Charles W. Watson.

Kūhiō Beach Park is a public ocean-side park on the island of Oahu, U.S. state of Hawaii, located within Waikiki Beach. It's a common gathering place for the Honolulu population and tourists due to its location and semi-protected waters. Kūhiō Beach Park was named for Jonah Kūhiō Kalaniana'ole, the youngest son of Kekaulike Kinoiki II and High Chief David Kahalepouli Pi'ikoi.

These are some bigger and more relevant cities in the wider vivinity of Kapahulu.