Dowsett Highlands in Honolulu County (Hawaii) is a town located in United States about 4,826 mi (or 7,767 km) west of Washington DC, the country's capital place.

Time in Dowsett Highlands is now 02:00 PM (Wednesday). The local timezone is named Pacific / Honolulu with an UTC offset of -10 hours. We know of 8 airports nearby Dowsett Highlands, of which one is a larger airport. The closest airport in United States is Honolulu International Airport in a distance of 6 mi (or 9 km), West. Besides the airports, there are other travel options available (check left side).

Being here already, you might want to pay a visit to some of the following locations: Honolulu, Waimanalo, Wailuku, Lihue and Hilo. To further explore this place, just scroll down and browse the available info. 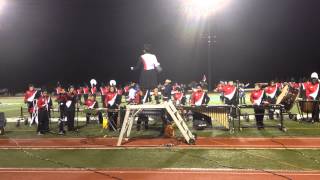 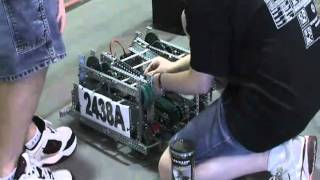 Teams 2438A ('Iolani) and 2453 (Hawaii Baptist) prepare for the Oahu FRC Rookie VEX Robotics Competition (Bridge Battle) put on by McKinley Robotics on November 12, 2007 in the Keawe Gym at... 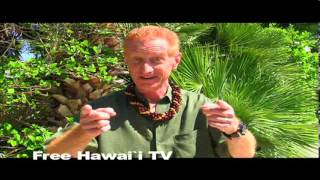 http://FreeHawaiiTV.com - What Great Britain Restored Cannot Be Ignored. Thatʻs Why The Real Historyʻs No Longer A Mystery & Todayʻs A Significant Holiday. So What Did The British Give Back... 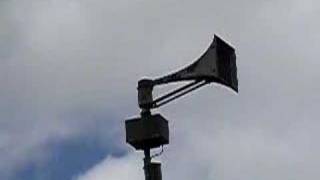 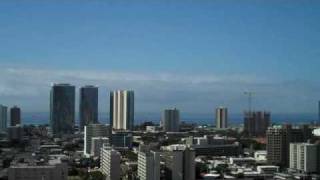 Pauoa Valley is an unincorporated town on the island of Oahu in north-central Honolulu County, Hawaii, United States. Pauoa Elementary School is located in this area along with the neighboring schools of Kawananakoa Middle and Roosevelt High School. Pauoa Valley is the birthplace of Hawaiian music legend John Kameaaloha Almeida.

KTUH is a non-commercial, student-run, listener-supported station in Honolulu, Hawaii. It was Hawaii's first non-commercial FM station, and signed on the air July 7, 1969. Their programming originates from the studios located on the campus of the University of Hawaiʻi at Mānoa. The station runs 24 hours a day all year round and there is always a live DJ producing their programming; the station never switches to prerecorded material.

'Aiea High School is a public, co-educational college preparatory high school of the Hawaiʻi State Department of Education and serves grades nine through twelve. Established in 1961, 'Aiea High School is located in the 'Aiea CDP in the City and County of Honolulu of the state of Hawaiʻi. It is situated on a former sugar cane plantation overlooking Pearl Harbor at 98-1276 Ulune St. The campus boasts the sculpture Early Spring by Satoru Abe.

The First Unitarian Church of Honolulu is the only Hawaii-based congregation within the Unitarian Universalist Association. It is located at 2500 Pali Highway in the Nu'uanu Valley. The congregation was founded in 1952 as a lay fellowship.

Temple Emanu-El is a Reform Jewish congregation in Honolulu that was established in 1938, and joined the Union of American Hebrew Congregations in 1952. The synagogue building at 2550 Pali Highway{{#invoke:Coordinates|coord}}{{#coordinates:21|19|50|N|157|50|40|W|type:landmark_region:US-HI |primary |name= }} was consecrated in 1960 under the spiritual leadership of Rabbi Roy A. Rosenberg. The architect was Edward Sullam, and the builder was T. Takahashi.

Located at 21.3306, -157.844 (Lat. / Lng.), about 1 miles away.
Wikipedia Article
Synagogues in Hawaii, Places of worship in Honolulu, Hawaii, Reform synagogues in the United States

Tantalus is an extinct cinder cone in the southern Koʻolau Range on the Hawaiian Island of Oʻahu. It also has a summit crater, Tantalus Crater. The cinder cone formed after the demise of Koʻolau Volcano, during a time of rejuvenated stage volcanism in southeastern Oʻahu that also formed Punchbowl Crater, Diamond Head and Koko Head. Tantalus overlooks the modern city of Honolulu, which is built on top of Tantalus cinders.

These are some bigger and more relevant cities in the wider vivinity of Dowsett Highlands.