Chinatown in Honolulu County (Hawaii) is located in United States about 4,829 mi (or 7,771 km) west of Washington DC, the country's capital town.

Current time in Chinatown is now 05:59 PM (Tuesday). The local timezone is named Pacific / Honolulu with an UTC offset of -10 hours. We know of 8 airports close to Chinatown, of which one is a larger airport. The closest airport in United States is Honolulu International Airport in a distance of 4 mi (or 6 km), West. Besides the airports, there are other travel options available (check left side).

http://bookinghunter.com Honolulu is the county seat of the City and County of Honolulu. It is the state capital and the most populous city in the U.S. state of Hawaii. Situated on the island...

Virtual tour of our Executive Centre condo, located in the heart of downtown Honolulu, Hawaii. The condo is available for weekly or monthly rental, is fully furnished, has an ocean view, and...

Cruising Lealea in Honolulu: The Ala Wai Part1

On may 26th 2007 we sailed away from Hawaii on our first voyage and began our cruising video logs. This is the first in a series of videos covering the months and weeks leading up to that... 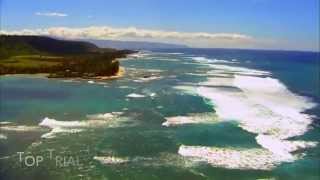 Honolulu Hawaii Personal Injury Law Firm. We don't charge any fees until you receive compensation for your injuries. We have obtained millions of dollars for our clients. We are an experienced... 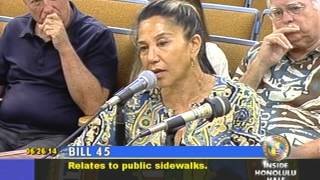 The City & County of Honolulu no longer mounts the videos of the meetings. I asked for a DVD and mount it here for reference. This particular meeting addresses Bills 42, 43, 44, 45, and 46,... 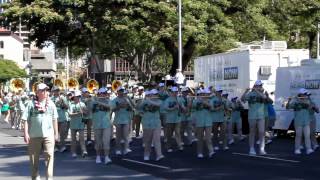 SUBSCRIBE to our videos: http://www.youtube.com/subscription_center?add_user=band1 Recorded at the 96th Annual King Kamehameha Celebration Floral Parade on Saturday June 9, 2012 near ... 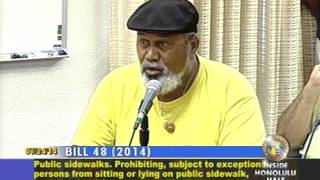 From the Honolulu City Council Zoning Committee hearing on the criminalization of homelessness (Bills 42, 43, 46, 47, and 48). Direct descendant of Kamehameha I, Lancelot Haili Lincoln gives... 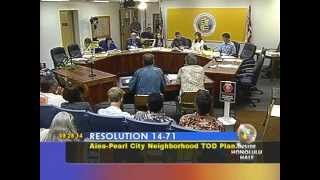 The Honolulu City Council no longer posts recordings of its videos. But I do. As a public service, here is Part 1 of the long meeting of the Zoning and Planning Committee meeting at which the... 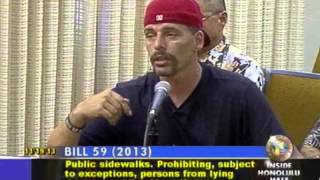 Cathedral of Our Lady of Peace

The Cathedral of Our Lady of Peace — also known by its original French name Cathédrale de Notre Dame de la Paix, its Portuguese variant Catedral de Nossa Senhora da Paz and its Hawaiian derivative Malia o ka Malu Hale Pule Nui — is the Mother Church of the Diocese of Honolulu and houses the cathedra of the Bishop of Honolulu in Honolulu, Hawaiʻi. Another cathedra was installed in the Co-Cathedral of Saint Theresa of the Child Jesus, also serving the diocese.

Robert William Kalanihiapo Wilcox (February 15, 1855–October 23, 1903), nicknamed the Iron Duke of Hawaiʻi, was a native Hawaiian revolutionary soldier and politician. He led uprisings against both the government of the Kingdom of Hawaii under King Kalākaua and the Republic of Hawaii under Sanford Dole, what are now known as the Wilcox rebellions. He was later elected the first delegate to the United States Congress for the Territory of Hawaii.

KWHE is a television station in Honolulu, Hawaii, broadcasting locally on digital channel 31 as a LeSEA owned-and-operated station. KWHE can also be seen on satellite stations KWHD channel 14 in Hilo and KWHM channel 21 in Wailuku, and on Oceanic Cable channel 11 statewide. On Hawaiian Telcom's cable lineup, KWHE's channel number position is the same as their OTA RF channel.

KBFD-DT is an independent station that airs Asian programming. The Allen Broadcasting outlet operates on ATSC channel 33 (digital) and is licensed to Honolulu, Hawaii. Since they do not have any satellite stations in Hawaii, KBFD can be also seen on Oceanic Cable basic channel 4 in Oahu, while digital cable subscribers can see KBFD on Oceanic Cable digital channel 82 statewide. On Hawaiian Telcom's cable lineup, KBFD is seen on channel 6 because of KITV occupying the channel 4 position.

Kumu Kahua Theatre is a community theater located in the city of Honolulu on the island of O'ahu in the state of Hawai'i. Kumu Kahua Theatre is best known for producing plays by local Hawaiʻi-based playwrights, especially plays featuring themes and stories of the people of Hawaiʻi. (Their motto, as seen on their T-shirts and Web site, is "Plays about life in Hawaii. Plays byHawaii's playwrights. Plays for Hawaii's people.

The Arts District is a neighborhood in Honolulu located west of downtown Honolulu's Hawaii Capital Historic District and on the eastern edge of Chinatown. It spans just over 12 blocks, bounded by Bethel and Smith Streets and Nimitz Highway and Beretania Street. It is home to cultural institutions, performing arts venues (including the historic Hawaii Theatre), galleries, and arts events. The Merchant Street Historic District is just to the south.

Don Francisco de Paula Marín (1774–1837) was a Spaniard who became influential in the early Kingdom of Hawaii. Often called Manini, Marini or other variations, he became a confidant of Hawaiian King Kamehameha I. Marín acted as a jack-of-all-trades, sometimes even acting as a physician, probably without any formal education, and is credited with introducing many agricultural products.

Thomas Charles Byde Rooke (1806–1858) was an English physician who married into the royal family of the Kingdom of Hawaii. He built a mansion called the Rooke House in Honolulu that became popular with political and social leaders of the Kingdom.

Richard Charlton (1791–1852) was the first diplomatic Consul from Great Britain to the Kingdom of Hawaii 1825–1843. He was surrounded by controversies that caused a military occupation known as the Paulet Affair, and real estate claims that motivated the formalization of Hawaiian land titles.

Ladd & Company was an early business partnership in the Kingdom of Hawaii. Its founders were William Ladd (1807–1863), Peter Allen (or Allan) Brinsmade (1804–1859), and William Northey Hooper (1809–1878). The company was behind the first commercial sugar cane plantation and first international land speculation in the Hawaiian Islands.

The Chinatown Historic District is a neighborhood of Honolulu, Hawaii known for its Chinese people and is one of the oldest Chinatowns in the United States.

These are some bigger and more relevant cities in the wider vivinity of Chinatown.