Miskolc in Borsod-Abauj Zemplen county with it's 172,637 citizens is a city in Hungary about 91 mi (or 146 km) north-east of Budapest, the country's capital city.

Local time in Miskolc is now 03:20 AM (Monday). The local timezone is named Europe / Budapest with an UTC offset of 2 hours. We know of 9 airports in the vicinity of Miskolc, of which two are larger airports. The closest airport in Hungary is Miskolc Airport in a distance of 3 mi (or 4 km), North. Besides the airports, there are other travel options available (check left side).

There are several Unesco world heritage sites nearby. The closest heritage site in Hungary is Tokaj Wine Region Historic Cultural Landscape in a distance of 26 mi (or 42 km), East. Looking for a place to stay? we compiled a list of available hotels close to the map centre further down the page.

When in this area, you might want to pay a visit to some of the following locations: Szikszo, Edeleny, Kazincbarcika, Mezocsat and Tiszaujvaros. To further explore this place, just scroll down and browse the available info. 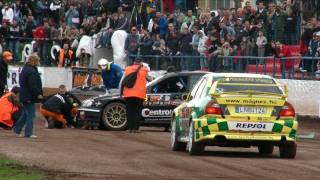 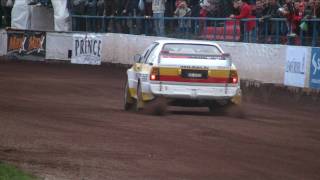 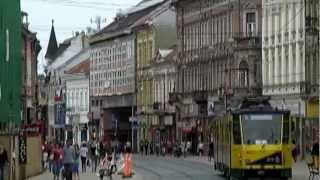 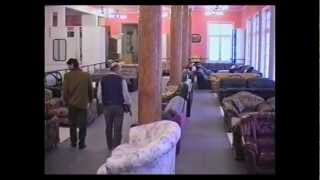 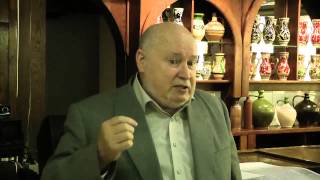 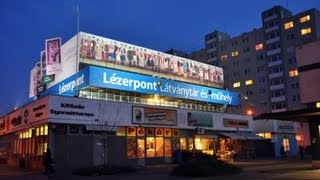 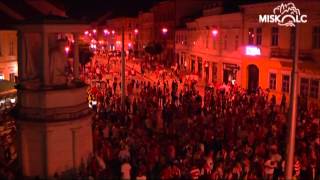 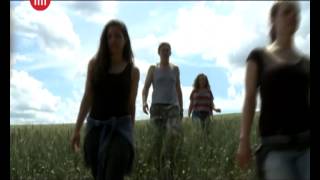 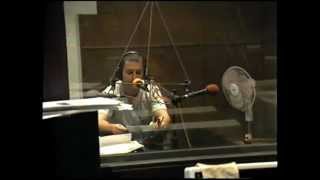 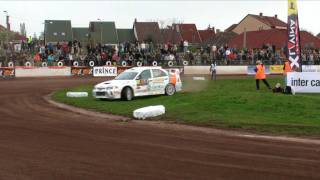 Ferenc Földes Secondary School (Hungarian: Földes Ferenc Gimnázium) is a secondary school in Miskolc, Hungary. It is famous for being one of the best secondary schools of the country.

Located at 48.1, 20.7833 (Lat. / Lng.), about 0 miles away.
Wikipedia Article, Homepage
Buildings and structures in Miskolc, High schools in Hungary, Education in Borsod-Abaúj-Zemplén County

The National Theatre of Miskolc is the main theatre of Miskolc, and the oldest theatre company of Hungary. Its current Classicist and Neo-baroque building built between 1847–1857, is in the city centre, in Széchenyi street and is home to not only theatrical plays, but also to events like the International Opera Festival of Miskolc.

Located at 48.1028, 20.7833 (Lat. / Lng.), about 0 miles away.
Wikipedia Article
Culture of Miskolc, Buildings and structures in Miskolc, Visitor attractions in Miskolc, Theatres in Hungary

The Wooden Church (Deszkatemplom) is a church in Miskolc, Hungary. It is built of carved wood. The present building was built in 1999 in place of the previous one that was destroyed by arson in 1997. The first church was consecrated on September 13, 1637, but both this date and the existence of the church are preserved only in tradition and there is no documentary evidence. The first document mentioning a church at this site dates back to 1698.

The Avas is a hill of volcanic origin in Miskolc, Hungary. Its top (234 m above sea level, 104 m above the city) is the highest point of Miskolc proper (although other parts, annexed to the city later, lie higher up in the Bükk mountains). On the top stands a TV tower with observation deck which is a former symbol of the city and provides a nice panorama. The name of the hill is an archaic Hungarian word meaning "forbidden".

Located at 48.1, 20.7833 (Lat. / Lng.), about 0 miles away.
Wikipedia Article
Neighbourhoods of Miskolc, Hills of Hungary, Populated places in Yardymli District

The Ottó Herman Museum is the largest museum of Miskolc, Hungary. It has more than 600,000 artifacts. Its main focus is on archaeology, mineralogy, arts, history and ethnography.

The People's Garden is a park in Miskolc, Hungary. With an area of 56.921 m² it's the third largest park of Miskolc (after Tapolca-Hejőliget and Csanyik, but since those are in the outer districts, Népkert is the largest park in the city proper. There are many sports facilities in the park.

Miskolc–Gömöri railway station, operated by Hungarian State Railways, is the smaller of two railway stations of the city of Miskolc, Hungary. The railway station was built in the late 19th century and got its name after the historical Gömör county. It was mainly important because it connected the mines and metal factories of Gömör to the city. The railway lines between Miskolc and the towns of Bánréve and Fülek were constructed in the 1870s.

Miskolc City Centre is basically the historical part of the city of Miskolc, Hungary. Most of the other parts of the city were either independent towns and villages previously, or they were built later. Many of the characteristic buildings of Miskolc can be found in the city centre, although the most famous ones, like the castle of Diósgyőr or the Cave Bath of Lillafüred are outside of it.

The Palace of Music (Zenepalota) is a building in Bartók square, Miskolc, Hungary. It is the building of the Béla Bartók Secondary School and the Béla Bartók Music Institute (a faculty of the University of Miskolc. ) The Palace was designed by Gyula Waelder in Neo-baroque style and was built between 1926 and 1927. The construction was financed from USA loans, just like that of the Hotel Palace in Lillafüred and the Market Hall on Búza tér.

Located at 48.1035, 20.7763 (Lat. / Lng.), about 0 miles away.
Wikipedia Article
Schools in Hungary, Buildings and structures in Miskolc, Culture of Miskolc, Music venues in Hungary, Visitor attractions in Miskolc, Education in Borsod-Abaúj-Zemplén County

Miskolc-Avas TV Tower (in colloquial speech Avasi kilátó, Avas Lookout Tower) is a 72 metre tall TV tower with an observation deck on the Avas hill in Miskolc, Hungary. The Avas TV Tower was designed by Miklós Hófer and György Vörös, and was built in 1966 in place of a wooden lookout tower. It is commonly regarded as the symbol of the city, even though in the 1990s the bell tower of the Avas church was declared the city's symbol in its place.

Berzeviczy Gergely School of Trade and Catering, situated in Miskolc, is one of the oldest schools in Hungary.

Located at 48.1044, 20.7842 (Lat. / Lng.), about 0 miles away.
Wikipedia Article
Buildings and structures in Miskolc, Education in Borsod-Abaúj-Zemplén County

Miskolc Ice Hall is a multi-purpose indoor arena in Miskolc, Hungary. It is primarily used for ice sports and is the home arena of Hungarian top division ice hockey club Miskolci JJSE.

These districts belong to Miskolc.

These are some bigger and more relevant cities in the wider vivinity of Miskolc.