Yangpu in Shanghai Municipality is located in China about 663 mi (or 1,067 km) south-east of Beijing, the country's capital town.

Current time in Yangpu is now 06:52 AM (Sunday). The local timezone is named Asia / Shanghai with an UTC offset of 8 hours. We know of 8 airports close to Yangpu, of which 4 are larger airports. The closest airport in China is Shanghai Hongqiao International Airport in a distance of 12 mi (or 19 km), South-West. Besides the airports, there are other travel options available (check left side).

There are two Unesco world heritage sites nearby. The closest heritage site in China is Classical Gardens of Suzhou in a distance of 63 mi (or 102 km), West. If you need a hotel, we compiled a list of available hotels close to the map centre further down the page.

While being here, you might want to pay a visit to some of the following locations: Pudong, Hongkou, Huamu, Shanghai and Luwan. To further explore this place, just scroll down and browse the available info.

Banyan Tree Shanghai On The Bund

Sunrise On The Bund 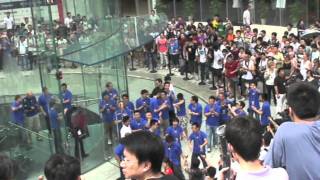 Pudong Apple Store opened on July 10 2010. I was there to see it open and caught some footage. Enjoy Twitter: @HKChigger. 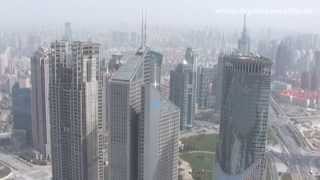 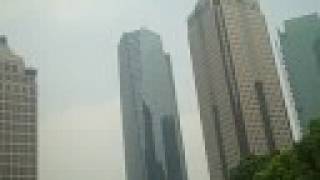 Pudong and the amazing new Shanghai Tower under construction. Video shot with iPhone 5. 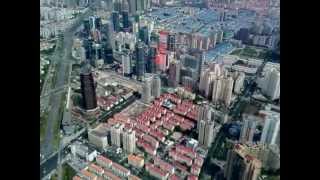 july 2009. ... to the top of the Shanghai World Finance Center by elevator. 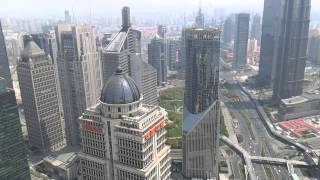 Aerial view of Shanghai city from the observatory deck in Oriental Pearl TV Broadcasting Tower. The view is stunning, and the high rise buildings add charisma to it. 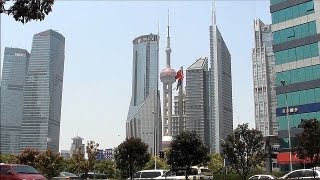 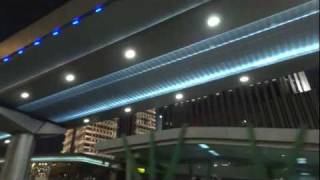 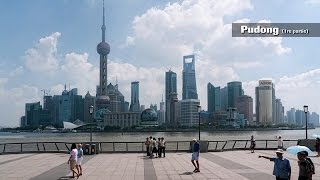 Yangpu District, meaning "Poplar Bank", is one of the 19 districts in Shanghai. It is located in the northeast of Shanghai, bordering the Huangpu River on the east and south, Hongkou District on the west and Baoshan District in the north. The southern part of Yangpu District is only 4 km away from the Bund, a major tourist attraction. It is predominantly composed of residential communities, with a total area of 60.61 km and a population of 1.313 million as of 2010.

Hongkou is a northern district of Shanghai proper, People's Republic of China. It has a land area of 23.48 km and a population of 799,700 as of 2001. It is the location of the Astor House Hotel, Broadway Mansions, Lu Xun Park and the Lu Xun memorial. Hongkou is home to the Shanghai International Studies University (SISU) and the Shanghai University of Finance and Economics. Fuxing High School and Shanghai Foreign Language School Affiliated to SISU (SFLS) are the best high schools in this area.

The Shanghai ghetto (上海隔都 Shànghǎi gédōu), formally known as the Restricted Sector for Stateless Refugees (無国籍難民限定地区, Wú guójí nànmín xiàndìng dìqū), was an area of approximately one square mile in the Hongkou District of Japanese-occupied Shanghai, to which about 20,000 Jewish refugees were relocated by the Japanese-issued Proclamation Concerning Restriction of Residence and Business of Stateless Refugees after having fled from German-occupied Europe before and during World War II.

Yangshupu Road is the name of a station on Shanghai Metro Line 4. It is located at Yangshupu Road and Dalian Road, in the Yangpu District of Shanghai.

Dalian Road Station is a station on Line 4 of the Shanghai Metro. This station will become an interchange in 2012, when Line 12 opens.

Jiangpu Road is the name of a station on Shanghai Metro Line 8. It began operation on December 29, 2007.

Anshan Xincun Station is a station on Shanghai Metro Line 8. The station has two different destinations. The first destination is Shiguang Road and the second destination is the Aerospace Museum. It began operation on December 29, 2007.

Tilanqiao Prison (formerly Ward Road Gaol) is a prison, located in the Hongkou district of Shanghai, People's Republic of China. Originally built as part of the foreign-controlled Shanghai International Settlement, it is now run by the Ministry of Public Security of the People's Republic of China. Throughout the first forty or so years of its life it was the largest prison in the world and earned a reputation as the "Alcatraz of the Orient".

These are some bigger and more relevant cities in the wider vivinity of Yangpu.

This place is known by different names. Here the ones we know:
Yangpu, 杨浦