Luwan in Shanghai Municipality is located in China about 665 mi (or 1,070 km) south-east of Beijing, the country's capital town.

Current time in Luwan is now 06:41 AM (Thursday). The local timezone is named Asia / Shanghai with an UTC offset of 8 hours. We know of 8 airports close to Luwan, of which 4 are larger airports. The closest airport in China is Shanghai Hongqiao International Airport in a distance of 8 mi (or 12 km), West. Besides the airports, there are other travel options available (check left side).

There are two Unesco world heritage sites nearby. The closest heritage site in China is Classical Gardens of Suzhou in a distance of 60 mi (or 97 km), West. If you need a hotel, we compiled a list of available hotels close to the map centre further down the page.

While being here, you might want to pay a visit to some of the following locations: Shanghai, Xuhui, Changning, Hongkou and Pudong. To further explore this place, just scroll down and browse the available info. 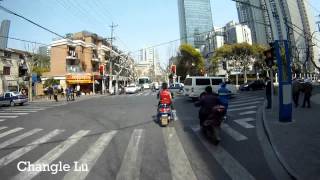 The 2012 Shanghai Alleycat bicycle race as seen from my head. I ended up getting 5th place overall, and fastest time in my category: local, non-fixed gear. (Total race time was 47 minutes... 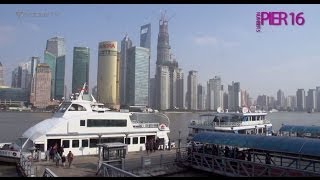 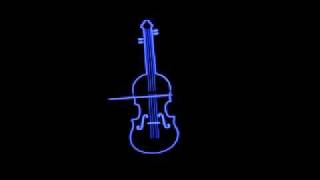 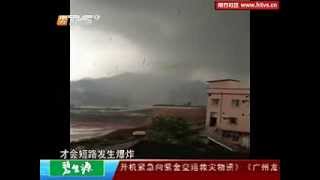 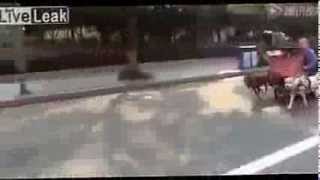 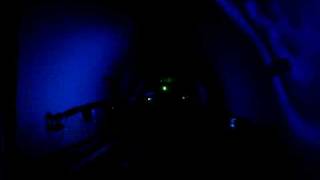 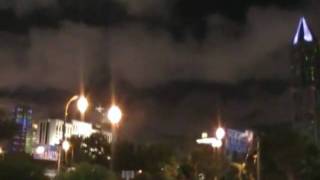 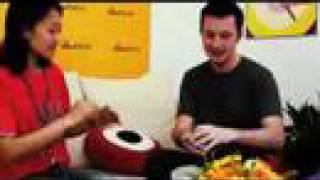 Here is my Video Blog from my trip to Shanghai. I was there to perform some of my "multimedia magic" for a Japanese car company. I hope you like the video as much as I enjoyed this trip. 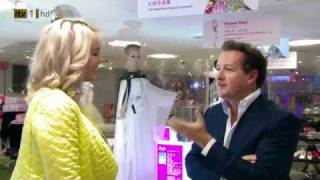 Shanghai - a great experience! One of the most dynamic cities in the world. An excellent presentation from Pierce Morgan of itv1. Source from www.tudou.com. (Interviews in ENGLISH) As we... 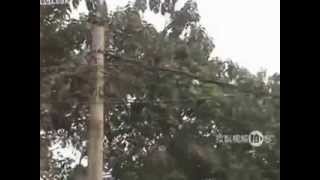 Villagers build houses with electric poles and trees inside

South Shaanxi Road is the name of an interchange station between Lines 1 and 10 of the Shanghai Metro. It is situated within the inner ring-road in Luwan District. The station will serve Line 12 when it enters operation in 2012. Meanwhile, due to construction works on the new line, interchanging between lines 1 and 10 requires exiting the station and crossing a road.

Jin Jiang Tower is a 46 floor tower in Shanghai, China and was completed in 1988. It was built by architects Wong Tung & Partners Limited. It was the tallest building in Shanghai from its completion in 1988, to the construction of the Oriental Pearl Tower in 1994. It has the largest observatory revolving restaurant in Shanghai.

Damuqiao Road Station is the name of a station on Line 4 of the Shanghai Metro. It is one of the few stations that has a store accessible inside - a FamilyMart. Damuqiao Road will become an interchange station when the Line 12 section enters operation in 2012.

Luban Road is the name of a station on Shanghai Metro Line 4.

The Shanghai Cultural Plaza precinct is an area in Shanghai's Luwan District, in the former French Concession of Shanghai, China. The area began as the Canidrome, a stadium structure originally built for greyhound racing in 1928. The clubhouse and racetrack became a multi-purpose entertainment venue, but became a place for political rallies after the founding of the People's Republic of China and a mass execution facility.

Ruijin Hospital is a renowned general hospital in Shanghai, China, with the rank of "Grade 3, Class A". It is a university hospital affiliated to School of Medicine, Shanghai Jiao Tong University. The hospital was founded in 1907, formerly known as St. Marie Hospital (广慈医院). It has a land area of 120,000 sq. meters, among which, buildings cover 245,000 sq. meters and green field, 40,000 sq. meters.

The Luwan Gymnasium is a basketball arena, in Luwan District, Shanghai, China. The arena is home to the Shanghai Sharks, a member of the Chinese Basketball Association. The facility seats 3,000 people.

Fuxing Park (复兴公园) is located in the former French Concession of Shanghai, in Luwan District near Nanchang Road. The park, about 10 ha. in size, is designed in the French style, with a center lake, fountains, covered pavilions, and flowerbeds. Early morning, the park fills with dancers, card players, mahjong enthusiasts, and tai chi solo and group artists. According to Time magazine's Hannah Beech, it is one of the must-see sights in Shanghai.

Tianzifang or Tian Zi Fang is an arts and crafts enclave that has developed from a renovated residential area in the French Concession area of Shanghai, China. It comprises a neighborhood of labyrinthine alleyways off Taikang Road, and is therefore also referred to as Taikang Road or Taikang Lu. Tianzifang is known for small craft stores, coffee shops, trendy art studios and narrow alleys.

Madang Road is the name of a station on Line 9 of the Shanghai Metro. The station opened in December 2009, together with the other stations on Line 9's east extension. During the 2010 Shanghai World Expo it was also an interchange station to a short section of Line 13 serving the Expo, but the Line 13 part of the station is currently closed. The station is located in Shanghai's Luwan District.

These are some bigger and more relevant cities in the wider vivinity of Luwan.

This place is known by different names. Here the ones we know:
Luwan, 卢湾