Jiangnong in Shanghai Municipality is a town located in China about 666 mi (or 1,072 km) south-east of Beijing, the country's capital place.

Time in Jiangnong is now 07:32 AM (Thursday). The local timezone is named Asia / Shanghai with an UTC offset of 8 hours. We know of 8 airports nearby Jiangnong, of which 4 are larger airports. The closest airport in China is Shanghai Hongqiao International Airport in a distance of 13 mi (or 21 km), West. Besides the airports, there are other travel options available (check left side).

There are two Unesco world heritage sites nearby. The closest heritage site in China is Classical Gardens of Suzhou in a distance of 66 mi (or 106 km), West. Need some hints on where to stay? We compiled a list of available hotels close to the map centre further down the page.

Being here already, you might want to pay a visit to some of the following locations: Huamu, Pudong, Yangpu, Hongkou and Kangqiao. To further explore this place, just scroll down and browse the available info. 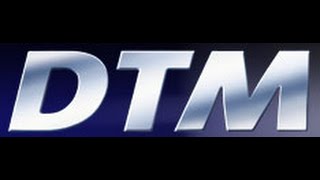 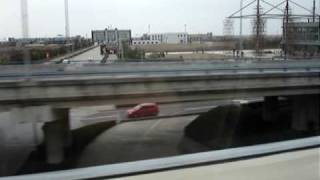 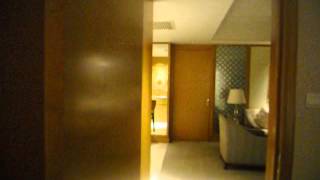 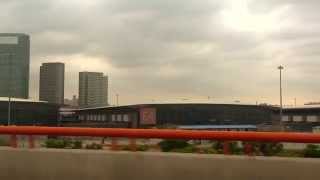 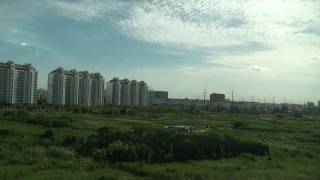 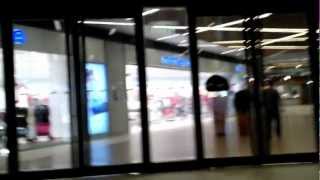 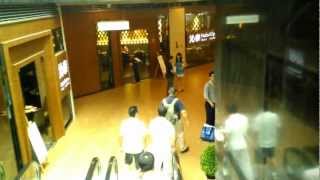 This entrance is adjacent to the entrance to SINEC, Shanghai New International Expo Center ( also the terminal or last stop of line 7 on Pudong side ) 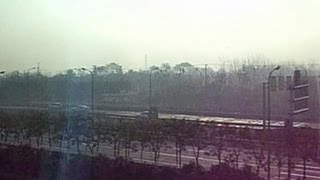 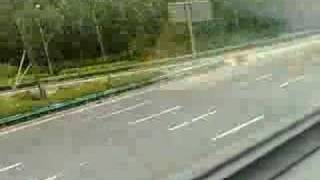 Took the Maglev train from the city to the airport and return. 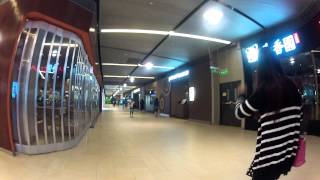 Line #7 HUAMU station exit #1 leads directly to SNIEC #2 entrance (between Hall N1 & W5) and Kerry Hotel Don't take other exits, those, you have to cross the street. Camera: Gopro by Ed C....

Century Park is the largest park in the city of Shanghai. It is situated in Pudong New Area. It is located nearby to the Shanghai Science and Technology Museum.

Longyang Road is the name of a station that serves both the Shanghai Maglev Train and Lines 2 and 7 on the Shanghai Metro. It provides a quick transfer between the metro system and the Maglev train to and from the Pudong International Airport. The station will serve Line 16 and Line 18 in the future.

The Shanghai New International Expo Centre is an exhibition center in Shanghai, China. It hosts a large number of exhibitions, including the Shanghai Motor Show. It has also hosted the 2002 Tennis Masters Cup, where one of the halls was temporarily converted into a tennis court. With more than 90 exhibitions per year and a turnover rate of 32 (2011), SNIEC is one of the world's most successful exhibition venues.

Located at 31.2111, 121.563 (Lat. / Lng.), about 1 miles away.
Wikipedia Article
Buildings and structures in Shanghai, Convention centres in China, Visitor attractions in Shanghai

Century Park Station, formerly transliterated as Shiji Park Station, is a station on Line 2 of the Shanghai Metro. It is named after the nearby Century Park, and should not be confused with the Century Avenue station.

Yanggao Road (Central) is the name of a station on Line 9 of the Shanghai Metro. It is the current eastern terminus of the line. Due to construction works, it opened on April 7, 2010, three months later than the other stations on the east extension (phase 2) of Line 9.

Shanghai Street Circuit is a street circuit in Pudong, China. On 18 July 2004, the 2.85 km track hosted a non-championship race of Deutsche Tourenwagen Masters won by Gary Paffett for Mercedes-AMG. On 28 January 2010, DTM bosses revealed the final calendar for the 2010 Deutsche Tourenwagen Masters season featured a season finale on the street circuit on 31 October 2010 for the first time in six years.

Huamu Road Station is a station on Line 7 of the Shanghai Metro. This station is the eastern terminus of Line 7, and entered operation on December 5, 2009. It is part of the first phase of Line 7. The station was originally named Fangdian Road. The station is located in the Pudong New Area.

These are some bigger and more relevant cities in the wider vivinity of Jiangnong.

This place is known by different names. Here the ones we know:
Jiangnong, 蒋弄