Waikane in Honolulu County (Hawaii) with it's 778 habitants is located in United States about 4,821 mi (or 7,758 km) west of Washington DC, the country's capital town.

Current time in Waikane is now 01:58 PM (Saturday). The local timezone is named Pacific / Honolulu with an UTC offset of -10 hours. We know of 8 airports close to Waikane, of which one is a larger airport. The closest airport in United States is Wheeler Army Airfield in a distance of 12 mi (or 20 km), West. Besides the airports, there are other travel options available (check left side). 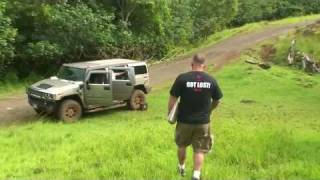 Kaaawa Valley, Oahu, Hawaii. This valley is owned by the nearby Kualoa Ranch, and is used as a major film location for the ABC drama LOST. Access is forbidden since it's on private property,... 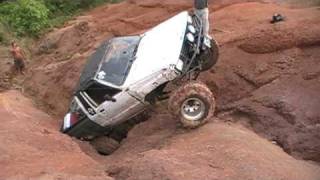 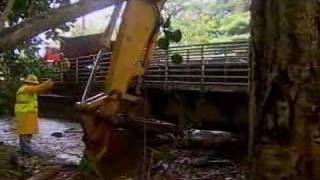 State transportation workers began clearing debri from under Waikane Bridge this afternoon, and although the cleaning will help prevent further flood damage, it is causing traffic for Windward... 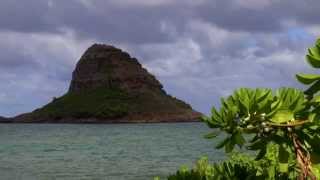 A visit to Kualo regional park, in a Volkwagen Westfalia. Horeseback riding and swimming near Mokolii (Chinaman's hat.) On the island of Oahu, Hawaii. Van supplied by "Hawaii Campers." http://www.h ... 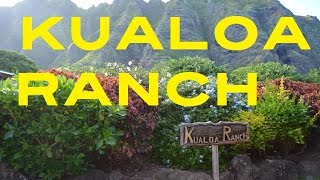 Kualoa Ranch is located in the Windward Side of the Island about 1 hour to north shore of Oahu if you start from the city of Kaneohe. Kualoa Ranch, this Island Jewel is so pristine with more... 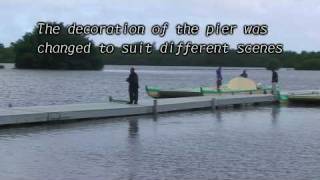 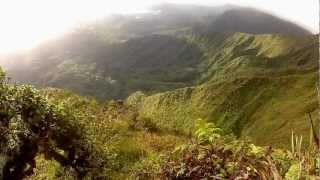 Hiking the Ko`olau crest between the summits of Manana Ridge and Waiahole Uka on the island of O`ahu. For the full story, follow the link below: http://dgcpinoy.blogspot.com/2012/08/8-9102012-mana ... 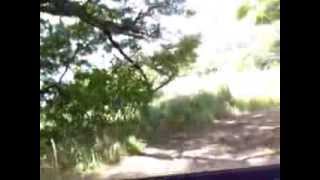 Kualoa Ranch jungle expedition tour featuring a guided tour of Oahu, Hawaii's wilderness jungles, streams and muddy trails from near the beach up the valley and part way up mountain through... 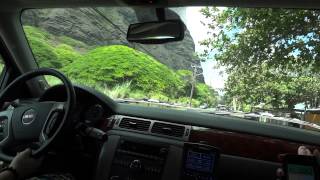 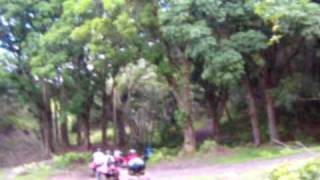 Ahupuaʻa O Kahana State Park, formerly Kahana Valley State Park, is located on the windward side of Oʻahu between Kaʻaʻawa and Punaluʻu. The park is located mauka (up hill) from Kahana Bay. It is Hawaii's only public ahupuaʻa, and it stretches from the sea to the tip of Puʻu Pauao at 2670 feet. It has a tropical climate, and it is one of the wettest areas in Oʻahu, averaging nearly 300 inches per year in parts of the valley. The main purpose of the park is to embrace and teach Hawaiian culture.

Kualoa Ranch is the landowner of Kaʻaʻawa Valley, also commonly known as Kualoa Valley, on the windward coast of the island of Oʻahu in Hawaiʻi. This place was sacred to ancient Oahuans from the 13th to the 18th century, as it was where Laʻa-mai-kahiki settled after visiting Kauaʻi and before returning to Tahiti. It was also the site of the sacred drums of Kapahuula and Kaahu-ulapunawai as well as the sacred Hill of Kauakahi-a-Kahoʻowaha, the key to the sovereignty of the Kingdom of Oahu.

Mokoliʻi is a 12.5-acre, 206-foot-tall basalt island ⁄3 miles offshore of Kualoa Point, Oahu, in Kāne'ohe Bay, Hawaii, at {{#invoke:Coordinates|coord}}{{#coordinates:21.5092|N|157.8297|W|scale:25000|||| |primary |name= }}. Geologically, it used to be connected to Oahu before erosion cut it off. It is also known as "Chinaman's Hat" for its likeness to the straw hats Chinese immigrants wore. Wedge-tailed Shearwaters are the only species of bird that nests here; previously there were a few.

Kualoa Airfield is a former wartime airfield on Oahu, Hawaii. Part of it is now the Kualoa Regional Park.

Kualoa Regional Park is located at Kaneohe Bay, on the island of Oahu in in the U.S. state of Hawaii. The park covers 153 acres across the road from the Pali-ku (cliffs) of the Koolau Range. The beach front is white sand.

These are some bigger and more relevant cities in the wider vivinity of Waikane.