Current time in He‘eia is now 01:35 PM (Monday). The local timezone is named Pacific / Honolulu with an UTC offset of -10 hours. We know of 8 airports closer to He‘eia, of which one is a larger airport. The closest airport in United States is Honolulu International Airport in a distance of 10 mi (or 17 km), South-West. Besides the airports, there are other travel options available (check left side). 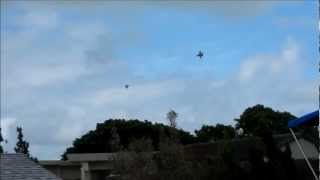 The Navy's Blue Angels performing over Kaneohe, Hawaii on Sat, Sept 29, 2012. We didn't go to the airshow, but they use the airspace over our neighborhood to turn around so we get a lot of... 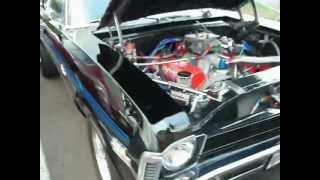 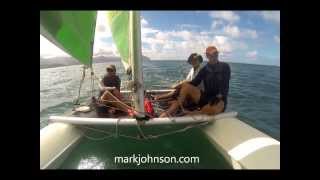 Another beautiful day in Hawaii! Sailing on a Prindle 16 catamaran in Kaneohe Bay, Oahu, Hawaii. 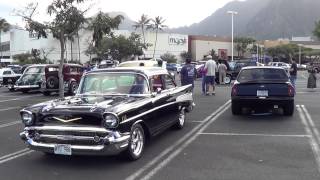 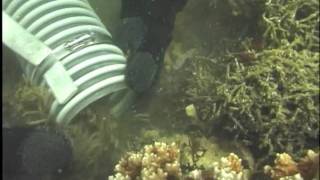 Marine researchers in Hawai'i are using a unique weapon in the battle against alien algae. They call it the "Super Sucker," and it acts as an underwater vacuum to clean invasive algae off the... 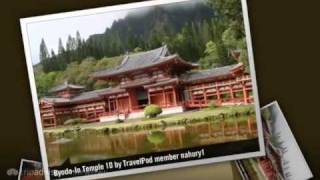 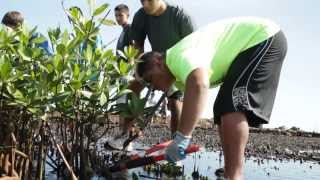 The Academy CAPSEEDS course marries the study of economics with community service. The class recently took a field trip to He'eia Fishpond to learn and do some work. Punavision tagged along... 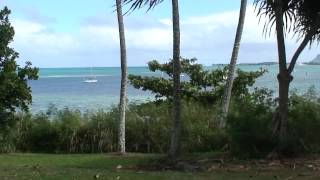 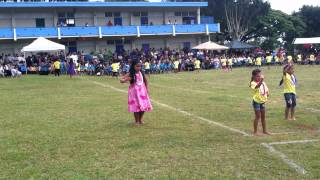 At Heeia Elementary's may day to watch my Naya perform...she was on the court as a gift bearer for Maui, hence the reason she's not dressed like her 1st grade classmates. They performed 'PUKA,... 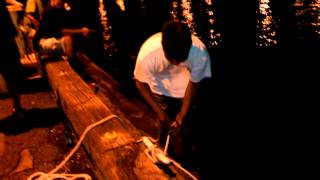 Righting a capsized boat. Part 1 of 2

On August 10, 2013 around 8:45pm, a capsized boat was in the process of being righted at He'eia Kea Pier located in Kaneohe, Hawaii.

These are some bigger and more relevant cities in the wider vivinity of He‘eia.

This place is known by different names. Here the ones we know:
Heeia, He‘eia