Lanikai in Honolulu County (Hawaii) is a town located in United States about 4,818 mi (or 7,754 km) west of Washington DC, the country's capital place.

Time in Lanikai is now 05:13 AM (Thursday). The local timezone is named Pacific / Honolulu with an UTC offset of -10 hours. We know of 8 airports nearby Lanikai, of which one is a larger airport. The closest airport in United States is Honolulu International Airport in a distance of 14 mi (or 23 km), West. Besides the airports, there are other travel options available (check left side). 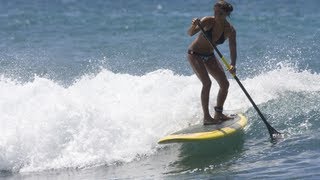 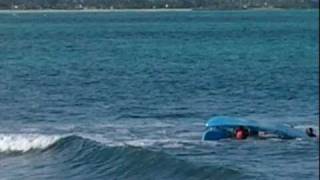 Kayaks collide and overturn catching waves off Bird Island, Kailua. No one was hurt, but a second wave capsized them again. All four people struggle to get on and row back to shore. Incident... 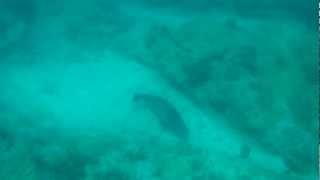 My friend and I were spearfishing today at Kailua and were finishing up our dive when I came across this lonesome guy. It's my first time seeing a seal in the wild and it was quite the privilege... 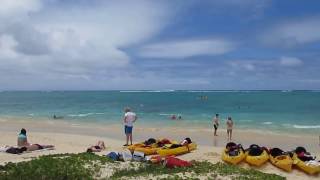 Lanikai Beach in Kailua on Oahu. 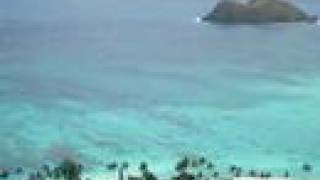 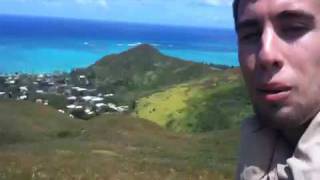 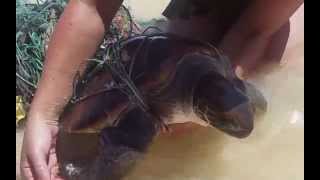 Earlier today we went kayaking out to the Mokulua Islands (Hawaii). On our way back to the mainland we thought we spotted a big turtle, and turned the kayak to get a closer look. As we headed... 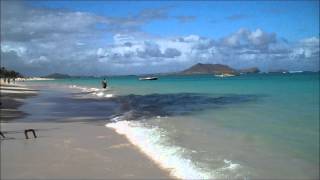 Lanikai Beach is rated the best beach on Oahu, and through out the Hawaiian islands! The pristine calm aqua blue water, soft powdery sand, and pure beauty that surrounds it gives this Oahu... 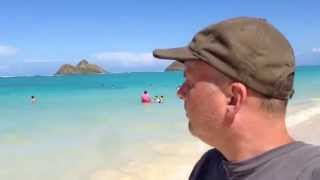 It's supposed to be one of the best beaches in Hawaii. I can imagine what it's like without all the people on it. The water is a creamy green-blue, and there seems to be places to snorkel.... 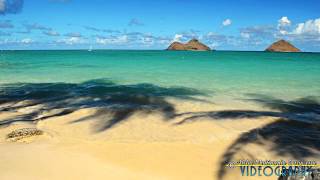 Lanikai Beach Cove in the Afternoon Long If you like this video and are interested in seeing some fine art from the Hawaiian Islands, click on any of the links below for my full gallery http://alo...

Nā Mokulua (meaning, in Hawaiian, "the two islands") are two islets off the windward coast of O‘ahu in the Hawaiian Islands. They are also commonly known as "The Moks" (rhymes with "smokes") or the "Twin Islands". The islets are often photographed, and are located about .75 miles off Lanikai, a neighborhood of Kailua, Hawai‘i. The larger island (on the left when looking from Lanikai) is Moku Nui and the smaller, Moku Iki.

Lanikai Beach is located in Lanikai, a neighborhood within Kailua, on the windward coast of Oahu, Hawaii. This small 0.5 mile beach has been constantly ranked among the best beaches in the world. Adjacent to Lanikai Beach is a primarily upper-class residential area, because of this it is only accessible through public beach access paths. Although the beach itself is public property, it is not state land and is not a county beach park like many beaches in Hawaii.

These are some bigger and more relevant cities in the wider vivinity of Lanikai.