Luxembourg in Ville de Luxembourg (Luxembourg) with it's 76,684 habitants is located in Luxembourg. It's the capital of this country.

Current time in Luxembourg is now 11:04 AM (Thursday). The local timezone is named Europe / Luxembourg with an UTC offset of one hour. We know of 10 airports close to Luxembourg, of which 3 are larger airports. The closest airport in Luxembourg is Luxembourg-Findel International Airport in a distance of 4 mi (or 6 km), East. Besides the airports, there are other travel options available (check left side).

There are several Unesco world heritage sites nearby. The closest heritage site in Luxembourg is City of Luxembourg: its Old Quarters and Fortifications in a distance of 0 mi (or 0 km), South-East. If you need a hotel, we compiled a list of available hotels close to the map centre further down the page.

While being here, you might want to pay a visit to some of the following locations: Walferdange, Hesperange, Strassen, Steinsel and Roeser. To further explore this place, just scroll down and browse the available info. 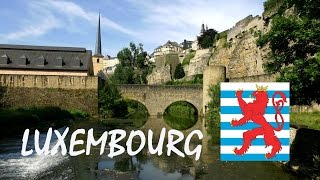 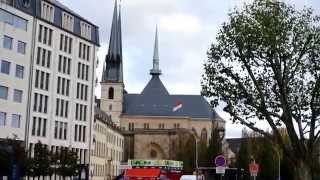 Things to do in Luxembourg City.

The city of Luxembourg is a commune with city status, and the capital of the Grand Duchy of Luxembourg. It stands at the confluence of the Alzette and Pétrusse Rivers in southern Luxembourg....

Discover the Luxembourg West region by MTB. Unique landscapes, challenging Mountainbiketracks, beautiful cultural heritage and a lot of fun are waiting for you. More infos : www.biketours.lu... 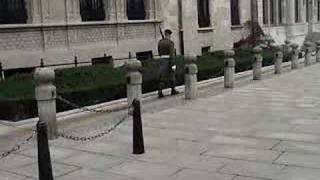 Guard of the Grand Ducal Palace of Luxembourg City 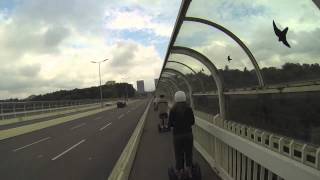 Video is accelerated to 8x the original speed. 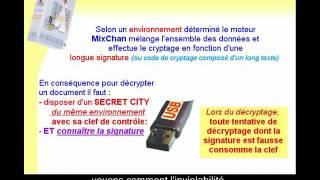 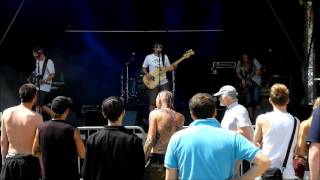 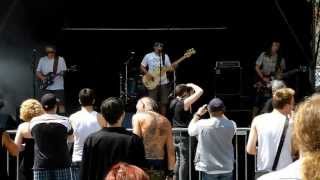 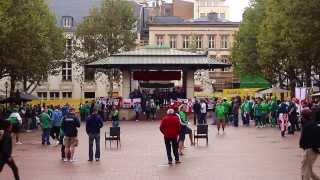 In the main square before the footie game. 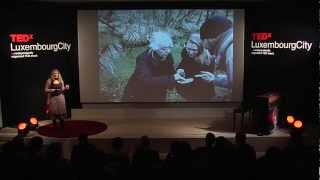 Scenes from a Romanian village: Katy Fox at TEDxLuxembourgCity

Dr Katy Fox is a social anthropologist passionate about social and cultural transformation. Her doctoral research concerned itself with the impacts of EU agriculture policy on the lives of...

Notre-Dame Cathedral is the Roman Catholic Cathedral of Luxembourg City, in southern Luxembourg. It was originally a Jesuit church, and its cornerstone was laid in 1613. It is the only cathedral in Luxembourg. The church is a noteworthy example of late gothic architecture; however, it also has many Renaissance elements and adornments. At the end of the 18th century, the church received the miraculous image of the Maria Consolatrix Afflictorum, the patron saint of both the city and the nation.

The Duchy of Luxembourg was a state of the Holy Roman Empire, the ancestral homeland of the noble House of Luxembourg. The House of Luxemburg, now actually the Duke of Limburg, became one of the most important political forces in the 14th century, contending with the House of Habsburg for supremacy in Central Europe.

Ville Haute is a quarter in central Luxembourg City, in southern Luxembourg. In 2001, the quarter had a population of 2,686 people. It is the historical center of Luxembourg City and is involved in its UNESCO World Heritage Site status. Ville Haute is home to prestigious places, buildings and monuments such as Place Guillaume II, Place d'Armes, Notre-Dame Cathedral and Grand Ducal Palace.

The Monument of Remembrance (French: Monument du souvenir), usually known by the nickname of the Gëlle Fra (Luxembourgish for 'Golden Lady'), is a war memorial in Luxembourg City, in southern Luxembourg. It is dedicated to the thousands of Luxembourgers who volunteered for service in the armed forces of the Allied Powers during World War I. The Gëlle Fra is situated in Constitution Square, in the Ville Haute quarter of central Luxembourg City.

Krautmaart (French: rue du Marché aux Herbes) is an irregularly-shaped broad street in Luxembourg City, in southern Luxembourg. It is situated in Ville Haute, the historic heart of the city. It lies to the east of Place Guillaume II, across the rue du Fossé. As the Chamber of Deputies building is located on Krautmaart, 'Krautmaart' is used as a metonym for the Luxembourgian legislature. Despite this, it is the adjoining Grand Ducal Palace that dominates Krautmaart.

Place Guillaume II is a town square in Luxembourg City, in southern Luxembourg. The square lies to the west of Krautmaart and to the north of Boulevard Franklin Delano Roosevelt in the heart of Luxembourg's historic Ville Haute quarter. It is colloquially known as Knuedler, from the Luxembourgish language's word for 'knot', referring to the knot in the belt worn by Franciscan friars.

The Luxembourg Stock Exchange (French: Bourse de Luxembourg) is a stock exchange based in Luxembourg City, in southern Luxembourg. The Exchange is located on avenue de la Porte-Neuve, . The Chairman of the Board is Frank Wagener and the President of the Executive Committee and Chief Executive Officer is Robert Scharfe.

The Cercle Municipal or Cercle-Cité is a building in Luxembourg City, in southern Luxembourg, It is located at the eastern end of the Place d'Armes, in the historic central Ville Haute quarter of the city.

Théâtre des Capucins is a theatre in Luxembourg City, Luxembourg. It's part ot the Théâtres de la Ville de Luxembourg. Directed by Frank Feitler, the Capucin Theater is located in the heart of the Old Town. It puts on performances in German, French and Luxembourgish. <

The Place d'Armes is a square in Luxembourg City in the south of the Grand Duchy of Luxembourg. Centrally placed in the old town, it attracts large numbers of locals and visitors, especially in the summer months. It originally served as a parade ground for the troops defending the city.

These districts belong to Luxembourg.

These are some bigger and more relevant cities in the wider vivinity of Luxembourg.