Kirchberg in Ville de Luxembourg (Luxembourg) with it's 3,534 inhabitants is located in Luxembourg a little north-east of Luxembourg, the country's capital.

Local time in Kirchberg is now 08:51 AM (Sunday). The local timezone is named Europe / Luxembourg with an UTC offset of 2 hours. We know of 11 airports in the wider vicinity of Kirchberg, of which 4 are larger airports. The closest airport in Luxembourg is Luxembourg-Findel International Airport in a distance of 3 mi (or 4 km), East. Besides the airports, there are other travel options available (check left side).

There are several Unesco world heritage sites nearby. The closest heritage site in Luxembourg is City of Luxembourg: its Old Quarters and Fortifications in a distance of 1 mi (or 2 km), South-West. If you need a place to sleep, we compiled a list of available hotels close to the map centre further down the page.

Depending on your travel schedule, you might want to pay a visit to some of the following locations: Luxembourg, Walferdange, Hesperange, Steinsel and Sandweiler. To further explore this place, just scroll down and browse the available info. 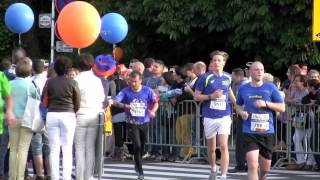 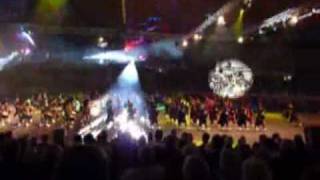 Massed Pipes and Drums playing out to Scotland the Brave. 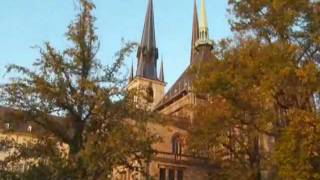 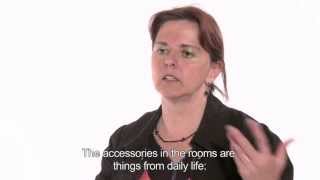 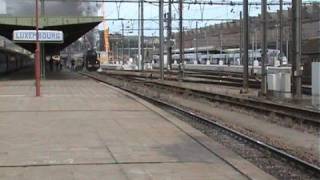 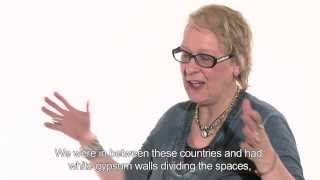 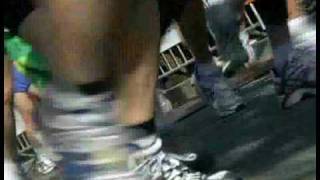 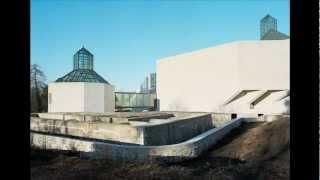 Kirchberg or the Kirchberg is a quarter in north-eastern Luxembourg City, in southern Luxembourg. It consists of a plateau situated to the north-east of the city centre, Ville Haute. In 2001, the quarter had a population of 3,534 people distributed over its residential areas.

European School of Luxembourg I

The Grand Duke Jean Museum of Modern Art (French: Musée d'art moderne Grand-Duc Jean), abbreviated to Mudam, is a museum of modern art in Luxembourg City, in southern Luxembourg. The museum stands on the site of the old Fort Thüngen, in the Kirchberg quarter, in the north-east of the city.

Cents is a quarter in eastern Luxembourg City, in southern Luxembourg. In 2001, the quarter had a population of 3,228 people.

The National Sporting and Cultural Centre (French: Centre National Sportif et Culturel), better known as d'Coque, is an indoor arena in Kirchberg, a quarter of Luxembourg City, in southern Luxembourg. The sports centre begun to be built as an addition to the already built Olympic Swimming pool, at the end of the 1990s. D'Coque is the largest sports venue in Luxembourg, being capable of holding 8,300 people.

Luxembourg-Cents is a football stadium on Cents, a quarter of Luxembourg City, in southern Luxembourg. It is currently the home stadium of FC RM Hamm Benfica. The stadium has a capacity of 2,800.

Court of Justice of the European Union

Luxinnovation is the National Agency for Innovation and Research of Luxembourg. It offers a wide variety of services to Luxembourg-based bodies from both the private and the public sector (large companies, small and medium enterprises, educational foundations, research centres, scientific & technological institutes etc. ) as well as individuals (scientists, researchers, entrepreneurs, students).

La Fontaine Castle (French: Château La Fontaine, German: Schloss La Fontaine Luxembourgish: Schlass La Fontaine) is the name of a former castle which was located in Clausen, Luxembourg. The sumptuous building was the residence of Peter Ernst I von Mansfeld-Vorderort, governor of Luxembourg, who began its construction in 1563 and continued to extend it until his death in 1604. For this reason it is also known as the Palais Mansfeld or Mansfeld Palace.

These are some bigger and more relevant cities in the wider vivinity of Kirchberg.

This place is known by different names. Here the ones we know:
Kirchberg, Luxembourg-Kirchberg