Jakuševec in Grad Zagreb is located in Croatia a little south-east of Zagreb, the country's capital.

Local time in Jakuševec is now 02:34 AM (Friday). The local timezone is named Europe / Zagreb with an UTC offset of 2 hours. We know of 11 airports in the wider vicinity of Jakuševec, of which 5 are larger airports. The closest airport in Croatia is Zagreb Airport in a distance of 3 mi (or 5 km), South-East. Besides the airports, there are other travel options available (check left side).

There are two Unesco world heritage sites nearby. The closest heritage site in Croatia is Plitvice Lakes National Park in a distance of 64 mi (or 103 km), South. If you need a place to sleep, we compiled a list of available hotels close to the map centre further down the page.

Depending on your travel schedule, you might want to pay a visit to some of the following locations: Zagreb, Velika Gorica, Kravarsko, Poljanica Bistranska and Gornja Stubica. To further explore this place, just scroll down and browse the available info. 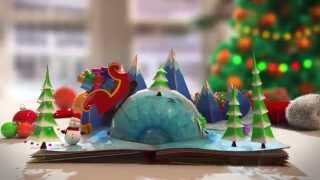 We wish you a special Merry Christmas and a very happy New Year! :) Visit us at: http://www.evision.hr. 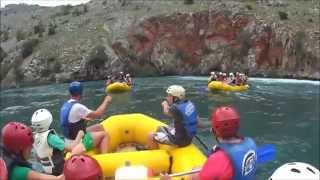 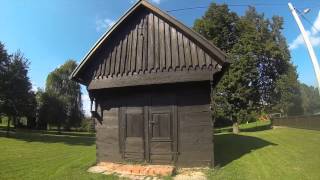 A wooden chapel of St. Barbara in Velika Mlaka is the most attractive and certainly the most representative example of wooden church architecture in Croatia. The chapel was built in 1642 and... 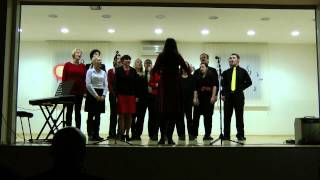 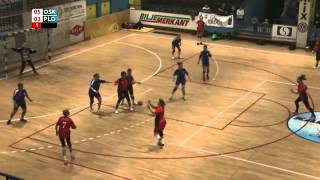 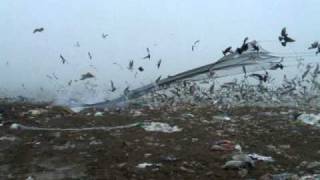 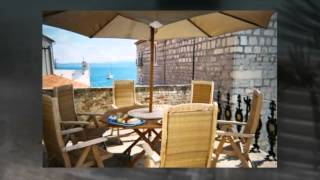 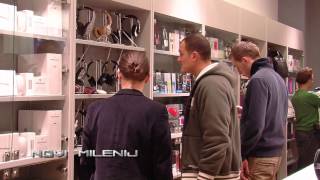 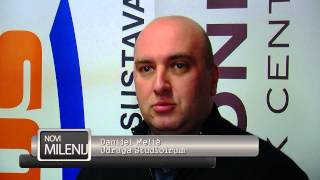 Sopot is a residential neighbourhood of Zagreb, Croatia. It is part of the Novi Zagreb - istok district and it has a population of 8,741. Sopot was one of the earliest parts of Novi Zagreb to be built. It consists almost entirely of tower blocks and blocks of flats between which grow birch trees and poplars. The tram route for the No 7 and 14 trams runs along its northern edge and the No 6 has its turning point here.

Novi Zagreb – istok (English: New Zagreb – east) is a neighbourhood in Zagreb, Croatia. Within this neighbourhood in the quarter of Travno lies Mamutica, which was built to be the largest communal housing block in southeast Europe. Mamutica towers above other blocks of flats so that the impression is given that it must be on a hill even though the entire area is a flat plain. The neighborhood is served by the Gustav Krklec school (grades 1–8).

Mamutica is the largest building (by volume) in Zagreb and Croatia, as well as one of the largest apartment blocks in Europe. This apartment complex was built in 1974 in Eastern Novi Zagreb, in the quarter of Travno. It is the Croatian version of the panelák or plattenbau. The building is about 240 m long, 70 m high and has 20 floors. There are 1,263 apartments in the building, home to about 5,000 people.

Slavonska Avenue is a controlled-access avenue in Zagreb, Croatia. It is the longest street in Zagreb, being 18 km long. It mostly has a 70 km/h speed limit, although the speed is limited to 100 km/h on a short section near the Ivanja Reka interchange with the Zagreb bypass and to 130 km/h on the section between the Ivanja Reka interchange and Zagreb city limits. In 2007 the avenue was proclaimed to be the most accident-prone road in Zagreb. The avenue is an important east-west arterial road.

Utrine (also Utrina) is a residential neighborhood located in the Novi Zagreb - istok city district of Zagreb, Croatia. It is bordered by Dubrovnik Avenue in the north, Germany Avenue in the west, Ukrajinska Avenue in the south and Sarajevska Road in the east. It has a population of 9,166 (2009). It is best known for its farmers' market. The neighborhood is also the site of the largest dog park in Zagreb, opened in 2012. Utrine is served by ZET tram lines 6, 7, 8 and 14.

Jakuševec (sometimes also Jakuševac) is a neighborhood in the Novi Zagreb – istok city district of Zagreb, the capital of Croatia. Located on Sajmišna Road east of Sarajevska Road and Utrine, Travno and Dugave apartment block complexes, the neighborhood is mostly uninhabited, with an area of 455,21 ha and a total population of around 2,000.

Zagreb mosque is the largest mosque in Croatia. Within mosque operates cultural center and Islamic Secondary School "Dr. Ahmed Smajlović". The construction began in 1981 and mosque was completed 1987. In 1983 in visit to Islamic Community in Zagreb came to sultan of Sharjah Sultan bin Mohamed Al-Qasimi who was donated 2 500 000 $ for the construction of mosque.

Located at 45.7914, 16.0114 (Lat. / Lng.), about 2 miles away.
Wikipedia Article, Homepage
Bosniaks of Croatia, Religious buildings completed in 1987, Buildings and structures in Zagreb, Islam in Croatia

These are some bigger and more relevant cities in the wider vivinity of Jakuševec.

This place is known by different names. Here the ones we know:
Jakuševeo, Jakuševec