Safety Score: 3,7 of 5.0 based on data from 9 authorites. Meaning please reconsider your need to travel to Croatia.

Pula in Grad Pula (Istarska Županija) with it's 59,078 citizens is a place in Croatia about 122 mi (or 197 km) south-west of Zagreb, the country's capital city.

Current time in Pula is now 05:52 PM (Friday). The local timezone is named Europe / Zagreb with an UTC offset of 2 hours. We know of 12 airports near Pula, of which 5 are larger airports. The closest airport in Croatia is Pula Airport in a distance of 4 mi (or 6 km), North-East. Besides the airports, there are other travel options available (check left side).

There are several Unesco world heritage sites nearby. The closest heritage site in Croatia is Episcopal Complex of the Euphrasian Basilica in the Historic Centre of Poreč in a distance of 28 mi (or 45 km), North-West. If you need a hotel, we compiled a list of available hotels close to the map centre further down the page.

While being here, you might want to pay a visit to some of the following locations: Fazana, Vodnjan, Medulin, Liznjan and Marcana. To further explore this place, just scroll down and browse the available info. 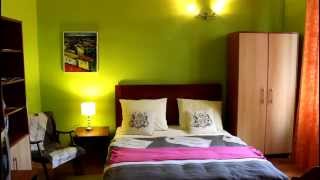 Absolutely lovely apartment in Pula city centre. Ideal location for city break and it is close to all amenities. Free wifi, washing machine and small kitchen are few extras what will make your... 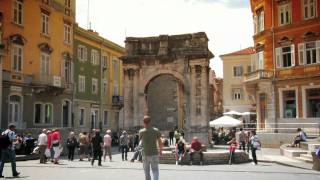 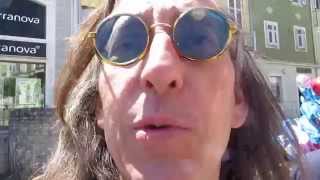 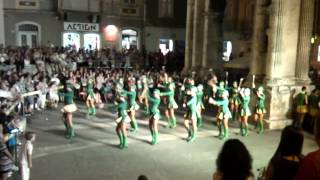 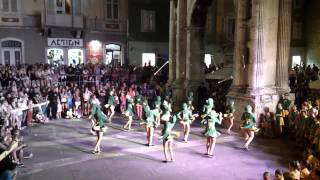 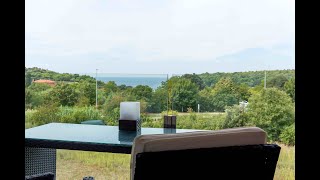 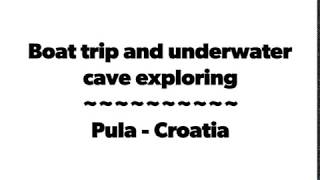 Boat trip on the Zlanti rat around the islands near pula and medulin. 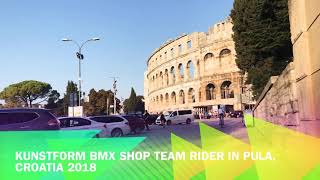 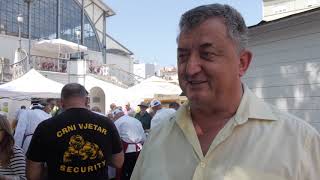 The Pula Arena is the name of the amphitheatre located in Pula, Croatia. The Arena is the only remaining Roman amphitheatre to have four side towers and with all three Roman architectural orders entirely preserved. It was constructed in 27 BC - 68 AD and is among the six largest surviving Roman arenas in the World. A rare example among the 200 Roman surviving amphitheatres, it is also the best preserved ancient monument in Croatia.

SMS Viribus Unitis  was the first Austro-Hungarian dreadnought battleship of the Tegetthoff class. Its name, meaning "With United Forces", was the personal motto of Emperor Franz Joseph I. Viribus Unitis was ordered by the Austro-Hungarian navy in 1908. As the first of the newly created Tegetthoff-class battleships, she was laid down in Stabilimento Tecnico Triestino shipyard in Trieste on 24 July 1910.

Located at 44.8692, 13.8192 (Lat. / Lng.), about 1 miles away.
Wikipedia Article
Tegetthoff-class battleships, Ships built in Trieste, 1911 ships, World War I battleships of Austria-Hungary, Maritime incidents in 1918, World War I shipwrecks in the Adriatic

Aldo Drosina Stadium is a multi-use stadium in Pula, Croatia. It is currently used mostly for football matches and is the home ground of NK Istra 1961 and NK Istra. The stadium holds 9,200 people. From March 2009 to January 2011 the stadium has undergone a major reconstruction. The west stand was completely demolished and redesigned, a roof over the west stand was added. New Seats replaced bench seating all around the stadium, and the three existing stands were cleaned up.

The Juraj Dobrila University of Pula (Croatian: Sveučilište Jurja Dobrile u Puli, Latin: Universitas studiorum Polensis Georgii Dobrila) is a university in Pula, Croatia. It was founded in 2006 and is organised in five departments.

Located at 44.8662, 13.8525 (Lat. / Lng.), about 0 miles away.
Wikipedia Article, Homepage
Universities in Croatia, Buildings and structures in Pula, Educational institutions established in 2006, 2006 establishments in Croatia

German submarine U-81 was a Type VIIC U-boat of the Nazi German Kriegsmarine during World War II.

Mate Parlov Sport Centre is a multi-functional hall in Pula. It is the home venue of the RK Arena handball team. Currently the arena has a capacity of 2,312 seats.

Located at 44.8578, 13.8353 (Lat. / Lng.), about 1 miles away.
Wikipedia Article
Indoor arenas in Croatia, Handball venues in Croatia, Event venues established in 1978, Buildings and structures in Pula

The Pula Cathedral or fully the Cathedral of the Assumption of the Blessed Virgin Mary is a co-cathedral in Pula, Croatia. Along with the Euphrasian Basilica it is one of the two official seats of the Roman Catholic Diocese of Poreč and Pula. The church is located on the south side of the Pula bay at the foot of the hill with the 17th century Venetian fort.

These are some bigger and more relevant cities in the wider vivinity of Pula.