Knin in Knin (Šibensko-Kninska Županija) with it's 11,182 habitants is located in Croatia about 123 mi (or 198 km) south of Zagreb, the country's capital town.

Current time in Knin is now 12:26 AM (Sunday). The local timezone is named Europe / Zagreb with an UTC offset of 2 hours. We know of 10 airports close to Knin, of which 3 are larger airports. The closest airport in Croatia is Split Airport in a distance of 35 mi (or 56 km), South. Besides the airports, there are other travel options available (check left side).

There are several Unesco world heritage sites nearby. The closest heritage site in Croatia is The Cathedral of St James in Šibenik in a distance of 26 mi (or 42 km), South-West.

While being here, you might want to pay a visit to some of the following locations: Biskupija, Oklaj, Kijevo, Drnis and Bosansko Grahovo. To further explore this place, just scroll down and browse the available info. 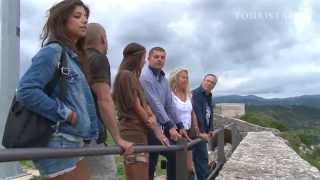 King Dmitar Zvonimir and Queen Jelena were officially greeted us and allowed us to get to know the history from the 9th century. Knin fortress, the largest Croatian fortification monument and... 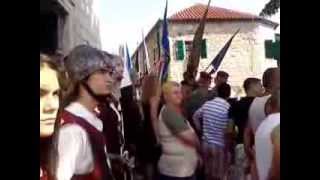 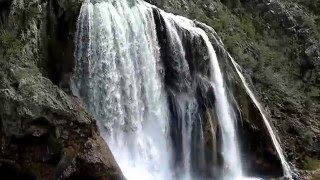 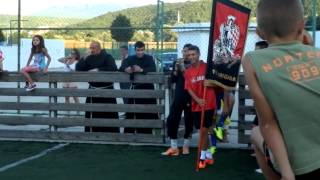 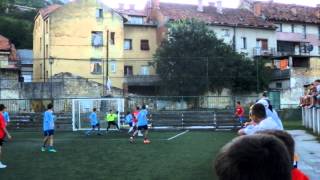 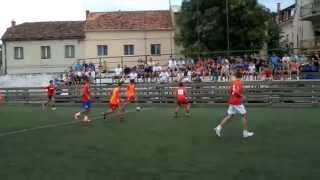 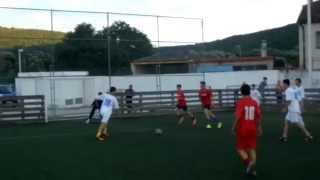 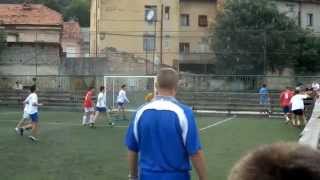 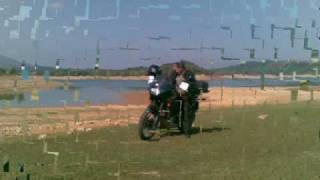 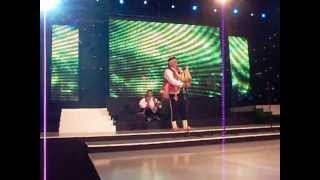 Operation Storm was the last major battle of the Croatian War of Independence. It was a decisive victory of the Croatian Army (HV) which attacked across a 630-kilometre frontage against the Republic of Serbian Krajina (RSK). The HV was supported by the Croatian special police advancing from the Velebit Mountain, and the Army of the Republic of Bosnia and Herzegovina (ARBiH) located in the Bihać pocket, in the RSK's rear.

Knin is a historical town in the Šibenik-Knin county of Croatia, located near the source of the river Krka at {{#invoke:Coordinates|coord}}{{#coordinates:44|02|18|N|16|11|59|E| | |name= }}, in the Dalmatian hinterland, on the railroad Zagreb – Split. Knin rose to prominence twice in history, as a one-time capital of both the Kingdom of Croatia and briefly of the self proclaimed Republic of Serbian Krajina.

Located at 44.0383, 16.1997 (Lat. / Lng.), about 0 miles away.
Wikipedia Article, Homepage
Cities and towns in Croatia, Roman towns and cities in Croatia, Kingdom of Croatia, Former capitals of Croatia, Šibenik-Knin County

Krčić Hydroelectric Power Plant is a hydroelectric power plant on river Krka, located in Šibenik-Knin County, in central Dalmatia, Croatia. Krčić is classified by its operator Hrvatska elektroprivreda as a very small power plant, as it produces a yearly average of 1 GWh. It is located on the Krka River spring, under the Topolje waterfall in the Kovačići village, approximately 4.5 km northeast from Knin.

Knin camp was a detention camp run by rebel Serbs in Knin, then still part of the puppet state of Republika Srpska Krajina, that held Croatian detainees, soldiers and civilians, from 1991 until 1992, during the Croatian War of Independence. It consisted out of at least two facilities. The ICTY stated that a prison in Knin, run by the Yugoslav People's Army, held approximately 150 detainees, while the old hospital in Knin, run by “Martic’s Militia”, held approximately 120 detainees.

These districts belong to Knin.

These are some bigger and more relevant cities in the wider vivinity of Knin.