Bursa
in Osmangazi of Bursa, Turkey

Time in Bursa is now 11:20 PM (Sunday). The local timezone is named Europe / Istanbul with an UTC offset of 3 hours. We know of 11 airports nearby Bursa, of which 5 are larger airports. The closest airport in Turkey is Bursa Airport in a distance of 4 mi (or 6 km), North-West. Besides the airports, there are other travel options available (check left side).

There are two Unesco world heritage sites nearby. The closest heritage site in Turkey is Bursa and Cumalıkızık: the Birth of the Ottoman Empire in a distance of 1 mi (or 1 km), South. We collected 1 points of interest near this location. Need some hints on where to stay? We compiled a list of available hotels close to the map centre further down the page.

Being here already, you might want to pay a visit to some of the following locations: Osmangazi, Yildirim, Demirtas, Gursu and Cali. To further explore this place, just scroll down and browse the available info. 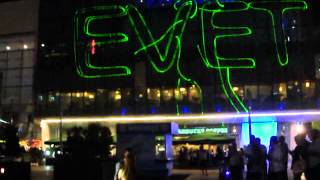 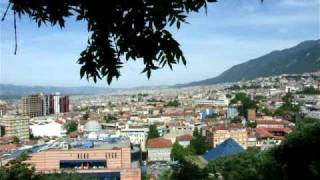 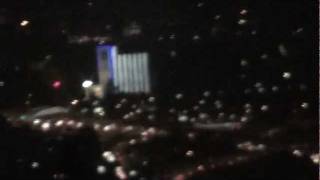 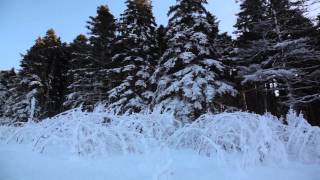 Osmangazi; the legendary city where history and nature meet. 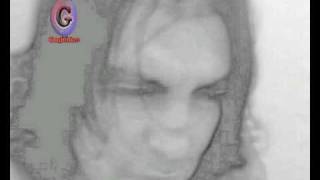 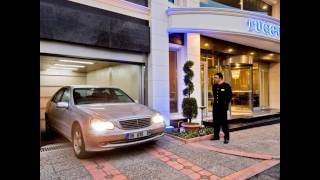 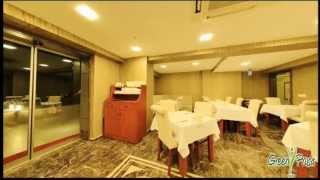 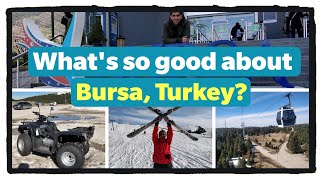 Like many other cities in Turkey, Bursa is an amazingly beautiful place, attracting tourists from around the world. It is a large city in northwest Turkey, lying in the ...

Bursa Atatürk Sport Hall (Turkish: Bursa Atatürk Spor Salonu) is a multi-purpose indoor sport venue located in the district of Altıparmak, Osmangazi in Bursa, Turkey. The hall, with a capacity for 3,000 people, was built in 1972. Home of four clubs Tofaş SAS, Oyak Renault Basketball, Yeşim SK and Uludağ Üniversitesi SK, it is the biggest indoor sport hall in Bursa, where competitions of basketball, volleyball and handball are held.

Bursa Atatürk Stadium (Turkish: Bursa Atatürk Stadyumu) is a multi-purpose stadium in Bursa, Turkey. It is currently used mostly for football matches and is the home ground of Bursaspor. The stadium holds 25,213 and was built in 1979. A stadium has existed on this site since 1930 when a stand with a capacity of 300 was built for an amateur football club.

Complex of Mehmed I

The Complex of Mehmed I, aka Yeşil Complex, is a large Ottoman complex of religious buildings in Bursa, Turkey built by Sultan Mehmed I Çelebi and completed in 1420. The complex is one of the last in a series of royal mosque complexes in Bursa starting with the Orhaniye Complex in the 14th century and ending with the Muradiye Complex completed in 1447. The complex includes the Yeşil Mosque, a madrasah, bath house, soup kitchen, and Yeşil Türbe (the tomb of Mehmed I Çelebi).

Yeşil Mosque (Turkish: Yeşil Cami, "Green Mosque"), also known as Mosque of Mehmed I, is a part of the larger complex located on the east side of Bursa, Turkey, the former capital of the Ottoman Turks before they captured Constantinople in 1453. The complex consists of a mosque, türbe, madrasah, kitchen and bath.

Bayzid I Mosque (Turkish; Yıldırım Camii or Yıldırım Bayezid Camii) is a historic mosque in Bursa, Turkey, that is part of the large complex built by the Ottoman Sultan Bayezid I (Yıldırım Bayezid - Bayezid the Thunderbolt) between 1391-1395. It is situated in Bursa metropolitan district of Yıldırım, also named after the same sultan. It went under extensive renovation following the 1855 Bursa earthquake.

Emir Sultan Mosque (Turkish: Emir Sultan Camii) is a mosque in Bursa, Turkey. First built in the 14th century, it was rebuilt in 1804 upon the orders of the Ottoman Sultan Selim III, and re-built again in 1868, along slightly varying plans each time. Emir Sultan, also known as Şemseddin Mehmed Ali el-Hüseyin el Buhari, was a dervish and scholar from Bukhara and also the advisor and son-in-law of the Ottoman Sultan Sultan, Bayezid I.

The Muradiye Complex or the Complex of Sultan Murad II, the Ottoman sultan who ruled 1421-1451, is located in the city of Bursa in Turkey. Sultan Murat II was the last of the Ottoman sultans to reign in the original Ottoman capitol of Bursa, previous to the conquest of Constantinople in 1453. There are twelve tombs in the complex, all belonging to relatives of this sultan. Construction of the complex began after the completion of the Yeşil Mosque, which is in the eastern area of Bursa.

Bursa Grand Mosque or Ulu Cami is a mosque in Bursa, Turkey. Built in the Seljuk style, it was ordered by the Ottoman Sultan Bayezid I and built between 1396 and 1399. The mosque has 20 domes and 2 minarets.

These are some bigger and more relevant cities in the wider vivinity of Bursa.