Ankara in Ankara with it's 3,517,182 habitants is located in Turkey. It's the capital of this country.

Current time in Ankara is now 06:40 AM (Sunday). The local timezone is named Europe / Istanbul with an UTC offset of 3 hours. We know of 9 airports close to Ankara, of which 3 are larger airports. The closest airport in Turkey is Esenboğa International Airport in a distance of 16 mi (or 26 km), North-East. Besides the airports, there are other travel options available (check left side).

There is one Unesco world heritage site nearby. It's City of Safranbolu in a distance of 93 mi (or 150 km), North. We encountered 1 points of interest near this location. If you need a hotel, we compiled a list of available hotels close to the map centre further down the page.

While being here, you might want to pay a visit to some of the following locations: Mamak, Pursaklar, Golbasi, Etimesgut and Kazan. To further explore this place, just scroll down and browse the available info. 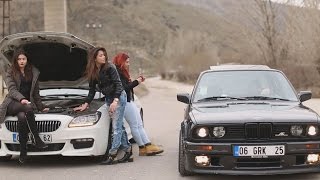 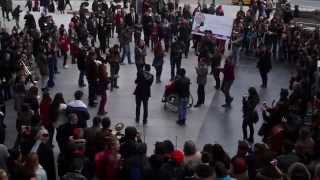 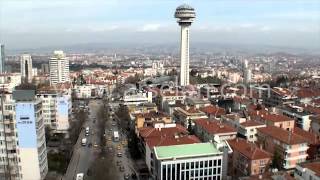 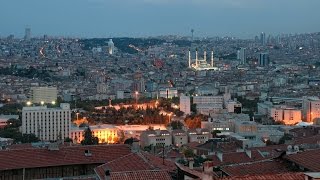 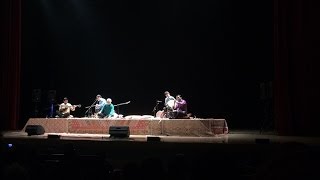 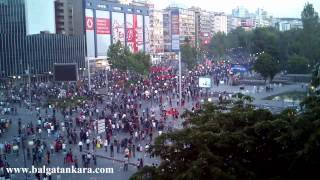 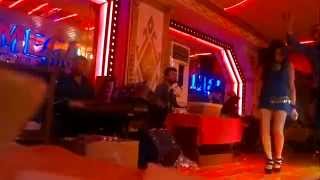 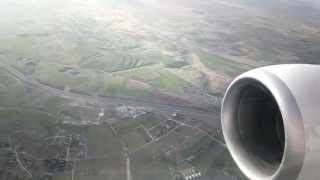 Outside view from seat number 7F. 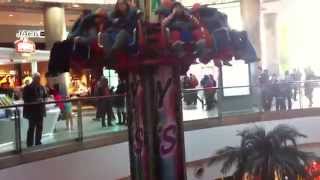 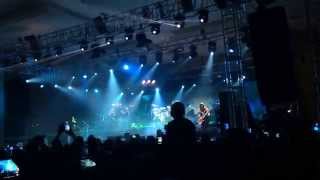 The Grand National Assembly of Turkey (TBMM, Turkish: Türkiye Büyük Millet Meclisi), usually referred to simply as the Meclis ("parliament"), is the unicameral Turkish legislature. It is the sole body given the legislative prerogatives by the Turkish Constitution. It was founded in Ankara on 23 April 1920 in the midst of the Turkish War of Independence.

The State Art and Sculpture Museum is a museum dedicated to fine arts and sculpture in Ankara, Turkey. It was designed in 1927 by architect Arif Hikmet Koyunoğlu and built between 1927 and 1930 as the Türkocağı Building, upon the direction of Mustafa Kemal Atatürk, the founder and first President of Turkey. It is located close to the Ethnography Museum and houses a rich collection of Turkish art from the late 19th century to the present day. There are also galleries for guest exhibitions.

The Ethnography Museum of Ankara is a museum of ethnography dedicated to the cultures Turkish civilizations. The building was designed by architect Arif Hikmet Koyunoğlu and was built between 1925 and 1928. The museum temporarily hosted the sarcophagus of Mustafa Kemal Atatürk from November 21, 1938 until November 10, 1953, during the period of the construction of Anıtkabir, its final resting place.

The Kocatepe Mosque is the largest mosque in Ankara, the capital of Turkey. It was built between 1967 and 1987 in the Kocatepe quarter in Kızılay, and its size and prominent situation have made it a landmark that can be seen from almost anywhere in central Ankara.

Ankara Opera House of the Turkish State Opera and Ballet is the largest of the three venues for opera and ballet in Ankara, Turkey, the other two being Leyla Gencer Sahnesi in Ostim and Operet Sahnesi (Operetta Theater) in Sıhhiye. The building was originally designed by the Turkish architect Şevki Balmumcu as an exhibition center, who came first in an international competition for the project in 1933.

7th Street or Aşgabat Street is a popular street in Ankara, Turkey. There are many cafes, restaurants and shops. It is located in the heart of the city, in Bahçelievler.

125. Yıl Çayyolu Sahnesi is a theatre in Ankara, Turkey. It is operated by the Turkish State Theatres.

Kızılay is a neighborhood in Ankara, mostly known for its trading and shopping centers. It is named after Kızılay Derneği hospital which is located in this district. There are also many retail shops and small grocery stores along the main road. There is a large area of restaurants and bars with outdoor seating. There are very popular fish markets and restaurants too as well as an outdoor flower market.

The TCDD Open Air Steam Locomotive Museum (Turkish: TCDD Açık Hava Buharlı Lokomotif Müzesi) is a railroad museum in the Maltepe district of Ankara, Turkey, which traces the history of steam locomotives. The museum is owned and operated by the Turkish State Railways (TCDD). It is part of the Ankara Railway Museum, which consists of also Ankara Railway History Museum, Atatürk's Car and Railway Art Museum.

The General Directorate of Highways (Turkish: Türkiye Cumhuriyeti Karayolları Genel Müdürlüğü) (KGM) is a state agency in charge of the construction and maintenance of all public roadways outside of cities and towns in Turkey. It was established on March 1, 1950 following the acceptance of the International Highways Act in 1949. The agency is a sub unit of the Ministry of Transport and Communication. Current head of the agency is Mehmet Cahit Turhan.

State Planning Organization (Turkish: Devlet Planlama Teşkilatı, DPT), founded in September 30, 1960 and affiliated to the Prime Ministry, was one of the most important governmental organizations in Turkey. Its principal tasks were to provide advice to the government on determination of economic, social and cultural goals of the state, and to design Five-Years Plans according to the goals set by the government.

These districts belong to Ankara.

These are some bigger and more relevant cities in the wider vivinity of Ankara.