Alanya
in Alanya of Antalya, Turkey

Local time in Alanya is now 05:07 AM (Sunday). The local timezone is named Europe / Istanbul with an UTC offset of 3 hours. We know of 9 airports in the wider vicinity of Alanya, of which 5 are larger airports. The closest airport in Turkey is Gazipaşa Airport in a distance of 24 mi (or 38 km), South-East. Besides the airports, there are other travel options available (check left side).

There are two Unesco world heritage sites nearby. The closest heritage site in Turkey is Neolithic Site of Çatalhöyük in a distance of 90 mi (or 145 km), North-East. If you need a place to sleep, we compiled a list of available hotels close to the map centre further down the page.

Depending on your travel schedule, you might want to pay a visit to some of the following locations: Guzelbag, Demirtas, Koprulu, Eksere and Guzelsu. To further explore this place, just scroll down and browse the available info. 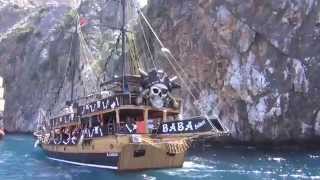 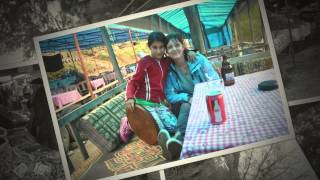 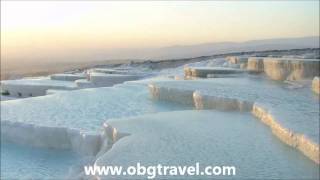 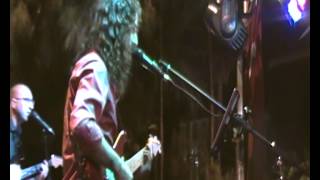 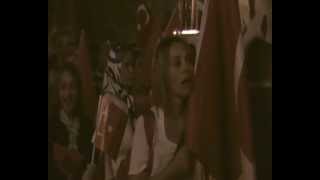 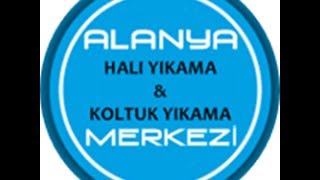 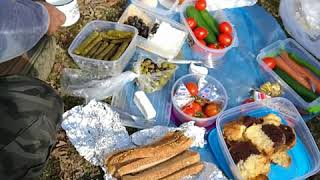 Alanya, formerly Alaiye, is a beach resort city and a component district of Antalya Province in the Mediterranean Region of Turkey, 166 kilometres from the city of Antalya. On the southern coast of Turkey, the district (which includes the city and its built-up area) has an area of 1,598.51 km and (2010 Census) 248,286 inhabitants (city 98,627).

The Kızıl Kule (Red Tower) is a historical tower in the Turkish city of Alanya. The building is considered to be the symbol of the city, and is even used on the .

Alaiye (علائية) is the medieval Seljuq name for Alanya (on the southern coast of Turkey). The city name is derived from the name of Sultan Kayqubad I. It refers to the city-state in a specific period and the beylik which developed around there, at times under the Karamanid dynasty. After the 1242 Battle of Köse Dağ, the Seljuqs lost control of the city, and it became semi-autonomous.

Alanya Castle (Alanya Kalesi) is a medieval castle in the southern Turkish city of Alanya.

The Battle of Korakesion, also known as the Battle of Coracesium, was a naval battle fought in 67 BC between the pirates of Cilicia and Pompey of ancient Rome. Plutarch describes it as the key battle of Pompey's clearing of the Mediterranean of pirates after several smaller battles. He writes of the battle that the pirates had about one thousand ships (almost certainly an exaggeration) against Pompey's two hundred, but were defeated in the initial naval engagement.

Located at 36.5337, 31.9958 (Lat. / Lng.), about 1 miles away.
Wikipedia Article, Homepage
Alanya, Buildings and structures of the Ottoman Empire, Georgetown University programs, Universities and colleges in Turkey

Başkent University Medical and Research Center of Alanya is a medical and research center in Alanya, Turkey. It is one of the Başkent University hospitals in Turkey. The center was opened on 10 July 2000. The center has a certificate of ISO-EN 9001:2000 Quality system. There are nearly 100 beds in the Block B and policlinics in the Block A. There's also a dialysis center within. It has nearly 450 personnel.

Çarşı (spelled Tsharshi = the Market place), is geographically the old center of the municipality of Beşiktaş (beshiktash = the stone on the cradle) a part of central Istanbul, Turkey. Indeed, the area is composed of a maze of tiny streets. The area of Çarşı is delimited as follow : - south : Bosphorus straight - west : Ortabahçe Caddesi (Middle Garden Av. ) continuing as Ihlamur Caddesi (Linden Tea Av.

These districts belong to Alanya.

These are some bigger and more relevant cities in the wider vivinity of Alanya.