Current time in İzmir is now 03:53 PM (Tuesday). The local timezone is named Europe / Istanbul with an UTC offset of 3 hours. We know of 12 airports close to İzmir, of which 5 are larger airports. The closest airport in Turkey is Adnan Menderes International Airport in a distance of 8 mi (or 13 km), South. Besides the airports, there are other travel options available (check left side).

There are several Unesco world heritage sites nearby. The closest heritage site in Turkey is Pergamon and its Multi-Layered Cultural Landscape in a distance of 49 mi (or 79 km), North. If you need a hotel, we compiled a list of available hotels close to the map centre further down the page.

While being here, you might want to pay a visit to some of the following locations: Buca, Karsiyaka, Bayrakli, Gaziemir and Bornova. To further explore this place, just scroll down and browse the available info. 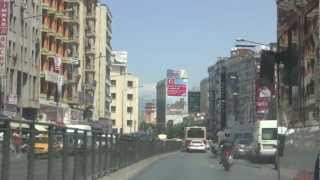 Izmir is a large metropolis in the western extremity of Anatolia and the third most populous city in Turkey. Izmir metropolitan area extends along the outlying waters of the Gulf of İzmir... 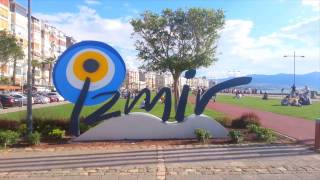 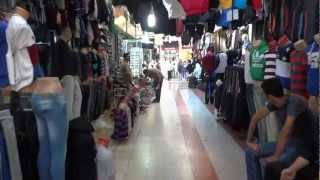 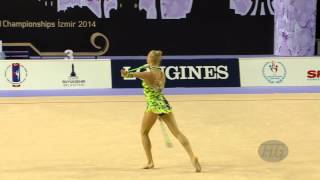 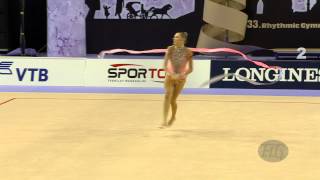 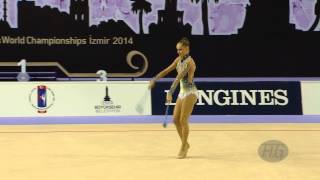 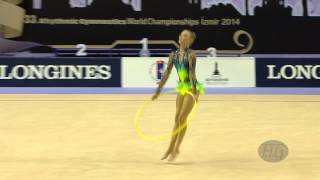 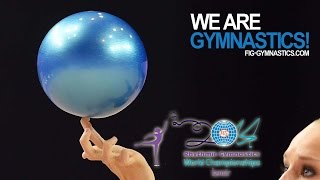 2014 Rhythmic Worlds, Izmir (TUR) - With the All-Arounders - We are Gymnastics !

FIG Official – 33rd Rhythmic Gymnastics World Championships Izmir (TUR) September 22-28 2014. With the All-Around finalists. Enjoy the clip ! Be sure to favorite and thumbs up the video and... 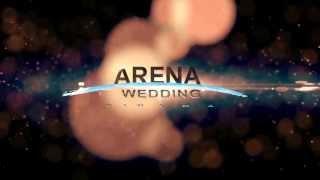 Izmir is a large metropolis in the western extremity of Anatolia and the third most populous city in Turkey. Izmir's metropolitan area extends along the outlying waters of the Gulf of İzmir and inland to the north across Gediz River's delta, to the east along an alluvial plain created by several small streams and to a slightly more rugged terrain in the south.

The Izmir International Fair, also spelled İzmir International Fair, is the oldest tradeshow in Turkey, considered the cradle of Turkey's fairs and expositions industry, and is also notable for hosting a series of simultaneous festival activities. The fair and the festival are held in the compound of İzmir's vast inner city park named Kültürpark in the first days of September, and organized by İZFAŞ, a depending company of İzmir Metropolitan Municipality.

Kadifekale (literally "the velvet castle" in Turkish) is the name of the hill located within the urban zone of İzmir, Turkey, as well as being the name of the ancient castle on top of the same hill. Both the hill and the castle were named Pagos in pre-Turkish times and by the local Greeks in modern times.

Located at 38.4, 27.15 (Lat. / Lng.), about 1 miles away.
Wikipedia Article
Geography of Izmir, Neighbourhoods of Izmir, Visitor attractions in Izmir, Mountains of Turkey

Eşrefpaşa is a popular and rooted neighborhood of İzmir within the metropolitan district of Konak. It does not have an official status and delimitation and exists rather as a notion. Eşrefpaşa encompasses up to twenty officially constituted and densely populated quarters (mahalle) in the city's inner parts.

İzmir Basmane Terminal is one of the two main railway stations in İzmir, the other being Alsancak. The station is serviced by regional train service going to Nazilli, Aydın, Ödemiş, Tire, Selçuk and Söke.

St. John's Cathedral in Izmir is the seat of the Roman Catholic Archdiocese of Izmir.

The İzmir Art and Sculpture Museum and Gallery (Turkish: İzmir Resim Heykel Müzesi ve Galerisi) is an art museum in İzmir, Turkey. Established by the Turkish state in 1952 as the İzmir State Painting and Sculpture Museum, the museum was later moved from the Kültürpark to its present location on Atatürk Boulevard near the Konak pier. The small museum displays mostly 20th century paintings and sculptures from Turkish artists, and has a substantial collection of works by Turgut Pura.

Hilal is a station on the İzmir Metro. It is located at the famous Hilal Junction on the site of the former Hilal railway station, that was demolished in 2002.

Basmane is an underground station on the Üçyol-Bornova Line of the İzmir Metro. The station is directly beneath Basmane Terminal and is a transfer point between Regional trains from the south to the Subway. Also the station is used for people travelling to the International Fair located near the station.

Yalı Mosque (Yalı Camii), also called Konak Mosque, is a Mosque in İzmir, Turkey. It is located on Konak Square in the heart of the city next to the Governor's Mansion and the İzmir Clock Tower. Despite its relatively small size, it is considered one of the landmarks of the city for its distinctive octagonal shape and elaborate tilework. The Mosque was constructed in 1755 under the patronage of Ayşe Hanım, the wife of Katipzade Mehmet Paşa who governed İzmir at the time.

These districts belong to İzmir.

These are districts that are close by, but belong to a different city than İzmir.

These are some bigger and more relevant cities in the wider vivinity of İzmir.