Local time in Edirne is now 04:15 AM (Tuesday). The local timezone is named Europe / Istanbul with an UTC offset of 3 hours. We know of 11 airports in the vicinity of Edirne, of which 4 are larger airports. The closest is airport we know is Haskovo Airport in Bulgaria in a distance of 51 mi (or 82 km). The closest airport in Turkey is Tekirdağ Çorlu Airport in a distance of 80 mi (or 82 km), West. Besides the airports, there are other travel options available (check left side).

There are several Unesco world heritage sites nearby. The closest heritage site in Turkey is Selimiye Mosque and its Social Complex in a distance of 0 mi (or 0 km), East. Looking for a place to stay? we compiled a list of available hotels close to the map centre further down the page.

When in this area, you might want to pay a visit to some of the following locations: Sirpsindigi, Orestiada, Karakasim, Lalapasa and Havsa. To further explore this place, just scroll down and browse the available info. 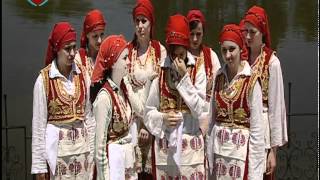 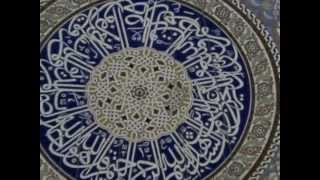 http://zoqy.net/ During our stay in Edirne, Turkey we visited the Selimiye Mosque. The mosque was commissioned by Sultan Selim II and designed by Mimar Sinan between 1569 and 1575. 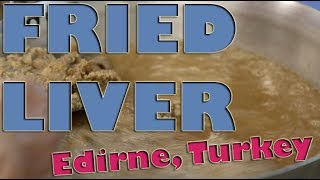 http://davidsbeenhere.com David's Been Here is touring all the top restaurants and best flavors in the ancient Turkish city of Edirne. If you're looking to sample one of the top favorite foods... 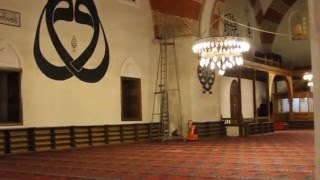 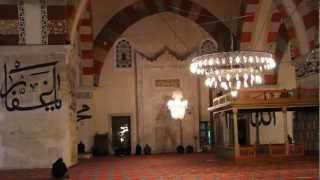 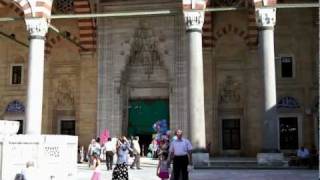 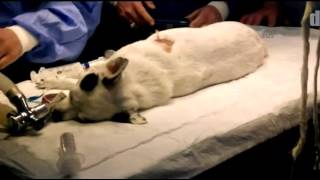 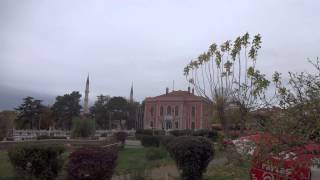 Edirne (still known sometimes by its old name Adrianople) is a city in Eastern Thrace, the northwestern part of Turkey, close to the borders with Greece and Bulgaria. Edirne served as the capital city of the Ottoman Empire from 1365 to 1453, before Constantinople became the empire's new capital. At present, Edirne is the capital of the Edirne Province in Turkish Thrace. The city's estimated population in 2010 was 138,793, up from 119,298 in 2000.

The Selimiye Mosque is an Ottoman mosque in the city of Edirne, Turkey. The mosque was commissioned by Sultan Selim II and was built by architect Mimar Sinan between 1569 and 1575. It was considered by Sinan to be his masterpiece and is one of the highest achievements of Islamic architecture.

Beyazid II Külliye Health Museum is in Edirne, Turkey. A külliye is an Ottoman architectural concept that designates a complex of buildings centered around a mosque and Bayezid II Külliye was built in 1488 by the Ottoman sultan Bayezid II (reigned 1481–1512). The complex contains a darüşşifa (hospital, medical center) and it remained in operation for four hundred years as of 1488 until the Russo-Turkish War (1877-1878).

Saints Constantine and Helena is a Bulgarian Orthodox church in Edirne. It was built in 1869 in less than seven months and is a prime example of the Eastern Orthodox church architecture of the period.

The Old Mosque is an early 15th century Ottoman mosque in Edirne, Turkey.

The Saraçhane Bridge (Saraçhane Köprüsü), also known as the Sultan's Bridge, Şahabettin Paşa–Sultan Mustafa Bridge or Horozlu Köprüsü (Rooster Bridge) is an Ottoman bridge across the Tunca river in Edirne, Turkey. The bridge was built in 1451 (H. 855) on the direction of Şahabettin Paşa, the Beylerbey of Rumelia in the court of Sultan Murad II. It is 120 meters long and 5 meters wide, with 11 piers and 12 arches. The bridge was repaired during the reign of Sultan Mustafa II in 1706 (H. 1113).

Edirne Synagogue, is an abandoned synagogue located in Maarif Cd, 10 in Edirne, Turkey. The synagogue was built in 1907 by the architectural model of Leopoldstädter Tempel in Vienna. The synagogue was in use until 1983 and could accommodate 1,200 worshipers, 900 men and 300 women.

Mimar Sinan Sport Hall (Turkish: Mimar Sinan Spor Salonu) is an indoor multi-purpose sport venue that is located in the Edirne, Turkey. Opened in 1971, the hall has a seating capacity of 2,000 spectators. It is home to Olin Edirne, which plays currently in the Turkish Basketball League.

These are some bigger and more relevant cities in the wider vivinity of Edirne.