Safety Score: 3,7 of 5.0 based on data from 9 authorites. Meaning please reconsider your need to travel to Morocco.

Al Hoceïma in Al-Hoceima (Tanger-Tetouan-Al Hoceima) with it's 395,644 habitants is located in Morocco about 185 mi (or 299 km) north-east of Rabat, the country's capital town.

Current time in Al Hoceïma is now 01:46 AM (Sunday). The local timezone is named Africa / Casablanca with an UTC offset of one hour. We know of 8 airports close to Al Hoceïma, of which one is a larger airport. The closest airport in Morocco is Cherif Al Idrissi Airport in a distance of 8 mi (or 12 km), South-East. Besides the airports, there are other travel options available (check left side).

There are several Unesco world heritage sites nearby. The closest heritage site in Morocco is Medina of Tétouan (formerly known as Titawin) in a distance of 45 mi (or 72 km), North-West. If you need a hotel, we compiled a list of available hotels close to the map centre further down the page.

While being here, you might want to pay a visit to some of the following locations: Imzouren, Rouadi, Boudinar, Senada and Targuist. To further explore this place, just scroll down and browse the available info. 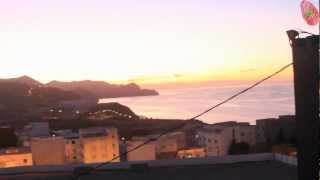 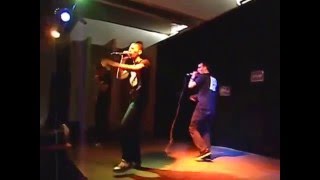 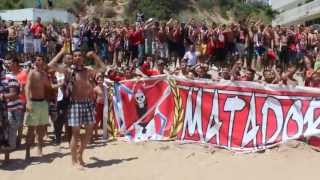 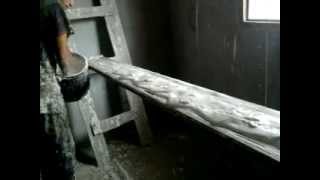 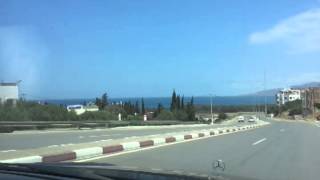 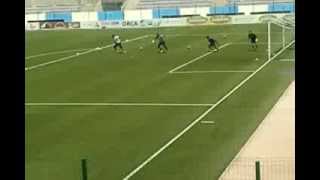 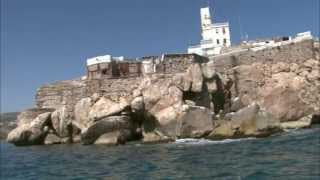 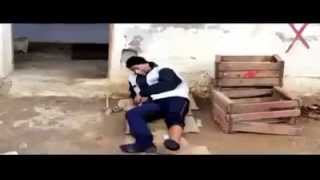 Peñón de Alhucemas ("Lavender Rock") is one of the Spanish plazas de soberanía just off the Moroccan coast in the Alboran Sea. It is also one of several peñones, or rock-fortresses, on the coast of Northern Africa. Peñón de Alhucemas, together with the islets of "Isla de Mar" and "Isla de Tierra" slightly to the west, form the Alhucemas Islands.

Al Hoceima is a city in the north of Morocco on the northern edge of the Rif Mountains, and on the Mediterranean coast. Al Hoceima and its surrounding regions have a population of 395,644 (2004 census). Al Hoceima is the capital of the Taza-Al Hoceima-Taounate region. It is situated in the territory of the Ayt Weryaghel and Ibeqquyen tribes of the Rif, who speak Tarifit Berber, locally called Tamazight.

The 2004 Morocco earthquake was a magnitude 6.4 Mw earthquake that occurred on 24 February 2004 near the coast of northern Morocco. At least 631 people were killed, 926 injured, 2,539 homes destroyed and more than 15,000 people homeless in the Al Hoceima-Imzourene-Beni Abdallah area, Morocco. Maximum intensity IX in the Imzourene-Ait Kamra area. Ground cracks and landslides were observed between Ajdir and Beni Abdallah and maximum horizontal acceleration of 0.24g was recorded near Imzourene.

Stade Mimoun Al Arsi is a multi-use stadium in Al Hoceima, Morocco. It is currently used mostly for football matches, on club level by Chabab Rif Al Hoceima of the Botola. The stadium has a capacity of 12,000 spectators.

These are some bigger and more relevant cities in the wider vivinity of Al Hoceïma.