Marrakesh
in Marrakech of Marrakesh-Safi, Morocco

Marrakesh in Marrakech (Marrakesh-Safi) with it's 839,296 habitants is a city located in Morocco about 178 mi (or 286 km) south of Rabat, the country's capital town.

Current time in Marrakesh is now 10:10 PM (Tuesday). The local timezone is named Africa / Casablanca with an UTC offset of one hour. We know of 8 airports closer to Marrakesh, of which one is a larger airport. The closest airport in Morocco is Menara Airport in a distance of 3 mi (or 5 km), South-West. Besides the airports, there are other travel options available (check left side).

There are several Unesco world heritage sites nearby. The closest heritage site in Morocco is Medina of Essaouira (formerly Mogador) in a distance of 16 mi (or 25 km), South-West. Also, if you like playing golf, there are some options within driving distance. In need of a room? We compiled a list of available hotels close to the map centre further down the page.

Since you are here already, you might want to pay a visit to some of the following locations: Sidi Bou Othmane, Moulay Brahim, Tidili Mesfioua, Amizmiz and Tizguine. To further explore this place, just scroll down and browse the available info. 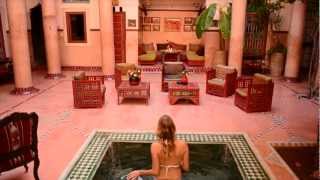 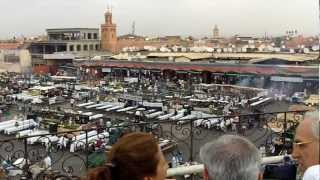 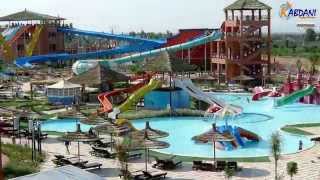 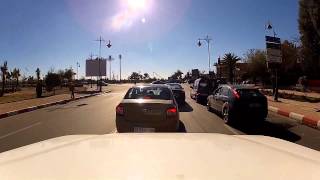 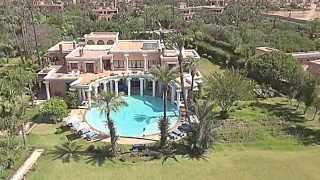 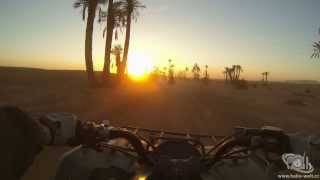 Airflow in your hair, sand between your teeth and a lot of fun! That's a quad tour in Marrakech Morocco! Have fun with the first video and read more about it here: http://www.hallo-welt.cc/2014/02/... 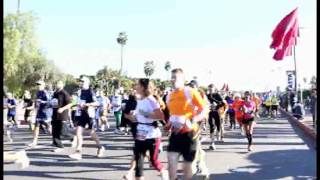 Video of all competitors running at the start of the Marrakech semi/half Marathon 2014 See HD version at http://www.youtube.com/watch?v=81iz3WMh99k. 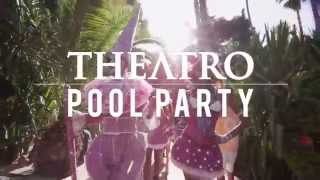 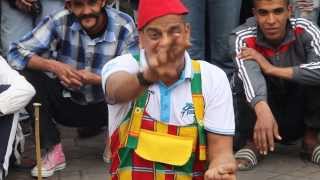 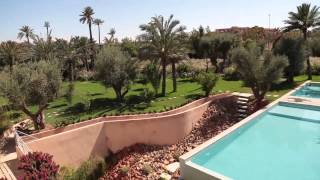 The Majorelle Garden is a twelve-acre botanical garden and artist's landscape garden in Marrakech, Morocco. It was designed by the expatriate French artist Jacques Majorelle in the 1920s and 1930s, during the colonial period when Morocco was a protectorate of France.

Jamaa el Fna is a square and market place in Marrakesh's medina quarter (old city). The origin of its name is unclear: Jemaa means "congregational mosque" in Arabic, probably referring to a destroyed Almoravid mosque. "Fanâʼ" or "finâ'" can mean "death" or "a courtyard, space in front of a building. " Thus, one meaning could be "The mosque or assembly of death," or "The Mosque at the End of the World".

Located at 31.6258, -7.98944 (Lat. / Lng.), about 1 miles away.
Wikipedia Article
Marrakech, Souqs, Moroccan culture, Masterpieces of the Oral and Intangible Heritage of Humanity

The Ben Youssef Madrasa was an Islamic college in Marrakech, Morocco, named after the Almoravid sultan Ali ibn Yusuf (reigned 1106–1142), who expanded the city and its influence considerably. It is the largest Medrasa in all of Morocco. The college was founded during the period of the Marinid (14th century) by the Marinid sultan Abu al-Hassan and allied to the neighbouring Ben Youssef Mosque. The building of the madrasa was re-constructed by the Saadian Sultan Abdallah al-Ghalib (1557–1574).

El Badi Palace is located in Marrakech, Morocco, and these days it consists of the remnants of a palace commissioned by the Saadian Sultan Ahmad al-Mansur in 1578. The building of the palace was financed by a ransom paid by Portugal after the Battle of Three Kings. The original building is thought to have consisted of 360 rooms, a courtyard of 135 m by 110 m and a pool of 90 m by 20 m, richly decorated with Italian marble and large amounts of gold imported from Sudan.

Bab er Robb (Arabic باب الرب) (meaning Lord's gate) is a southern gate exit to the city of Marrakech, Morocco, near Bab Agnaou. It leads to the roads that lead to the mountain towns of Amizmiz and Asni.

The Saadian tombs in Marrakech date back from the time of the sultan Ahmad al-Mansur (1578-1603). The tombs were discovered in 1917 and were restored by the Beaux-arts service. The tombs have, because of the beauty of their decoration, been a major attraction for visitors of Marrakech. The mausoleum comprises the interments of about sixty members of the Saadi Dynasty that originated in the valley of the Draa River. Among the graves are those of Ahmad al-Mansur and his family.

Bab Agnaou (Arabic باب اكناو) is one of the nineteen gates of Marrakech, Morocco. It was built in the 12th century in the time of the Almohad dynasty. The name Agnaou, like Gnaoua, in Berber refers to black people (cf. Akal-n-iguinawen - land of the black). The gate was called Bab al Kohl (also referring to black people) or Bab al Qsar (palace gate) in some historical sources. The function of the gate must have been representation, first of all.

The 2011 Marrakech bombing killed 17 people in the city of Marrakech, Morocco on 28 April 2011. The blast, from a bomb left in a bag, destroyed the Argana cafe in Jemaa el-Fnaa square, a popular tourist spot. At least 20 people were injured. Most of the dead were tourists, including one group of French students.

The Ben Youssef Mosque (also known by its English spelling as the "Ibn Yusuf Mosque"), is a mosque in the medina quarter of Marrakesh, Morocco, named after the Almoravid emir Ali ibn Yusuf. It is arguably the oldest and most important mosque in Marrakesh. The first mosque in Marrakesh was erected by the Almoravid emir Yusuf ibn Tashfin in the 1070s, to serve as the central congregational mosque of the fledgling city.

These districts belong to Marrakesh.

These are districts that are close by, but belong to a different city than Marrakesh.

These are some bigger and more relevant cities in the wider vivinity of Marrakesh.